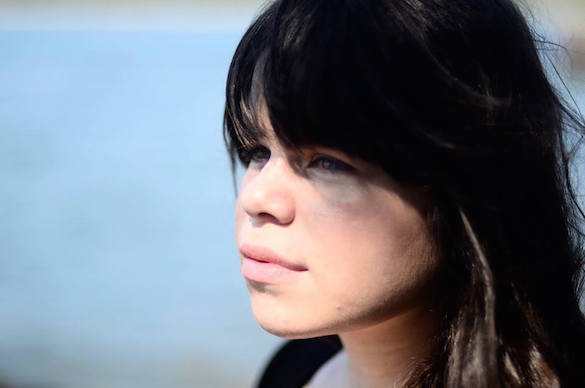 Oklahoma’s Samantha Crain has toured with Deer Tick and First Aid Kit; she has worked with producer John Vanderslice and toured with Ade Edmondson. Now she is bringing her unique music to the UK for more live dates. Samantha plays at London’s Lexington, tonight, 29th July, and you should consider going. Full details on the Lexington’s website and tickets can be bought here.

Samantha spoke to Louder Than War’s Melz Durston, about her recording, touring and plans for the future.

Louder Than War: You’re signed to Full Time Hobby records now. How has this shaped your creative direction?

Samantha Crain: They picked me up because they liked the record and what I was doing. I’ve never worked with anyone in my career that pushed me to be something I’m not or asked me to make a certain type of art, and I certainly wouldn’t start now. Full Time Hobby has a love of artists and individual creativity. I wouldn’t be working with them if they didn’t.

Do you find it more inspiring to be “on the road” and writing music or do you find as much material in your more settled existence, when living and working in one place?

I don’t necessarily write better on the road or at home, I just write in bursts. Songwriting is actually quite hard for me these days, but that isn’t necessarily a bad thing. It just takes a lot longer and more thought on my part to figure out what it is I’d like to accomplish in a song. But when I have a breakthrough, I write four or five songs in a couple days. Then I go back to the other parts of my life. Now I have to write songs as I live them or experience them, which takes a little longer.

How does your current record, Kid Face, reflect you as a person? Do you feel that it is your most true-to-self album this far into your career?

I think every record I’ve made has been the truest at the time it was made. They are each a representation of the person I was at that point. This record, Kid Face, is, however, the most autobiographical album I’ve done. It is completely based on my own life, my own relationships, my own experiences.

Is touring like one big hitch-hike around the globe or does it feel more like a crazy full-time job, these days?

Touring in the North of America is a little more laid back, we have time to do things, visit people, see things. But when I go over to Europe, I’m usually on a pretty tight schedule. Since I don’t get overseas as much, we are just trying to pack in as much gigging and promotional stuff as possible. I have made some friends in London and Edinburgh and love to catch up with them when I can and I am a lover of travel so sightseeing is important to me too. All things in moderation! 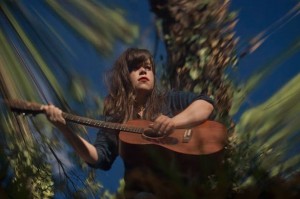 You toured with Klara and Johanna of First Aid Kit, in 2010, and it struck me how comfortable and at ease you were on stage, and your connection with the audience. Is music most akin to who you are, or do you have other means of expressing yourself?

Music is my main way of expressing myself. I do a bit of visual art, painting and drawing, but music and writing is the main format for me. I am a bit of an odd duck, you saw that right! I was raised to be very comfortable with myself and I think that comes across in my shows. But I’m pretty much the same on stage as I am off of stage. My shows are very transparent. I’m a horrible actor, really bad a pretending.

Tell us a bit about your time working with John Vanderslice…

John is amazing. He is a genius. We clicked immediately and have almost identical tastes as far as records go. So having him produce was just like having someone read my mind and making sure that those ideas happened in a really effective and efficient way. His studio is really cozy, not over the top, but not under-stocked either. He has all the essentials there, nothing more, nothing less.

Who, past, present, or future — would you most like to have dinner with, what would be on the menu, and what music would play on the jukebox?!

Flying, and touring, are you a cloud-gazer or a film-buff, in-flight?

On airplanes, I don’t usually bother myself with what’s going on outside the plane windows unless its take off or landing. I like to look at the cities when we get below the clouds but other than that, I’m not really a cloud gazer. I do like to watch movies and it’s a perfect amount of time to bring a quick read book and just knock that out of the park.

Samantha Crain and her band play at London’s Lexington tomorrow night, Tuesday 29th July. She’ll be supported by Heed The Hunter. You can still get tickets.

Samantha Crain will return to the UK in August for a series of festival appearances including Green Man, Wilderness, Electric Circus, Greenbelt and End of the Road. Find out more at her official website here: samanthacrain.com.

Samantha can be found on Facebook and she tweets as @sjcrain. You can also find more music by her at her YouTube channel.