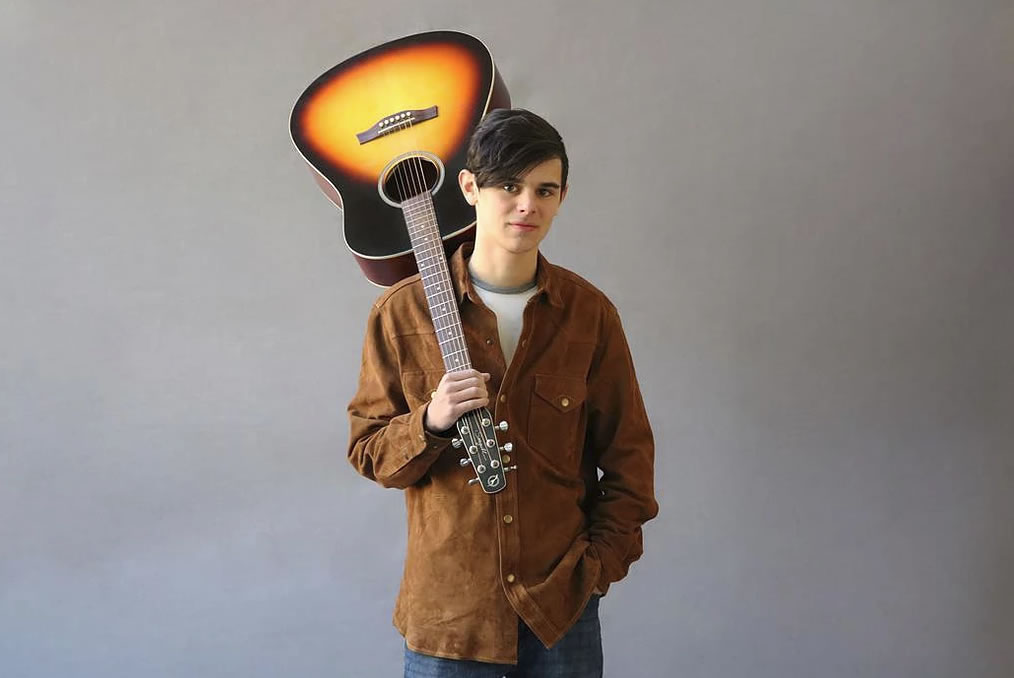 Singer/songwriter, multi-instrumentalist, Sam Levin, has recently released his new album, “Frame of Mind”. A New York based, talented artist, Sam picked up a guitar and started playing at age 5. Between the age of 7 and 11, he’d already begun to write and record his own songs, having released several self-produced videos as well. By the time he was 12 he had released his own EP titled ‘I’m In Here”. At just 15 years old, he has launched his first full length album. 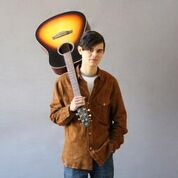 Sam began performing live at age 7 at an open mic, and continues to perform at coffee houses and community centers, and has even completed a shirt tour in London. I spoke with Sam, who has an innocent sensibility and a maturity way beyond his 15 years.

His songs contain a passionate wisdom, that examines love, loneliness, friendship and struggle. It reflects experiences from the last year and a half of his life.

Louder Than War: How long have you been playing music?

I started playing guitar when I was about 5 years old, so ten years ago. My first open mic was when I was around seven, and I started playing shows like that right after. I didn’t start writing till I was maybe nine, but it’s come along way. I am definitely a lot different now than I was.

How old are you now?

Do you play live shows in New York? I mean you’re not even close to drinking age. Do they even let you in?

I try to. When I’m recording I don’t play as much, but when the stuff comes out I go and play it. I went to London for a week, and I played there. I just try to find gigs as often as possible. There was one place in London that didn’t let me in, but everywhere else they definitely appreciate musicians and everything like that.

I’m going to be a sophomore and high school.

Where can fans find your songs?

Well, they’re everywhere. Normally when I’m playing a live show I try to challenge people to find a website or a streaming service that doesn’t have my music on it. It’s on iTunes, Spotify, Apple Music, all that stuff.

Which of your songs would you choose to help change it?

I’d probably say, “Shades of Pale”. It’s towards the beginning of the album.

What inspires your song writing?

I was inspired by just the last year and a half of my life. I was starting high school, and it was a big transition period for me. So the entire album is about my experiences doing that.

What do your friends think about your music career?

They’re pretty cool about it. I try not to talk about it all the time, because I don’t want to brag about anything, because there is nothing to brag about yet. I’m trying. But they are all very supportive.

Definitely bigger than I am now, but I want to stop getting bigger at a certain point. Someone asked me my ideal number of followers, and I said 20 to 30 thousand followers, somewhere in that range. Right now I have 2000, and I’m about to hit 3000 on Spotify. So I want to be small but I want to also have an audience.

What’s your next step?

Today was actually the first day of starting a new project. I’m actually going to do another album pretty soon.

How many songs do you think you’ve written in your life?

I’ve taken song writing classes, so they normally had me writing songs more frequently. Just last week I wrote three or four songs. So it’s definitely a big number. I just don’t know how many of those I will end up using.

Who inspires you in the music industry?

If you could play anywhere in the world, where would you choose?

If you could change one event in history what would you change?

That’s a tough one. It would be cool that if I had music from today, and I brought it back and showed it to people 30 years ago, how would that change music today. Like if we moved much faster how far would we be like 50 years from now? What’s  the music going to be like? So I find that interesting.

That’s actually a cool answer to that question. So if you could tell your fans and followers anything, what would you tell them?

I’d say to vary the type of music that they are listening to. Maybe just try out a different genre, or try out a new band that they’ve never listened to. Don’t  get stuck on one band, and one genre.

I like when you get something from the audience, like if you play one of your songs and they laugh, or if you finish and they clap for you. If I’m just playing by myself that’s an entire section that I don’t get.

Anything else that you want to promote?

I just updated my website. I’m selling T-shirts and stickers.