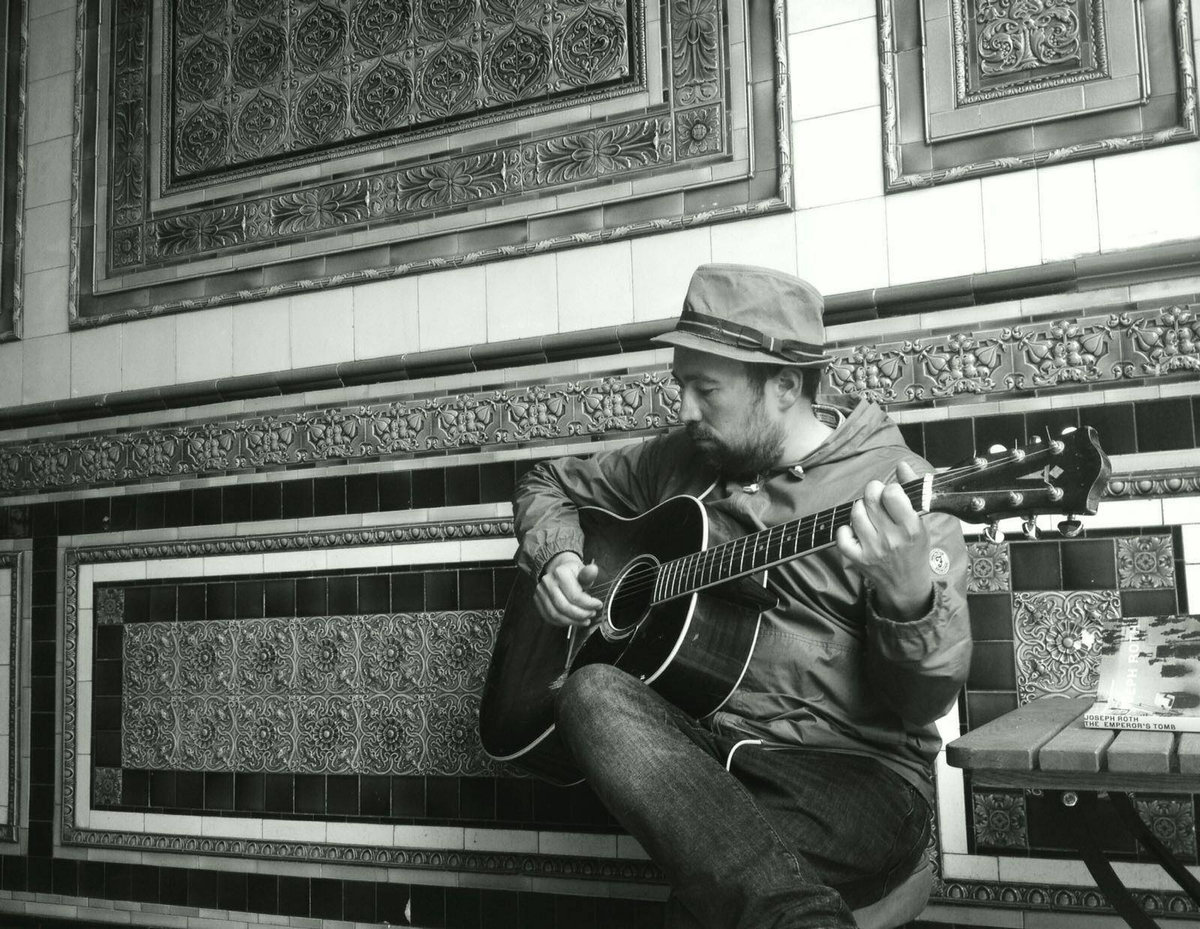 There is a brand new album by RW Hedges. He is a genius songwriter. Not a lot of people know that. Well, they should. YOU should. His 2008 album Almanac was one of my favourite albums of that year: an autumnal, folksy but gutsy collection of beautifully written and arranged songs, fuelled with intelligent lyrics, and reminiscent of Village Green-era Kinks, or Rubber Soul-era Fabs. So what has he been up to since? There’s the brilliant new album Hunters in the Snow for starters, as well as live shows in London to launch it. But let Roy Hedges tell you.

Pieced together on a canal boat in London, and drawn from the golden days of easy listening, the new record by RW Hedges finds Roy Hedges and song-writing partner, producer, and label-mate Luca Nieri in beautifully compelling form. The collaboration came after a chance meeting in Hyde Park, bringing the childhood friends back together, having previously played in bands together during their youth.

LTW: How were the launch shows for the new album?

Roy: The Shows were excellent, we astonished the crowds by slipping in some new material from our collection of animal songs…

In a recent piece I read about you, they refer to you as “they” – is RW Hedges a band or is it you?

“They” is OK because behind every great artist there is probably a great producer and co-writer just as in the case of RW Hedges. There’s just the two of us playing on the album but Ruari Meehan played some wonderful organ. I like RW Hedges as it sounds strong and trad, and is “writerly” or maybe “painterly”. If I was just Roy Hedges, which I am in real life, then I would just do some Gardening. Which I do.

Tell us about your collaboration with label-mate Luca Nieri

Luca is the closest I’ve come to meeting a Musical genius. (Maybe the other is pianist and Costa Concordia survivor, Antimo Magnotta) I think it’s not just the fact that Luca can play lots of instruments, adapt his style or do trickery with several fuzzy boxes – but the fact that that he LISTENS. He listens and listens. Poor guy has to listen to me all too often, but with Luca there is always a resolve at the end, when he nails an arrangement or finds a wonderful turn or progression that made the song special. Luca works with other Artists such as John Stammers (label-mate on Wonderful Sound). As a producer and musician, Luca treats John in the way John needs to be treated. With some producers, it’s that copy and paste mentality, but not this one.

Tell us about your influences: in general and particularly on the new record

On the new record it’s like this: Leonard Cohen, Dylan Thomas, Charles Dickens, Rembrandt, The Beatles, Dusty Springfield, Jo Stafford, The Ink Spots, opium-related Victorian literature….I’ll stop! My point being not just music, but art, film and culture. And on our current projects the influences cast a look back at the birth of popular song. I have been studying for it. I totally believe that individualism needs to be done away with. It’s all drivel. We should be looking at the collective idea in music. In politics, as a society. I wasn’t meant to say that but I did.

Your Almanac album was one of my favourite records of 2008. What have you been up to since?

Thanks, man, it’s not a bad record. Since then I made a satirical website with a friend called Angerland. It offended the right people, and the current climate we are in is in need of a similar thing – but it’s been stored away for a rainy day. Maybe an exhibition one day. It was fun collage work with cut outs and wordplay much taken from those cheap women’s magazines that are so full of sad and dark stuff. We made videos for it, I dressed up as a yellow character running through the streets, danced in Ugg Boots in Queens Park in some outlandish military regalia, wrote articles about Bowie and Boris in Bendy Bus ban or Ghost sex stories. Weird stuff. I travelled, I formed another band but that didn’t work out. I was in the top 5 for Mojo singer songwriter awards 2011. Can I say here that I hate awards and competitions I thought everyone involved in the Mojo thing including myself was all fake and desperate, and if I could get X factor off the air I certainly would do so immediately. The Heartbroken Ep came out 2014, and Christmas 2016 was the release of Wild Eskimo kiss. This was a departure and signalled something that I only see in hindsight. I am not in a band and I am not a singer-songwriter. I write book/song projects from now on as everyone else seems to be busy boring us to death with the rest of it

How did you get involved with Keith Levene who mastered Almanac?

I didn’t: that was Adam Russell, the producer. When I finally met Levene we had a try at some music but things fizzled out. I also worked with Sam Williams once, who produced the first Supergrass album. That didn’t work out. At the time it was all Travis and Coldplay and so that was part of what he was trying to do with us. If you could see my face when I’m saying this you’d realise exactly what I think of these experiences. I’m better off without listening to the wrong people suggesting all the wrong things.

Too right! You’ve already started on new work. Tell us about that and the way it will be available There are 3 Projects at the moment: a follow up to the new album which will be less silvery and melancholy and more golden and swaying. That’s written and I think it’ll be your cup of tea. We have made a songbook of 13 Animal songs, which are among some of our best work. There’s one that I treasure called “The Old Lantern Show” It’s like one of those 1940s Disney waltz ballads. Then we are doing a project on love songs/instrumentals. Think Exotica, Tin Pan Alley, yearning stuff, dreamy and sometimes sentimental but not cheesy. It’s a difficult thing to do. Just listen to the awful mess they made of love songs in the ‘80s: Tiny dancer? Gross. No! What we need again is a delicate balance. Heart needs to replace waving arms and meaningless slush. Think about it. Where are all these great songs? Objectivity is both essential and has a lot to answer for.

Also from the usual places such as iTunes and Amazon.

The Hunters In The Snow by R. W. Hedges