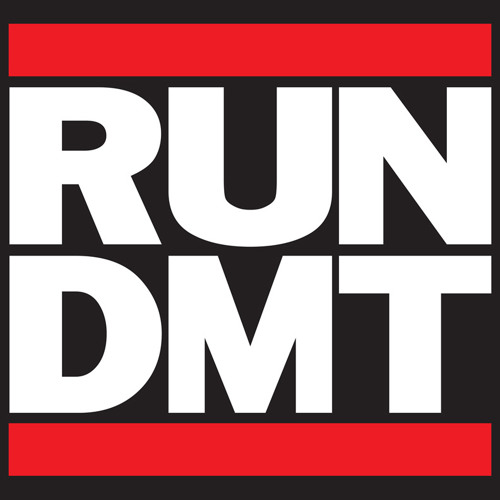 The powerfully, symphonically produced and orchestrated electronic masterpiece Revolutionaire via artist RUN DMT falls somewhere in between “The Exorcist” and insanity, in the most brilliant way possible. The full length CD, with its audacious, classical, musical, excitement, and it’s sexy and compelling transcriptions, will be unleashed to the unsuspecting world on August 14. 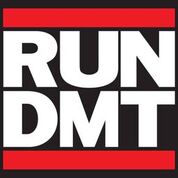 John D Robbins, the brain-child behind RUN DMT took a 3 year hiatus and then returned to the studio in 2016 to create this release. Now just moments away Revolutionaries will be unveiled featuring collaborations with Barrington Levy, Dirt Monkey, Subtronics, Jacq Zeale, and many more.

RUN DMT has performed Coachella, Wakarus, Float Fest, Snowball, Snowglobe, and Warped Tour 2013. He has had music on ESPN, X Games, and Fast and Furious 6, and has officially remixed for: The Who, Twenty One Pilots, Diplo, Major Lazer, and several others.

No matter what kind of music you like, you will find something out of the ordinary to love on this album whether it be the mystery of the music, the electronic rap, the larger than life, sonic drama, or the salacious drone evoked within several of the tracks. I was fortunate to speak with RUN DMT whilst he gave LTW a history behind the sound.

Louder Than War: Your music is so crazy!

I want to know what goes on in your head to inspire that music?

Life! Taking a long break of writing anything for awhile, and then coming back with just a load of…..I’m 34 years old now, and you know that period between your late twenties and your mid thirties? It was a big transition for me and a lot of my friends. So I guess this album is kind of a reflection of that.

You say that life inspired you. Well I want to know about what kind of life you have to inspire that kind of music?

I came from about as average of a family as you get, and I did everything in my power to try to make my life more difficult. I’ve been in some interesting positions in life, a lot of ups and downs. Everybody has their own paths, but I sort of made my own trouble. I had such awesome parents  who tried so hard to make sure things were easy for me. I guess the rebel spirit in me didn’t really take to that too well. I had that idea that struggle makes you grow and become a better person ….

Judging from this release, you must have struggled a lot.

I did. I have gone through a lot as I said between ups and downs I’ve found myself now in a really awesome place. It’s crazy because as this album is coming out my perspective on things has lightened up a lot. It was the stress from writing this thing, and having different management breathing down your neck for this reason or that. But, weirdly enough in just the last week or so I felt a breath of fresh air, and started to enjoy what I’ve done with this thing. It’s real personal and then coming at it from a different standpoint then I did with the previous album. This is the first thing I put out in four years that I have considered an official release. There is a lot of growth between then and now. Back then it was about, hey let’s make a career out of this and do shows. It was the hey day of electronic music. It was a lot easier to just go and play in front of a ton of people. As the industry has kind of waned so has my interest for that particular aspect of it. So what I have done is gone back to why I started writing music in the first place, way back in 2002, which was just to make music. It was to see if I could put something out there like a piece of myself, and see what happened. To see if people liked it. So that’s kind of where this whole thing landed. It’s more or less a tribute to the people that have supported me over the years and to the music that inspired me to write in the first place.

How do you write the music, do you play an instrument, or do you just produce it?

Yeah, now I’ve become more of a producer, but I grew up as a band nerd. My parents had me on instruments growing up since I was very young. I like to think of the production part as more of what a composer would do with a symphony. That’s what I’m really into because I love classical music, that and a lot of jazz as well. So my rhythmic side and my composition side, they are both very thirsty. So when it comes to writing music I really enjoyed the idea of having control over several different aspects all at once, being able to pause and move things, and make it sound exactly the way it’s coming across in my head. It’s a really cool experience playing in bands in school, and then later on playing in rock bands and things of that nature. You have to get it right the first time, the second time, or how ever many times, and the more people you have in the band the harder it is to get it all right. So it’s kind of a cool experience to slow down and not have to worry about the urgency of playing in a band. I started liking electronic music fairly young.

Your music is very large and theatrical.

I’m glad, I was trying to go for something cinematic. Each song is kind of like a scene out of a movie. I’m really glad that that came across, because that was defiantly what I was going for.

I really appreciate that because that’s my heart going back to what music really is, which is composition and people playing together. It’s a really cool world we live in where somebody can do that. Like I said it’s been about four years, and I’ve really done some cool stuff. I’ve done a lot of commercial things, I’ve remixed for a lot of people in the industry. I did a remix with The Who, it was for an ESPN spot. It never came out but it ran on the ESPN football for a whole season. It was really awesome and that took me a long time because that’s a band I grew up with. My parents were into classic rock and pretty much anything contemporary from the 60s to the 80s. So it’s cool to be able to do something for a band that you grew up listening to in the car on the way to school.

Are you planning to tour with this?

I’ve been on the road for the last six years doing this, I’m getting older and I’ve got my family and everything so I’m at a point for me, the important thing is to make sure people hear this. I play shows. Right now I’m doing DJ sets. Doing this live, I honestly wouldn’t know where to begin. There is just so many parts to manage. Doing the Dj thing is really awesome and the way to really get this music to be heard. What my experience has been with the crowds,
especially in the  electronic world, is for you to play this music to them, that’s the bottom line. They really don’t care how you deliver it. A live band is always way more impressive in my opinion but we reserve the methods that are really the most efficient. There’s not a lot of ways you can do this stuff live because the sounds are completely automated, electronic synthesizes, and things of that nature, and the computer.

If I could afford it that’s something I would do. Animation is something I wanted to so bad. With this album I originally had kind of comic books sort of ideas. I couldn’t find an affordable artist to do what I needed him to do, but believe me if I could go that route, that would be heaven on earth for me. I’m a bit of an introvert. I like to be at home, and not go out all the time, so to do virtual shows would be amazing. To put together a world like the Gorollaz did . I think that’s a computable thing to do for an artist to create a world for their audience to step into when they go see them live.