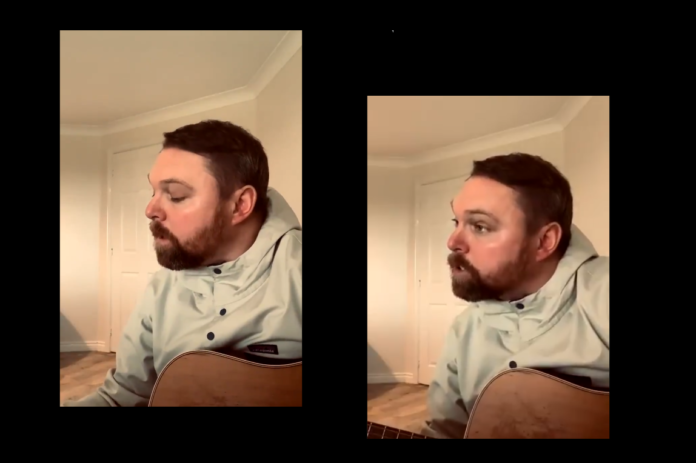 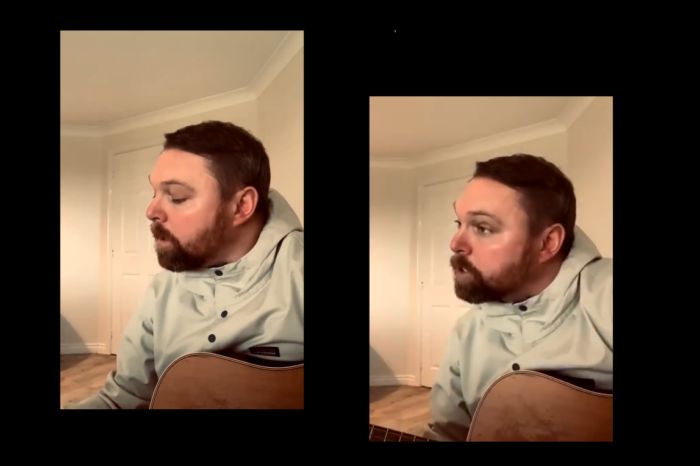 Named after a Middlesbrough FC legend, the talented mister Ripperz has swapped the beautiful game for beautiful music. Sam Lambeth caught up with one of England’s most talented singer-songwriters.

The young lad hugs the touchline more than he cuddles his own mother. He whips in delightful cross after cross, always sticking it to the feet of his teammates. The other boys – all older, all more physically advanced – watch in awe. They ruffle the bright blonde hair of the boy and all say the same thing – “well done, Rippers.” It’s a homage to Middlesbrough magician Stuart Ripley, a fantastic footballer who would go on to win caps for England. Rippers smiles and mulls over the new nickname – not bad, he thinks, not bad at all.

That was back in the 1980s in a Middlesbrough comprehensive. Since then, the boy they christened Rippers has evolved from a marauding winger to a melodic warbler. The name has stuck, but with one noticeable difference.

“Everybody calls me Rippers, even my own family, but in my opinion, there is only one Rippers and that’s Stuart Ripley,” the boy, now a man, smiles. “So I changed it to a ‘Z’ at the end.”

Football and music have always been a big part of Ripperz’s life, but lately, the latter has taken precedence. Since releasing his debut single, Lost Souls, during the 2020 lockdown, Ripperz has been on progressing faster than his footballing idol. His music – soaring, harmony-driven, jangly, bittersweet – is unique and individual, high-charging melodies that recall dusty open highways. His forthcoming single, Give Me A Reason, will cement Ripperz’s place as one of the UK’s most promising singer-songwriters.

Growing up, he was raised on a steady but sublime diet of Roy Orbison, The Beach Boys,  The Stone Roses and Oasis. It makes perfect sense – you can hear the melodic sensibilities, the jangly introspection and the anthemic confidence of all of those artists. Ripperz works on his tracks with multi-instrumentalist Patrick Jordan, whom Ripperz credits for shaping his songs.

“Every track I write is on an acoustic guitar, but I then work with Patrick to build the song and to get it sounding like how it sounds in my head,” Ripperz says. “I’ve got all these great ideas in my head, but in terms of playing solos and other instruments, I don’t have the talent or patience to do that. I’ve been known to hum the solos to Patrick…I’m easily the best guitar hummer in Middlesbrough!”

After spending time in numerous bands – “real life just got in the way” – Ripperz is now firmly set up as a solo artist. For what began as a lockdown hobby, things have escalated wonderfully. Now there is talk of an EP, maybe even an album one day, and certainly some gigs.

“If you’d have asked me in January, I’d have said no to all of that,” Ripperz says. “But because I’ve been spitting songs out, and I’ve had decent feedback, it’s given me a real appetite to play live. I’ve every faith in these songs sounding banging on a stage.”

The EP, Ripperz states, will consist of his current crop of songs and a couple more. More than anything, though, Ripperz isn’t getting too carried away in long-term goals and strategies. “For me, it’s all about enjoying the process,” he says. “Enjoying is the keyword here…if the enjoyment stops, the songs will stop.”

Judging from the wide smile on his face though, these songs – like those whipped crosses he produced effortlessly as a blonde-haired boy – won’t be stopping any time soon.

Ripperz is on Twitter and his music can be heard on Spotify.