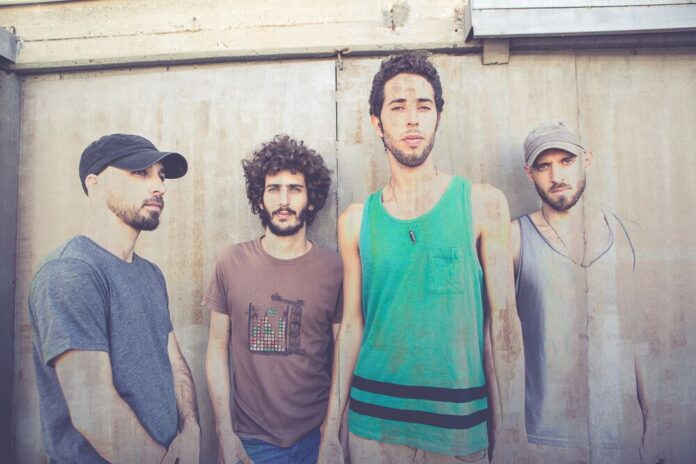 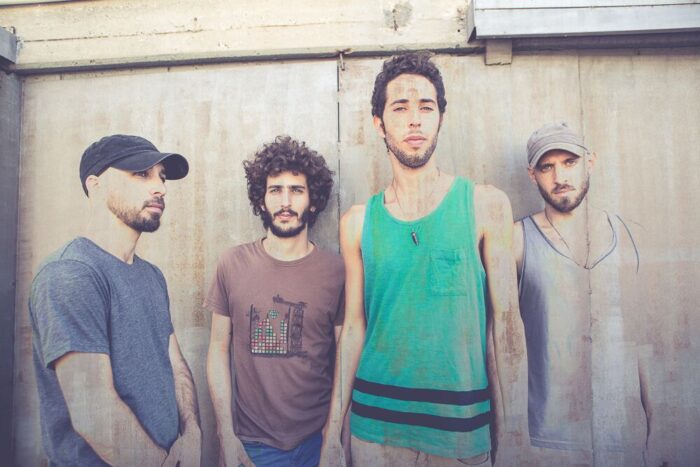 Intense, swirly and electronic psychedelic Israeli band, Tiny Fingers, have just released their new album, “The Fall”. Rick Leach spoke with Oren and Boaz from the group about classical music, football, the travails of being an Israeli band and the role of humour in music.

“The Fall” seems to have been very well received so far; I certainly love it and have been raving about it to anyone who’ll listen to me! It seems to me that there is some overarching theme in there from the title track, right through to “Music for the Sun”. Am I right or am I reading too much into it? Is there an idea that runs through it all and if so what is it?

Oren: We can say that the theme of “The Fall” is sort of the main theme of the album, and we also feel like it’s running along the whole record, even if not musically but more in a vibey way. For us it feels like the whole thing is just a one long track. The main idea that runs through the album is this kind of concept that we tried to achieve ; of music that stays dynamic and flexible. We have been spending a lot of time in the studio trying to teach ourselves as a group to play in a more reactive way with each other. We tried to deliver that ever-changing dynamic feel into music expression. This album is very personal and deep and reflects the personal and professional changes in our lives, as a group and individuals.

If you had to describe Tiny Fingers music to someone who’d never heard you what would you say? How would you describe yourselves?

Boaz: Basically it’s psychedelic, trippy, intense and deep music. But I think the best answer will be: just listen by yourself, experience it and feel it the way you want and give it the name you want. Because it’s really hard to define it and say it’s a certain musical genre. Also we don’t think about specific music style when we create music, we are just letting it flow and feeling it together, and that’s what we want the crowd to feel as well. We are more interested that our audience will experience the moment with us, in a free and creative way. If people would say it’s rock/psychedelic/electronic music, it’s half of the truth, and it blocks the music, it places it in a very specific area, and it can be many other things at the same time. It combines all of them and more, but it’s much more about the energy and vibrations we feel as a band together, and it changes often.

Oren: During the last couple of years we have gained an interest in classical music. None of us came from the classical music world but we have a lot of respect for it, for it makes the music itself the most prominent element, something that often doesn’t happen in other genres such as rock and pop, where the look and popularity is main goal. We dug some music of Stravinsky, Debussy and more composers, so maybe it somehow find its  way to our music in some indirect way. The form of the orchestra is a very inspiring thing. Just like a massive instrument that can deliver almost infinite possibilities of tone colours and expressions. It’s a very old form of music and performance, yet it stays fresh and futuristic.

Could please I ask each of you what your all time favourite, must-listen record is?
Just one album from each of you!

The music scene in Israel; has it been helpful for you or not and what difficulties have you faced? For me it doesn’t matter one way or another, as the music is the most important thing, but how do you feel about people sticking the “Israeli band” label on you? Does that happen at all?

Boaz: The music scene in Israel helped us to develop. We started playing at a time when a lot of alternative festivals started to happen in Israel, and there were a lot of people who wanted to hear something different. So we got to perform in a lot of festivals and we got good exposure every year, so I guess we could say it helped us to develop and gain more of a crowd each time.

We don’t mind the label of an “Israeli band”, because we live here and create the music here. But also for us it doesn’t really matter, I guess that if we would be living in a different country we would continue making music all the time. There is the difficulty that Israel is quite isolated in a way, because there are no good relationships with the countries around us, and Israel is really small so it’s not easy to go on tours because it means we have to fly to Europe or other places and not just to take a van and drive for a month and perform wherever we can. We wish for peace and that we could one day just go on tour in a van to Lebanon, Syria, Iraq, Iran and everywhere…

I first saw you at the Liverpool Sound City Festival in May and was stunned (along with many others, I think) with your live performance. Do you prefer playing live or making music in the studio?

Oren: We really like both worlds. For us, playing live is where we have the chance to spread out our energy, and to give the music to our fans in a direct, full volume, in your face way. The fill of live music its something that cannot be over-estimated, and cannot duplicated in studio, no matter how hard you try. The studio is the place where we can really zoom in and realize ideas and experiment with new gear and equipment. It’s some kind of opposite as in the studio you have a full control over the music, something that doesn’t  happen on stage. We’ve had shows where the electricity was turned off, or that police stopped because of the noise.

It’s exciting, risky, and we love it.

Speaking of my hometown, Liverpool, we are famous for The Beatles and football. Are you Beatles fans and more importantly, how do you feel about football?
Oren: We are fans of Robbie Fowler!! Also Revolver…

What are your future plans? You seem to play a lot of festival dates. Do you have any plans for a stand-alone tour? (I’d certainly drag as many people as I could along to see you play!)

Boaz: Our plan is to continue making music, and to go on as many tours we can. Our main goal is to perform a lot and to always be on the move. Now we are working on a few tours in China and India (we have been there already a few times) and Europe for the next year.

Liverpool was also great for us and we really enjoyed, so we hope to come back us well. Book us!

Your music is very intense and you clearly take it very seriously; yet you really seem to enjoy yourselves when you play live. Frank Zappa famously asked if humour belongs in music? What do you think?

Boaz: It’s a good question, because some of us take it with humour, and some take it in a more intense way. So I think there is a good balance. There is place in music for everything, for humour, for protest, for sadness, for dancing…

It’s a way to express emotions that words can’t sometimes. It helps sometimes to take our music on stage in a more free and joyful way, so we feel more comfortable and lost.

Many thanks for your time-much appreciated!