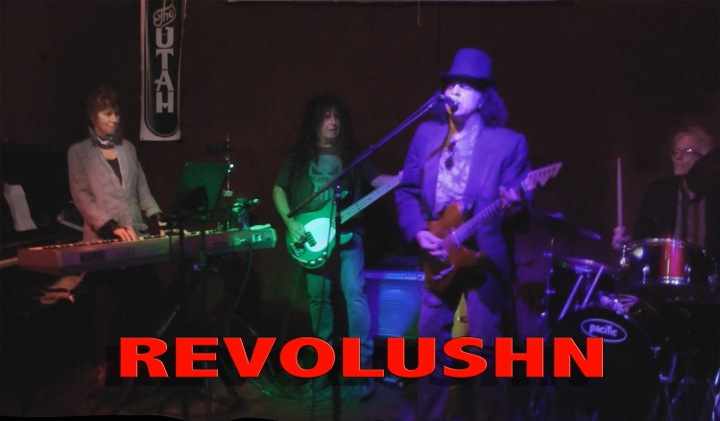 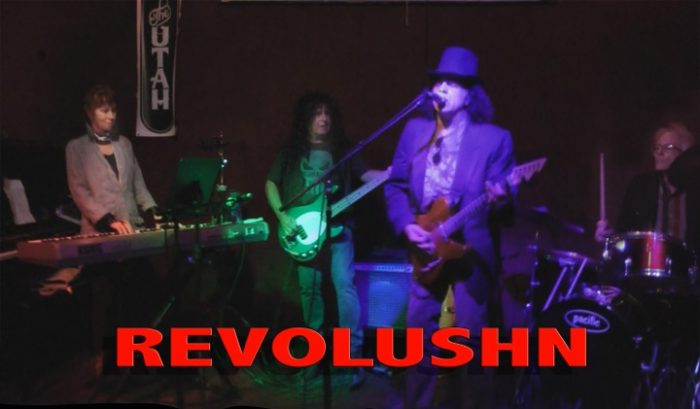 Recently released, “The Freshman”, the newest release from the San Francisco based psych rock band, Revolushn, is a mostly up beat collection of heart felt, powerful music, with a consistent feel and sound.

Although based in San Francisco, the members of the group are all spread throughout the country, and consists of 12 active members with wild nicknames, including: “NO”, “DEKAY”, and “EMC”. Some are lawyers, there is a filmmaker, and an astronaut, and rumors that several members of Revolishn were involved in a mysterious Music on Mars experiment for NASA.

Louder Than War attempted to get to the bottom of their mystery, but instead got an amazing interview…

Being that you are all spread throughout the country, how do you rehearse, play gigs and even record an album?

The Internet is a wonderful thing! The long-range collaboration happens that way.

Most of the song writing happens in California with NO and DEKAY. The California tracks are then brought to Cypher Studios in Kansas City were the KC crew adds tracks or not and then Aaron The HEAD, NO and Bobby Killer Bee mix and master them. That is our current mode of operation. I am sure that will change and become more sophisticated as advanced technology gets released. Plus, the aliens taught us quite a bit about musical telepathy.

As for rehearsals, the musicians in the band are really great and don’t need a lot of rehearsing to sound good. In fact, sometimes we purposely don’t rehearse. That adds excitement to the show.

The truth….was their music on Mars, which one of you is the astronaut?

The truth?  Well, yes, and the house band is called The Extremophiles. Look it up. Kelly Snook (keyboards) was an astronaut in training but then she ran off to England to work with Imogene Heap on musical gloves and then got married to a suspicious New Zealander who the band doesn’t approve of.

Your music is incredibly “fun”, who writes the songs?

Currently NO and DEKAY write lyrics and the band morphs the lyrics into songs.  And thank you!

Do you plan a tour in support of “The Freshman”?

Yes, we are currently playing small clubs, house parties and loony festivals. Can we play at your wedding?

What’s the deal with the wildly creative nicknames….”No” is my favorite?

The names are a shield against the slings and arrows we expect to receive. Wait a minute, a sling throws the rocks, and you don’t actually throw slings at people. Weird. Anyway, when we get on stage (as opposed creating the music), we want to make it special. We think people don’t want to pay money to see their neighbors on stage. So the names help us put on a show on stage. Plus, we are all either very private or wanted and folks like to keep a low profile outside of Revolushn.

How did you arrive at the selection for “The Freshman”, being that you recorded 30  songs for the album, and what do you plan to do with the other 21?

Funny thing happened on the way to the studio. Five minutes into the mastering session the hard drive blows and most of the songs are lost. Half of the songs on The Freshman we recorded at the mastering sessions. We almost didn’t have an album. In the end the songs we put on the album worked great with each other and Aaron the Head and NO survived a near musical disaster. It was three months before we were able to get the hard drive fixed. At some point we will probably put out The Freshman 2. Or maybe we will call it The Sophomore.

We are busy writing songs for the next album. We have about 20 new ones plus the ones we didn’t use on The Freshman. We are really excited about the next album as we are much more focused and playing together better than ever before. We play live once or twice a week now but plan on touring a lot this fall and next summer.

Also, we are really excited about the potential for The Freshman to be nominated for a Grammy. We have completed the submission process and actually know quite a few voters that will vote for us. I think it highly doubtful that we would win but stranger things have happened.