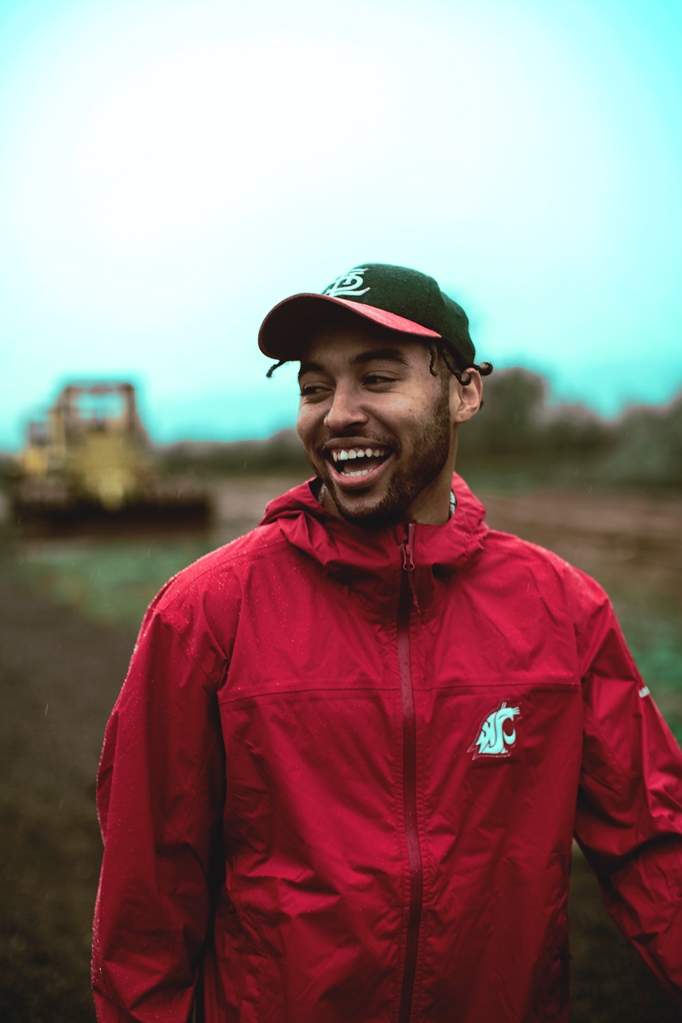 Passionate singer, songwriter, producer Reo Cragun has just released the video for his new single On My Way along with the Growing Pains mixtape out now on Virgin Records and available at all digital retailers. Watch it HERE 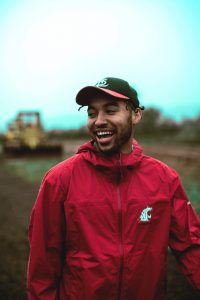 “Night Crawler,” the captivating first track released from Growing Pains, encapsulates the dark journey of someone who materializes when the sun goes down. The music is alt-hip hop/ R&B and carries a sultry flavored powerful vibe.

Growing Pains is inspired by the changes that the 23 year old artist has encountered during the past couple of years, leading him to the maturity he now celebrates. Being raised in Vancouver Washington by two women, his mother and aunt, he earned a full academic scholarship and hoped to use it to eventually become a doctor. However, destiny had something else in mind.

Reo was able to have a conversation with me just before he sets out on the “Teenage” tour with sensational artist Lil Yachty….

Tell me a little bit about Reo.

I moved out to California about two years ago. I dropped out of school. I was going to Washington State, on a full ride. My grandma passed away right after I finished my freshman year and I decided that life was too short, I gotta be doing what I really want to do, so I dropped everything. I dropped my scholarship, I came out to California, and I started making music, in the hopes that I could make something of what I love to do. Everything started picking up from there. My mom was pissed by the way…

I was just going to ask you what your family thought of that.

She’s like super happy that I did what I needed to go do, and that everything is working out but she had those initial concerns. I was like “ok, I’m out of here”.

Reo, how old are you?

I just turned 23 not too long ago.

That’s very young, she should have been mad at you. So, your songs are very passionate, do you write your songs?

So now you’re in this music career, where you could have been a doctor?

I was studying to be a doctor. I wanted to be an anesthesiologist. That totally took a turn.

What is your take on today’s music industry, with downloads and social media?

People make music in their bedrooms like I started and I still do that today. You’re able to get exposure for yourself and I think that the way you can bring it to the audience is a blessing.

Your new release is coming out on August 4th, correct?

Yeah, my single is called “On My Way”, and my Growing Pains mixtape is also coming out the same day.”

What was your inspiration for writing the music for this mixtape?

Growing Pains is like an accumulation of the past couple of years, but it’s also a reflection of my life. It’s about the things that you have to go through in life even as you’re older. I still consider it growing pains. I had a lot of struggles like my dad was incarcerated for mostly all my life. He just recently went back. I grew up with my mom and my aunt, all girls in the household. My growing pains were just a reflection of things you have to go through in order to get to point B.

So do you think you’ve grown up?

Oh yeah! For sure I’ve grown up. There’s been a lot of great things that have happened in my life the past couple of years but I had to grow up in order to evolve. That’s what this whole process is about really. It’s about evolution.

Yeah but hopefully the listener can relate to their own evolution.

So is there a message within a message?

Yeah exactly. You know, people are bored. There is always going to be distractions left and right, people in your ear but,  all that really matters is that you’re progressing.

That’s a good message. Where are you and your music going to be in 5 years?

Grown. Just progressing. I want to be the best, because I know I can be the best at what I do.

So you’re about to tour…

We’re about to start. I’ve never toured before. I’ve done a lot of shows but this is the first official tour.

I see you’re heading for Terminal 5 in New York? That’s a great venue.

Yeah, I’m going to be right there, right back to New York. Terminal 5, yeah, that’s what I keep hearing.

Pretty much the vibe has got to be right. I’d like the crowd to just be having fun, as much fun as I’m having up there when I’m performing. That’s all that I ever want.

I know that you’re just dropping this project, but is there anything planned for a future project?

To be honest I have a plethora of songs, I have hundreds of songs just ready to go. We’re following up for sure with something. It’s right around the corner. I’m ready to go.

If there was anything that you could tell your fans and followers, what would you want them to know.

I would say that love is powerful.

Do you think that music can change the world?

If you were 100 years old, what would you like to be remembered for most of all?

Just a positive soul. Happy. Helping people get through whatever it is they have to get to.