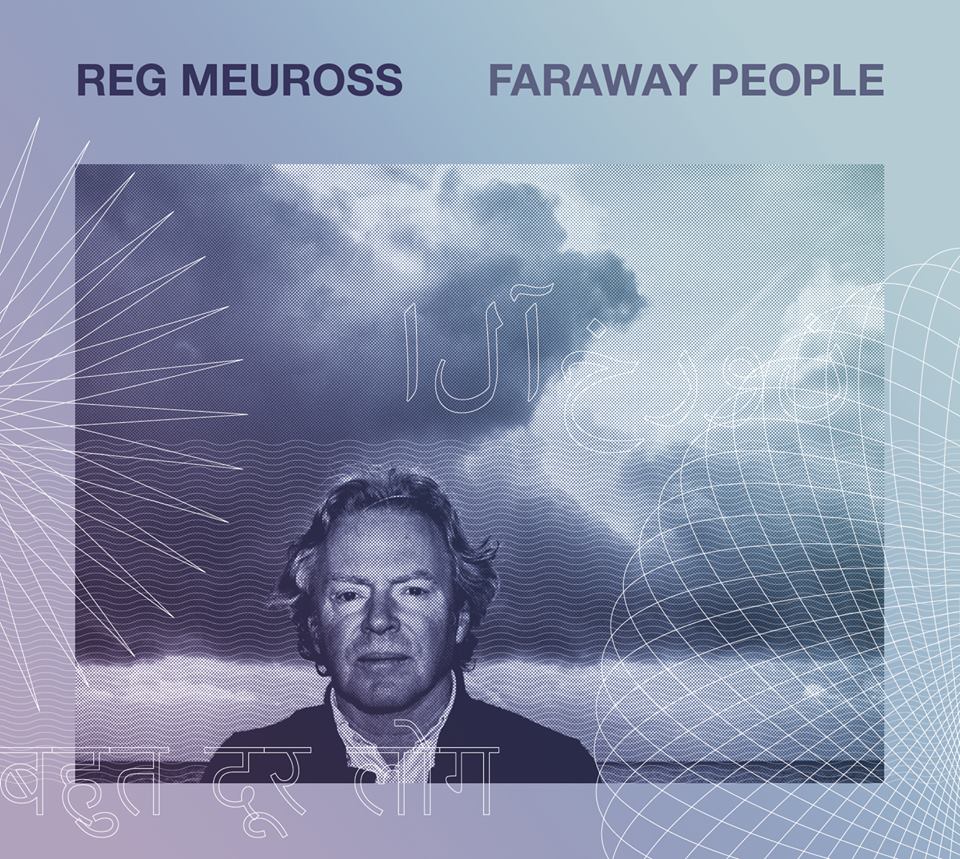 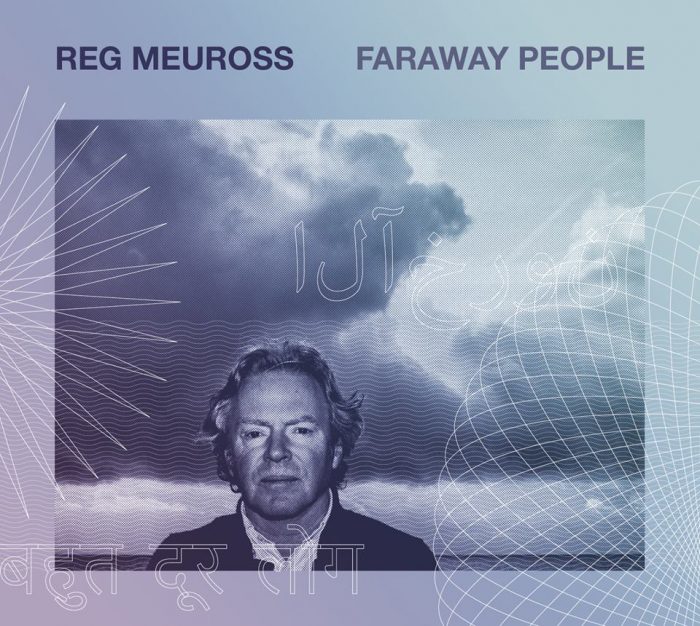 We caught up with Reg Meuross prior to his show at the Green Note in Camden to discuss his career, songwriting and his forthcoming album “Faraway People”.

Reg, this is the second album you have recorded solo with no help from other musicians after “December”. Was there something that pushed you down this particular route ?

Well at the end of 2015, I was about to do another album and I had a lot of requests from other people to do it solo. It hadn’t occurred to me that this was the way most people heard me as I usually work on my own while touring. I had always felt that recording was a different thing and that you kind of had a duty to make it sound as sonically interesting as possible. I just felt that it was the perfect time to make a solo album. I literally woke up one morning and called Roy Dodds, the engineer I work with on my records and said to him that I wanted to make one. Some great songs don’t work solo so I set out to write songs over a period of ten days with that particular goal in mind and everything fell into place. We recorded it in two five hour sessions, live with just guitar and voice and it just felt perfect. “Faraway People” isn’t entirely solo in the sense that there is a couple of overdubs as some of the songs required some harmony chords but it stayed very minimal. On “December”, I made sure there was no overdubs and that everything was live, if I played harmonica, it had to be when I stopped singing. I was in the right frame of mind, emotionally I was in the right place to write the songs that would work for that project. I think a lot of songwriters out there might agree that it is something that only happens once in your life. Hopefully it pleased the people who were asking for a solo album.

You said that you wrote the whole of December in a ten day period. Some other songwriters like Nick Lowe (who you’ve worked with in the past), spend a lot of time on songs, playing them, honing them. Do you think spontaneity is an important thing in your songwriting ?

Nick is a real craftsman, he works on chords and when he finds a nice chord progression it gets him really excited. I operate differently….Nick actually gave me a lovely quote on this, he said “Reg tells it with soul”. I feel that with my material, it’s not about the mathematical structure of the song, it is more about the information I put in what is essentially a very simple framework.

Lots of your songs deal with the way Britain is evolving as a country. Do you think that this is an important thing for a songwriter to do ?

Well I don’t think anybody must or mustn’t do anything, I just try and make the songs interesting for people. I was very influenced by Dylan early on. I had a pop career where I was signed with major labels (EMI, WEA, Arista Records). I had always written songs about what affected me, the song I recorded with Nick was called “No Peace For The Wicked Man” and was about the first gulf war in Iraq. I felt very self conscious when I was younger and it was more comfortable to be writing love songs because when you are young your life revolves around relationships. As I got older I wanted to make what I do count, leave something behind that was interesting. I started to write more story songs about real historical characters (Dick Turpin being one). It was kind of a logical move for me, I’m not a soap box singer, I wouldn’t like to go on a march and preach to people but I do have something to say and I felt that there was nothing wrong with putting that into songs. On “Faraway People”, 6 of the 10 songs are quite overtly political but they are not party political. I’m not fighting for the labour party, for the tory party, for brexit or against it. What I write about is what I see as good and bad or wrong or right. On a song like “Faraway People” which is about the bedroom tax, I write about something that is fundamentally wrong, the songs lists a few of the people who have died as a consequence of austerity measures, you can’t argue with that. You shouldn’t allow another person to die, starve or be deprived in any way because you are more powerful than them. Writing songs is my way of expressing my opinion, as I said I don’t got to rallies or things like that but I go online and I write about refugees, I do charity concerts. 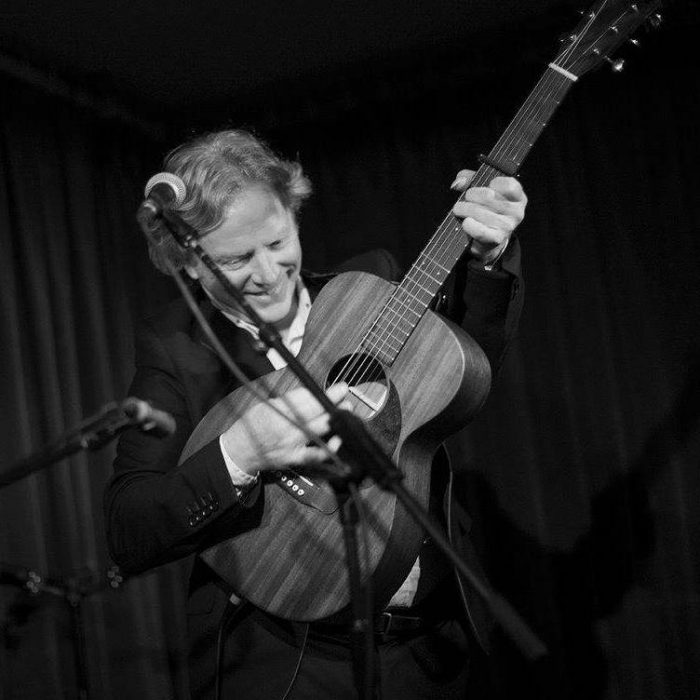 You mentioned historical songs, could you tell us a bit more about the process of setting an already existing story to music ?

Well it first started as a challenge. Somebody told me one day that I should try and write a song about Dick Turpin and I found out that all the information widely available about him was pretty much wrong. This made me reflect on how history changes and how facts and stories become distorted through the years. I have always been a bit of a storyteller, I like to listen to them, I like telling them, so I set out to try and tell Dirk Turpin’s whole story in four minutes. The story always brings the music, I never store tunes but I occasionally store lyrics. The Dirk Turpin song is actually a good example of how I craft the music for my songs, I was thinking about the ride to York which is one part of his story. I got this picking pattern that felt a bit like a horse galloping along and this fitted the mood of the song and felt like the best way to tell the story. The last historical song I wrote is called “Leaving Alabama” which is about Dylan Thomas meeting Hank Williams which never happened (apart from in my head), it will be on “Faraway People”. Everything is about creating the right musical vessel for the song. Sometimes you can get it wrong, I wrote a song (based on a true story) about a couple where the man died because he wasn’t allowed to stay with his girlfriend who in turn died of a broken heart after him, a very tragic story. The tune I had for it originally was kind of jaunty, it worked well with the lyrics but it had nothing to do with the emotional feel of the song, so I dumped it and rewrote it which is usually quite hard to do.

Between 1996 and 2004, you didn’t release any records under your own name. What was the reason for this silence which seems a bit strange in retrospect as you’ve released an album every two years since 2004 ?

Well it just comes down to the fact that I didn’t have a record deal at the time. Everything was still very corporate controlled in the nineties, you would send your demos to a big label, they would sign you up, put you in an expensive recording studio. In 1996, I started a family and moved out from London. I had publishing and recording  deals at the time but as soon as I moved out, everything changed, I wasn’t part of the rat race anymore. At the same time I grew up, became a father and didn’t like the idea of chasing the record deal like a teenager. By 2004 when I made “Short Stories”, you could record in small basement studios and put an album out. I bumped into a guy at a gig and he asked me : “Why aren’t you making records ?”, I replied “Because I don’t have a deal” to which he said : “Why do you want one ?” and that was it, I got me started up again. Had I met him 8 years earlier, I would have made 10 albums. I wasn’t really writing between 1996 and 2004. I worked with Hank and I had a couple of songs but I lacked the confidence to work solo. In the Panic Brothers, I worked with Richard and that was a great duo. With Hank, I was very much his partner, sideman, he had a ready made audience, he was well known . I needed to break out of that and Short Stories is when it happened, the second stage of growing up in a way.

Have you got any other projects lined up after Faraway People ?

I have a record that is coming out in Germany that I made for Stockfisch Records, one of the top hi fi companies in the world. They release all their records on Vinyl. They approached me to re-record some of my back catalogue including one song called “Sophie” about Sophie Scholl that will be on “Faraway People”. I choose to include it because she was German. It’s a a bit like a collection of my greatest hits that I haven’t had !!! They just told me to pick the songs and I went over there to record the songs with Ian Melrose, a Scottish guitar player that lives in Berlin.

Live photo by Sue Foll. More work by Sue can be found at her official website: www.suefoll.co.uk. She’s also on Twitter.