Home Blogs An interview with Rebecca Swarray – why she’s bringing the 90s back... 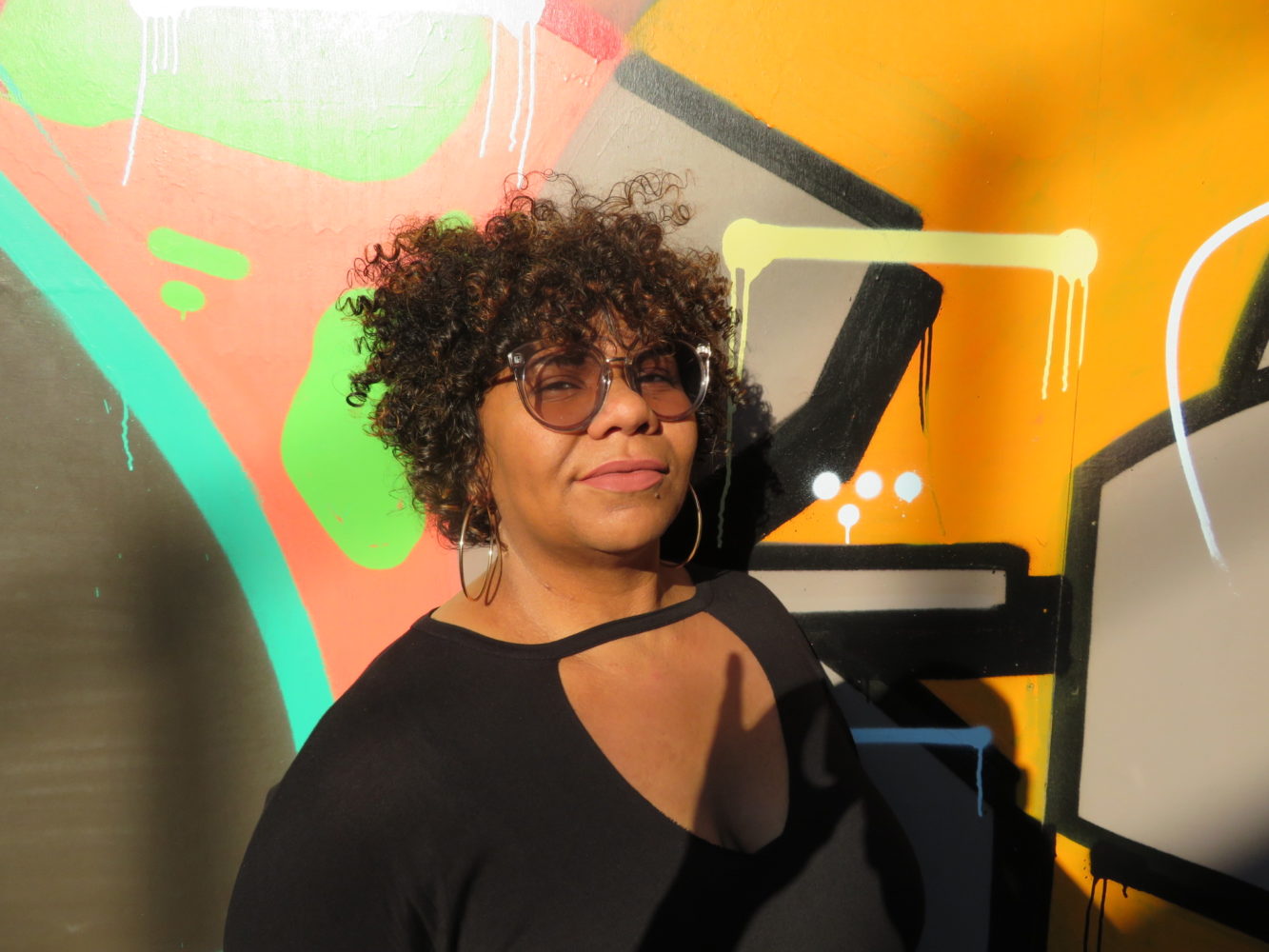 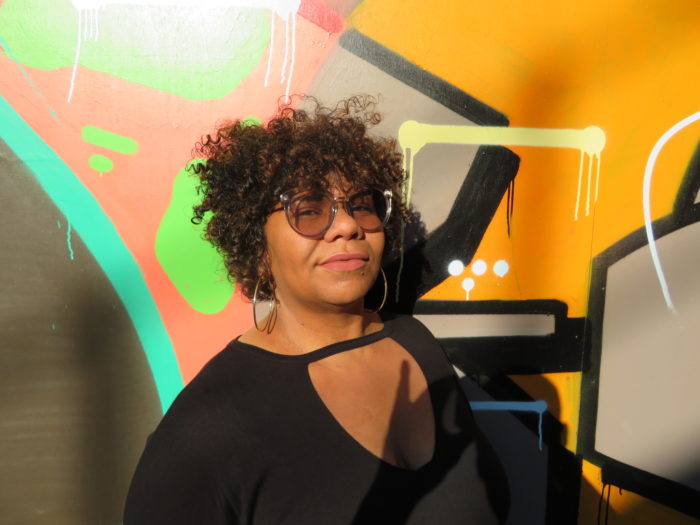 What’s wrong with nostalgia? Nothing – when it is handled well. That is the objective of Manchester’s Rebecca Swarray, the figure behind RebeccaNeverBecky Productions – a company determined to bring a new level of diversity to the city’s clubbing and live music scene. Her upcoming debut event ‘For The Nostalgia’ is celebrating the vibrant culture of the 90s, through contemporary artists and DJs active in the area.

Therefore, rather than avoiding the appeal of the past – Swarray embraces it – as well as exploring it through artists of the present; a combination capable of delivering the best of both worlds. This also marks a determination, to deliver events that cater to often under-represented minorities, such as the BAME (Black And Minority Ethnicity) women and QTIPOC (Queer, Transgender and Intersex People of Colour) communities.

Inclusive events and music is a masterful way forward – addressing issues facing live music rather than letting them slide. Another example of this is utilising alternative venues and grassroots spaces for performances… especially important in an age when so many venues face a lack of commitment or accessibility issues. Swarray has settled on Partisan Collective, an atmospheric two-level wonder of a co-operative venue, just on the outskirts of Manchester off Cheetham Hill Road.

Swarray’s work certainly underlines the efforts of a figure to form a more inclusive, celebratory space and why the continuation of such work is important. Working in Local Government by day, out of these hours, Swarray is involved in a variety of cultural pursuits; she’s carried out numerous arts in-conversations, played the gay icon Gladys Bentley in Would you Change at The Greater Manchester Fringe and much more.

Emily Oldfield of Louder Than War talked to her about RNB Productions and the upcoming ‘For the Nostalgia’ (event at Partisan Collective on 3rd August) , as well as discussing her passion for more inclusive music events:

1) What was the inspiration behind RNB Productions and when did you set this up?

“The inspiration behind RebeccaNeverBecky Productions comes from a wide range of places such as culture/the black experience, music, art, and performance.

“I am Manchester raised and I have grown up around the LGBTIQA scene.
There was a very successful club night back in the day called Black Angel which was a space for queer women of colour to have a good dance and vibe to decent music. After that night stopped there were only a handful of similar spaces, but they slowly and gradually disappeared. Black Angel laid the foundations and is a massive inspiration behind what I have created.

“There is certainly lack in safe spaces for BAME (Black And Minority Ethnicity) women and QTIPOC (Queer, Transgender and Intersex People of Colour) to go out and celebrate themselves in Manchester, or see fellow creatives and artists doing their thing. Through personal experience and from chatting to friends and people of the community there is a general consensus that something was missing. There is a lack of representation. Albeit Manchester has some great queer clubbing events but they are not always representational of indicative of the overall scene.

“I always had the concept and idea to eventually create a space and platform myself and here we are many years later – RNB Productions was eventually born. It was officially set up February 2018. It had been in the making for a long time and I finally decided it was the right time to put it out there. The name comes from me disliking being called Becky and ‘Becky’ is a derogatory term in some places so it is a bit tongue and cheek).

“Through my RNB events I want to pay homage to the amazing artists and inspirations of the past but from a fresh and modern-day perspective thus creating a platform and opportunities for others.”

2) Tell me a little more about yourself and why you have a passion for music and events.

“I have always been a creative individual and performed and worked as an actor in the past, and previously studied and taught Drama and Performing Arts. I love keeping in the loop with cultural and creative happenings going on in the city too.
I currently work full time for local government but I have a very busy, vibrant and creative life away from the day job, so I have a good balance.

“Music is a staple that continuously runs through my life and always has done. Music has saved me time and time again throughout various stages of growing up and coming out. I will always have an affinity to it in one way or another.
I am also passionate about attending good events and gigs and make the effort to on regular basis especially if they are events of people I know, as it is good to support and show love. I have worked and volunteered at arrange of events across Manchester especially within the LGBTQIA community.” 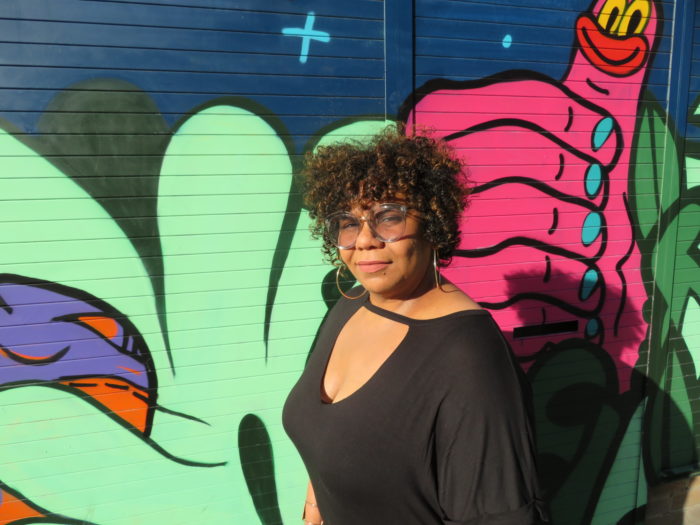 3) For The Nostalgia is a celebration of the 90s – do you think that not enough is done to celebrate the culture of this decade?

“I think music and fashion is celebrated quite heavily but only from certain perspectives. The 90s also gave way to poignant things like BAME films, house divas and Hip Hop which should be celebrated as they definitely shaped culture.

“Each RNB Productions event will have a different theme and concept attached to it, so I decided the launch event would be called ‘For The Nostalgia’ in homage to a period that had a significant impact on me in terms of the music, art and performance of that time. That period also had a massive impact on black culture in particular and I think that should be celebrated and acknowledged. It is still having an influence in modern times from fashion to music. I always think it is important to remember the origins of something and pay the respect where it is due.”

4) Some people criticise’ ‘nostalgia’ as it can stop people engaging with the culture of now/the present – why does RNB Productions celebrate nostalgia in a good way?

“In terms of the line-up- I have carefully curated established, new and emerging DJs, artists and performers from the Manchester area. Fortunately, they are all influenced by the 90s, so it was easy enough for them to work to the brief I set out for them! Without giving too much away the plan of the evening is for attendees to experience a conceptual clubbing experience mixed with an immersive installation of art, music and performance all with a 90s twist.”

“Claud Cunningham will be DJing, who was the one of original founders and DJs from Black Angel, and then we have Katbrownsugar involved, who is currently killing it on the Manchester music scene. Multidisciplinary artists Ruby Ramelize and Elliss Turner, two up and coming amazing artists will be performing some live art on the night and I have also been collaborating with them in terms of art work and visuals for the event.”

“That is just to name a few from the banging line up. I am so honoured and ecstatic to have all these amazing people in one space for the evening. There is a good mix of established and new talent.

Talented Manchester based filmmaker Sophie Broadgate will also be documenting the event which will be included in Manchester Archives – I am super excited about it.”

5) You are choosing to use Partisan Collective – why this space? 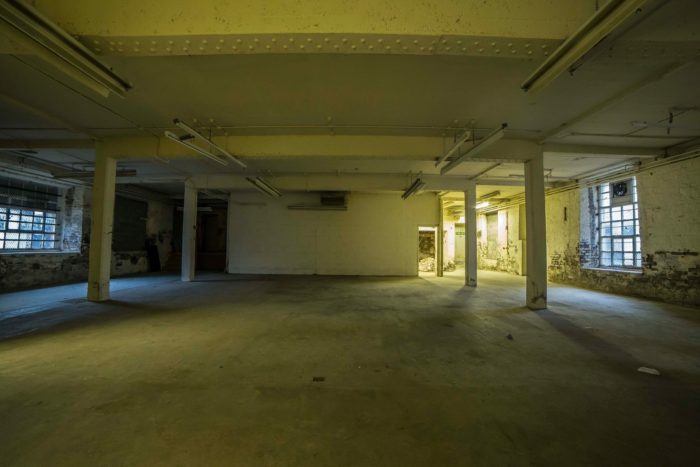 “It is a space for independent, community led, DIY and cultural based projects in Manchester and given that my whole premise is grass rooted, it felt like a natural space to hold the launch and in turn support what they are doing.

“It is also a very unique space and I knew as soon as I had been I wanted my first event to be held there. I also wanted a warehouse basement vibe located not too far out of the city centre, so it fitted the bill perfectly for that. They are also keen to hold more LGBTIQA events too which is great. The events team are also very helpful, supportive and welcoming.”

6) Why would you encourage people to come to your events?

“To help and support local, new and emerging LGBTIQA, BAME and QTIPOC creatives and artists showcased by a grass rooted and original organisation whom is trying to create more spaces, provisions visibility and representation within the LGBTIQA community and beyond.

“To experience fiercely original art and performance, and to get down and vibe to some very good music always with a conceptual twist. RNB events are open to all to attend but the artists involved will predominately be from the LGBTIQA community to allow for representation and to showcase their talents. The space has been created for anyone to be free and just be.”

For more about Rebecca Swarray and RebeccaNeverBecky Productions, you can visit the Facebook page, Instagram and ‘For the Nostalgia’ tickets are also available online.