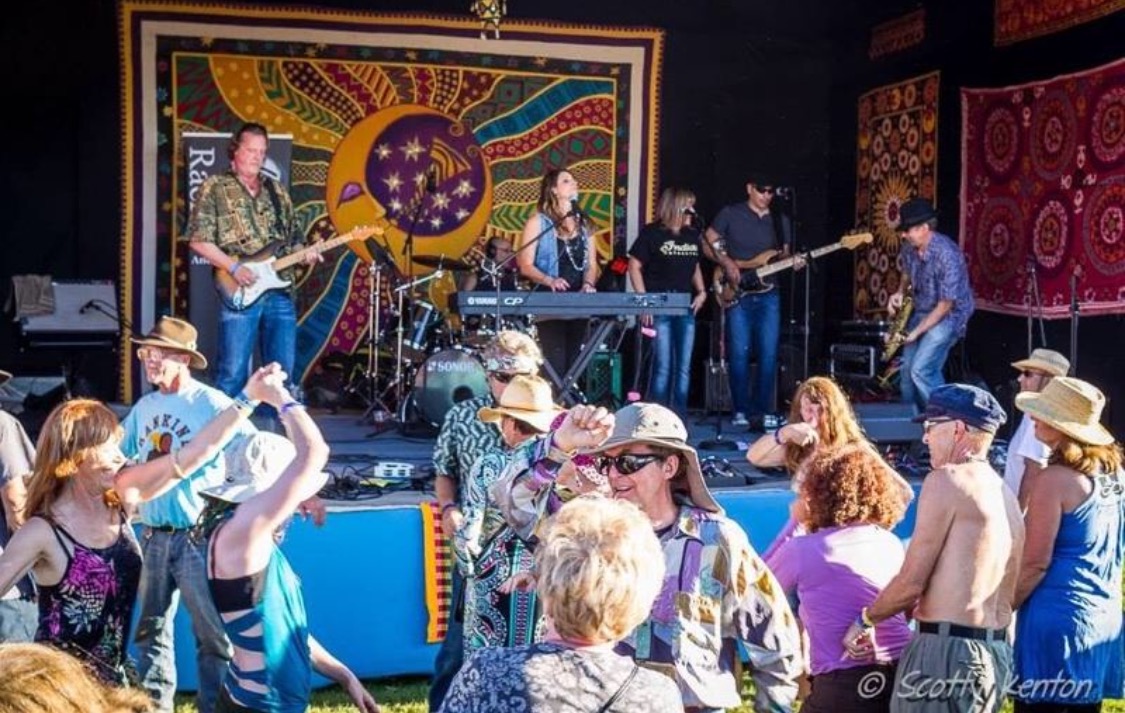 The very talented vocalist Rachel Alena powerfully belts out tunes as front woman for the Rock ‘n’ roll/ Country/Blues band Rachel and the Ruckus. With the audaciousness of Janis Joplin and the strength and attitude of Joan Jet, Rachel performs the band’s new hit single Water and Oil, an autobiographical, upbeat song about making a new start in Colorado after a bad relationship. 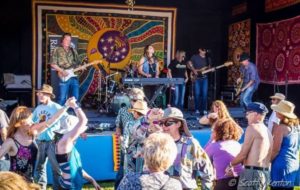 The members of the band include Rachel on vocals and keys, guitarist Alec Sims, who is a published author, multi-instrumentalist Vincent Carmellini on the bass, and drummer Chris Stongle, the newest member who has played with Garth Brooks, Amy Grant, and Joe Walsh.

Louder Than War: You have an incredible voice, somewhat powerful like Joan Jet.

Well thanks, and that’s funny because we are a blues, rock band, but that’s not how we started. My guitar player, who is my partner, when we started, he’s my blues-rock guy. My dad was a blues player, so I have kind of gravitated that way. So it’s funny that you’d say Joan Jet.

Your new single Water and Oil tells a story.

Yes. So I am originally from Los Angeles. I am now living in Colorado. I wrote that song and it’s funny because a lot of my songs have a similar thread to them. This is different in the sense that it’s more celebratory. I grew up in Los Angeles, and I loved my parents but they got divorced when I was young. It was real bitter and angry, a difficult divorce. There was a lot of drama that went on. So I grew up in the heart of the city, and we moved every two years or so, probably starting when I was 12. So it wasn’t super easy. When I was about 21 I went on the road. I was on the road for a while as a singer, and I met my husband in Alaska, on a small island.

Who ever meets their mate in Alaska?

Well, it’s a tiny island and there’s more men than woman. You get your pick of the litter. So I was singing in different places. At the time I had a warrant out for my arrest, because I had parking tickets I hadn’t paid. I didn’t have a place to live. I was crashing at my girlfriend’s. So I really didn’t have much to go home to, back to Los Angeles. I wanted some security. So I met my husband in Alaska, and he was from Colorado. He asked me to move with him to Colorado. It was by far the best decision I ever made. People are super nice, very outdoorsy. I’ve got kids and it’s very stable for them. There is a big sense of community, there’s a great music scene, it’s just a really nice, stable place. That’s what the song is about. It’s the Rock ‘n’ Roll dream of going from a small town to the big city. I have the big city and my dad was a musician, he played for the Shirelles. So I had all that, which was awesome, but it wasn’t as stable as maybe I wanted it to be.

With the band, do you tour, do you do a lot of live shows?

We do a lot of live shows. We have just stayed in Colorado for the most part. We did a little bit of a tour in Utah. We play a lot of big festivals. We have a big season which will probably start up again May of next year. We just finished our season here. That’s what we primarily play. We will probably travel more, but I have kids. I was just waiting until they get a little bit older.

We are recording a song called Sale Rack Soul. It’s a song about the American way, like if you make a mistake you can just put 10% down, and you can get your soul back. You don’t have to make amendss, you don’t have to say you’re sorry. You can go down the street and do something you shouldn’t have done, and then you just put 10% down, and then take your soul back home. That’s what’s coming up for us.

Oh My God! It is the best thing ever! I can’t even tell you…the thing about playing live, is music is all about the connection in life. That’s what music is. Music transcends words. It doesn’t matter what your skin colour is, none of it matters. It doesn’t matter what family you come from, at the end of the day, good, truthful, soulful music really just kind of transports everybody away from the burden of their lives. When you’re playing live and you have an audience that gets that, when they are dancing, and laughing, you get that back 100 times from them. That’s why we love playing festivals. There’s lots of people and lot of that going on. Everybody is relaxing, having a good time, with drinks and food.

Do you think that music has the power to change the world?

I do. There’s so much crap that goes on in the world, and when you take that all away, you just have music, pure music. We’re talking about, take the ego out of it, take the desire to be famous out of it, and just make good music, take the goal of just making good music, let things go. Just be human beings. I really think that music has transforming power. I do.

Part two, which one of your songs has the best chance of doing that?

Wow…you know what, there’s a song that we have called, Melt Away, which is a song that starts off, “for a dollar I’ll rub your body, for five I’ll rub your soul, for ten I’ll rub your spirit, if you come back for more”. It’s a song about just being playful …”let it all melt away”. Let it go. When I wrote it, I wrote it years ago, I had an image in my mind of people in business suits and high heels, dropping it, and just going down to this bayou in Louisiana. Just knocking on this door, and once you go in, you don’t have to deal with it anymore, any worldly crap anymore. You can just dance and have fun.

More information can be found on the Rachel and The Ruckus Facebook page.