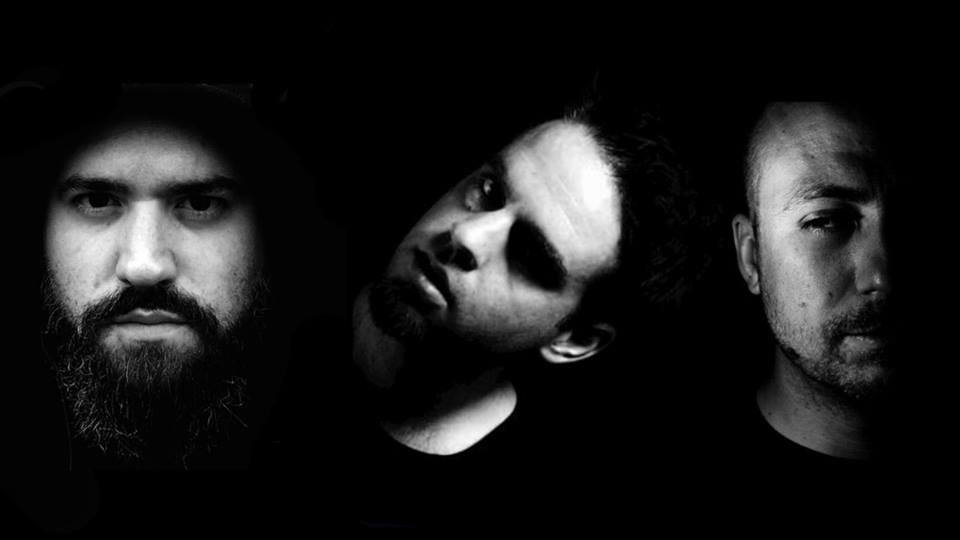 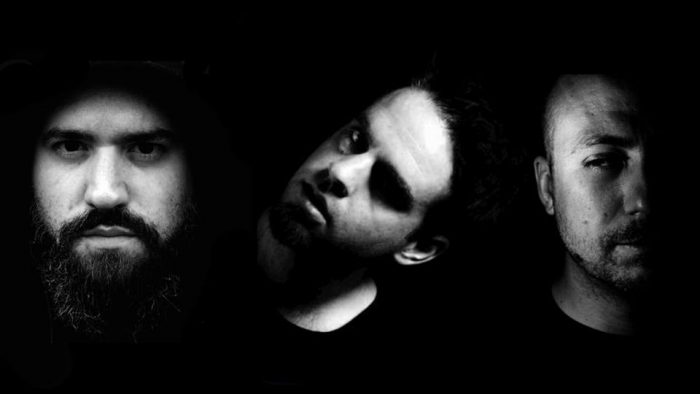 Post Death Soundtrack is days away from releasing their hauntingly expressive new album, “The Unlearning Curve”, offering the world a blend of “genre-twisting electric narrative about dropping concepts, healing, and venturing into the unknown”.

The trio, consisting of: Kenneth Buck, Steve Moore, and Jon Ireson, compose and write their music and use the Internet to collaborate across the country.  Their music isn’t designed to be played live, which is definitely a new concept, at least to me.

I was able to interview the trio, and found their answers to match their profound and conscious raising music

Louder Than War: Your harmony is excitingly haunting….like a full choir …..I almost need to go song by song, but what inspired your songs on “The Unlearning Curve”? In particular: “Our Time is Now”, “Arrhythmia Dreaming”, and “Transform In White Light”?

KEN: Our last album, Music as Weaponry, is very dismal, and tends to point fingers at the world “out there”. For me, The Unlearning Curve is inspired by the idea of getting off your ass, dealing with your own issues, and ultimately becoming comfortable with yourself.

Steve: Thank you very much!

The inspirations came from a variety of places; the consistent part is that we do everything with the same spirit of not tampering with or censoring the spark. Run with it or lose it.

“Our Time is Now” is a bit of a ‘carpe diem’ anthem about employing neither attachment or detachment, just doing! The rant at the end took on a character inspired by the film “12 Monkeys”. If you’re familiar with the film there is a scene where an old man’s voice taunts Bruce Willis’s character (when he’s in a jail cell) as to if what he’s hearing is real or just a figment of his imagination. It’s very funny but potent at the same time. So I did my best interpretation of that.

“Arrhythmia Dreaming” was actually based on a dream I had a long time ago. It started with a burning gas station and a lighter in my hand. I made my way to a clearing and walked towards a lake and to the end of a dock. From the water a woman emerged, said “You’re guilty” and pulled me under. It was really frightening at the time and it stuck with me. The song takes more of a universal lyrical approach, my response to this.

“Transform in White Light” is about healing and letting go of the self we thought we were. Allowing what is to happen. It’s quite different from anything we’ve done and we were all really happy with it.

JON: I think ‘Transform In White Light’ was about Steve finally changing that burned out lightbulb in the studio…
‘Dance With the Devil’ was definitely about that hot sauce that you have to sign a waiver for. Beyonce isn’t the only one who carries hot sauce around. I’ve got a shelf and a half of it in my damn fridge!

From my end its just trying to give an intangible idea a sound. It’s kind of like telling a sketch artist to draw an emotion like fear or love. I try to do that. The only reason it doesn’t end up even more abstract or esoteric is cause I listen to so much pop and rock. 9 times out of 10, I’ll pick The Beatles over some weird ambient thing.
Arrhythmia Dreaming, for example, is that panic of the chase. Hunting or being hunted. Like a restless animal. Most of us don’t feel that in our day to day but in a dream state, you’re more likely to connect to that more primal place.

Your music goes way beyond this world, musically what is in your heads when creating it?

JON: As I previously said, I like to try to give a sound to the intangible. I have a big fascination with astrophysics and cosmology (not astrology! hahahaha). The possibilities that lie outside our comprehension are staggering. Also, simply exploring the mind is an infinite well of inspiration.

Steve: For me to write something, I have to feel it vitally. So there really are no rules except that it has to resonate with me, whether it’s a beat, a mood or a lyric. I’m not the kind of musician who could just do a love song or a song about dancing; those have their place, but I think I will always see music as a way to explore spiritually and communicate that.

KEN: Our work has always been about capturing a stream of consciousness. All of the music comes from a place of pure inspiration and emotional honesty. We really don’t know what a song is going to sound like until we begin to lay down the tracks and let the mood guide us. At the same time, the honestly tends to weave a common thread throughout the chaos.

Do you plan a tour in support of the release?

JON: Not at this point. The group is primarily a studio project. We have only gotten together to play live a couple of times. It’s challenging to put together a live set when you live on opposite sides of the country haha

KEN: We really don’t write and record our music with the idea that the tracks will be played live, though we did play a few shows in support of Music as Weaponry when that album came out. There are no plans right now, but you never know.

What are the band’s influences?

JON: I find I get as inspired, if not more so by the noise of the city or the sound of the forest as I do from other music. Everything has a rhythm, a pulse.

Can you describe the theme of the release?

Steve: “The Unlearning Curve” is very much about not just questioning the nature of reality but actually disengaging from our interpretation of it – or from taking it seriously. Most of us know that what we perceive is in no way, shape or form reality, and yet we still feel that our opinions are real, that our place in the world is concrete. There’s a real freedom in ‘laughing at the moon’ and blurring your vision – this is the place some of the writing comes from.

There’s also a lot of shedding skin, dropping identification, and healing themes on the album.

Do you consider your music dark?

KEN: For me The Unlearning Curve is a very optimistic album, especially when compared to Music as Weaponry. That being said, It still touches on some very dark places, but with light at the end of the tunnel.

JON: I’ve found ‘dark’ can be a way people describe something challenging, that they either don’t understand or that is deeply personal. At times, the language on the album can be fairly absolute or dualistic but that doesn’t necessarily make it dark.

To me dark is a metal band talking about dismembering someone or a rapper talking about hitting a woman. We try to focus on looking at yourself and facing the unknown or uncontrollable parts with the intent to overcome. If it just feels dark to someone, maybe they missed the point.

Steve: I wouldn’t say so, though it’s in the eye of the beholder. I consider it more dark to keep things in the shadows, to not know yourself, to be pleasant, conforming. We readily accept sexism and extreme violence in mainstream music, but it’s not fully acceptable yet to explore the core issues people face. That’s a shame.

If you could say anything to your fans about this release what would it be?

KEN: Listen to the album at least one time in its entirety, with no interruptions. Preferably in a comfortable setting, with faint blue light and a good pair of headphones. Also, thank you.

JON: Thanks for waiting!

Steve: This release is very special to us and we hope it brings you something useful. And thanks for supporting Post Death!

Is there one particular track on the album that you are most proud of?

JON: I guess on a personal level, ‘You Can’t Go Back’ is the one for me. Her and I were seeing each other for a long time. I learned a lot from that relationship. Plus I got to make myself in to my own brass ensemble, which was pretty sweet. A little nod to ‘Strawberry Fields Forever’. I’m also pretty proud of ‘Beauty Eyes I Adore’ and ‘Transform In White Light’. I had the least to do with those two but I think they’re great and I’m lucky to have been able to contribute in my small way.

Steve: “You Can’t Go Back” is in many ways the heart of this release, and we are all proud of it. I like the feeling of it and the message it sends.

KEN: The answer to that question has changed a few times throughout the course of making the album, but right now it has to be You Can’t Go Back.

I know that you haven’t even released this album yet, but are you working on anything new?

JON: We have 3 or 4 that are close to finished music wise. We had been sitting on The Unlearning Curve album for a good 3 years. When we dug back in to the songs to get them ready to release, it inspired us to start writing again.

KEN: There always seems to be something in the queue.

Steve: Yes, actually. There are already two songs pretty well completely done with vocals and everything, and 4 other tracks without vocals. It’s happening fast now! Also, a series of remixes are about to be done. I’m sure there will be a fair bit of music coming out. We feel re-inspired.

I think that your music is a fusion of very relevant, progressive,  post-punk/synth, outer world harmony, how would you describe it?

KEN: A stream of consciousness.