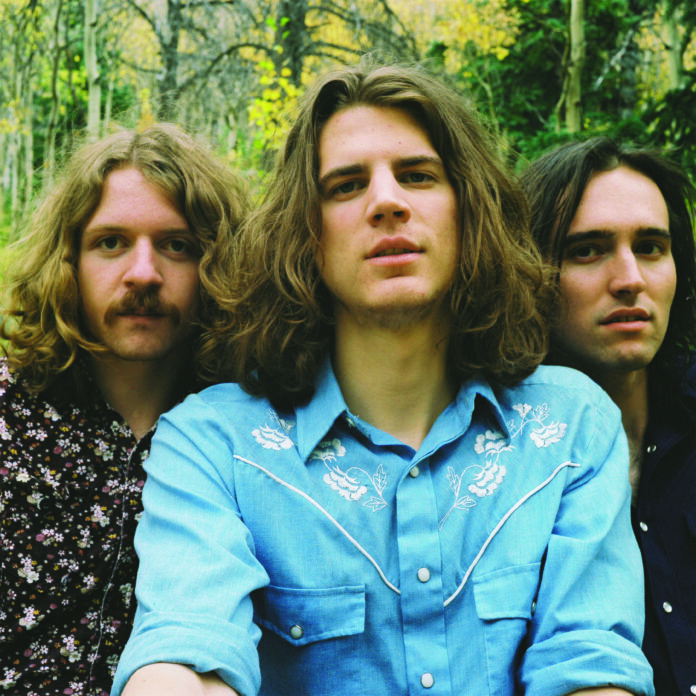 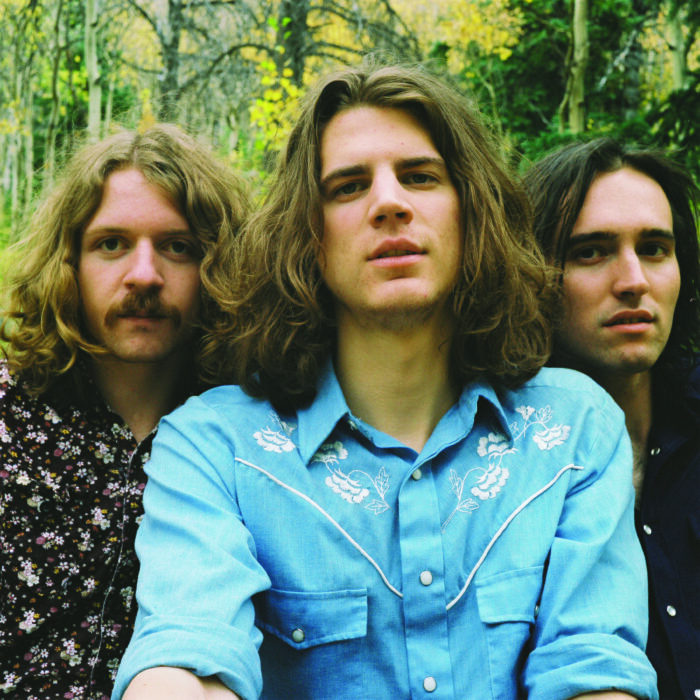 Plum has ambitions of “filling the void of vocal harmony and vintage guitar driven music in the modern music scene”, and that is exactly what they have accomplished. Although their music has the feel of the 60s and 70s, the band somehow manages to keep their brand of psychedelic rock relevant.

Band members include: Kyle Miller on Vocals and lead guitar, Jake Supple, Vocals, bass and drums, Ty Baron, plays guitar and keys and Rodrigo Valdez is on drums and cosmic vice. Currently engaged in working on a new album for 2016, Louder Than War was able to ask Plum about their music, their philosophies, and the special Magic the group has created.

Louder Than War:  How would you describe in your own words “An all American Rock n’ Roll band?

To us it’s more of an attitude than anything else. In the last decade we feel there has been a fear of embracing certain aspects of music that we are trying to touch on. When we first got together we were totally encompassed by the modern psych movement; Tame Impala, Temples, Ghost of a Saber Tooth Tiger, bands like that were what got us started. After some time though we realized our favourite elements of those bands were the heavier guitar riffs, drum fills, harmonies, intelligent arrangements, and in that discovery we noticed that the things we liked most were the Rock and Roll tendencies. We love the Beatles, The Stones, Led Zeppelin, of course, but we especially have a very strong appreciation for the image that The Door’s created for themselves, they were an “All American Rock ‘n Roll Band”, and without a doubt the biggest band from that time to come out of America. In a lot of ways we’re playing music that has deep roots in the UK but we want to embrace that we are American and the influence that has on our sound. Our music isn’t trying to be any of these bands, but the bands that changed music from what it was to what it is, those are the bands that we are inspired by.

How long has the band been playing music together, and how did you get together?

Our first show was not quite a year ago. We don’t really like to dwell on the past because our band has seen many levels of evolution, which landed us here, and although we appreciate where we are, and are very grateful for our opportunities, there are just some things that we can’t bring up. Ty and Jake met about 5 years ago, but only started playing together about two years ago. Kyle was introduced to Ty and Jake about a year and a half back and that’s when we started to form the band. We have had many obstacles to overcome, which render us a three piece in the writing process, and a four piece with interchangeable members for our live act at this point.

Do you have a favourite artist or artists?

Collectively, we do not have a single favourite artist. Individually we all listen to so much music, Kyle worked in record stores for years, and Ty was a local talent buyer’s assistant for a long time. Those two jobs alone bring you to such an awareness of what music is happening. We definitely revert back to the classics between phases of new bands. There are so many great bands out there; it’s really hard to pick favourites. Mood has a lot to do with it too.

Where do your musical influences originate?

We all became really die hard music fans at a young age; again the classics got us pretty excited. It’s weird because you know, when you’re a kid and you have your first guitar in your hands, you hear something you like, probably a really catchy pop song and that is what you’re turned on about in that moment. 10 years later and its like, “I can’t believe I listened to that shit”, not out of embarrassment, but out of evolution. You spend your life on a trip of sorts as a musician, because your influences, or at least ours are so departed from where they originated that it literally makes no sense how we got to the music that we ended up at. All we know is that at some point we fell in love with Rock and Roll and eventually landed there.

How do you manage to keep your vintage music so relevant?

A big part of relevance is the fact that we are releasing music right now, and it is culturally influenced. We all would like to think that good music is always relevant, so you saying our music is relevant really means a lot to us. Neil Young is still relevant although his biggest hits were in the 70’s.  Innovation and nostalgia often go hand in hand which is something that typically gets overlooked. Relevance is a frame of mind that the public has in order to relate to a certain medium, there is some form of justification that takes place in the listener that says “I can listen to this and feel this way because ___” and that power is out of our control, so to us we cant really “keep” our music relevant, that is a duty for the audience.

Who writes most of your songs?

It is an entirely equal collaboration. We would like to leave some mystery to the process, but the three of us are all songwriters, we come to the table with either full ideas or a few parts and with help from the other two the song takes its final form. We really do all contribute equally though, part of our egos are wrapped up in everybody bringing the same amount of content to the table, when the band formed we had an understanding of that, with no intention of it ever changing.

We are working on our next record right now, and that is our main focus. After that is finished we definitely have plans of touring. We are playing the Treefort festival in Boise in the spring so maybe we’ll see if we can set up a little string of shows around that. First things first though, we need a band vehicle to fit all of our stuff and 50,000 didgeridoos.

Can you explain the messages you are trying to get out there to your audience?

Quite honestly we really want everyone to have his or her own interpretation. The music we love so much, we love because it makes us feel things, and by no means are we ever going to try and tell people how they should feel when listening to our music. We expect the audience to feel whatever they want, if we write a song with the intent of saying “Hey I’m sad” or “I want to go put back a few beers and see where the night takes me” the message is there. That being said, some of our songs are about close friends, and because of the idea that a friend is someone who you are in a relationship with, some people will look at it maybe as a love song and that’s totally cool with us. Maybe the lyrics we write are a bit nonsensical for a particular song because we wanted to focus on visual words, or a certain syllable or drawn out vowel is the best sounding thing, then we let the imagination of the listener take control of the meaning, which to us really creates almost a dialogue between us and the audience. In that instance we are kind of giving them half of an idea, and it’s up to them to bring it full circle.

The release date for your album is Dec. 7th, how long did it take you to complete the album?

We recorded the whole record ourselves in our living room and tracked all of it in about six days. The process of that is comprised of full day sessions, very intense conditions, but we work well like that.

What does 2016 and beyond hold for you as far as future music?

We have the next release written and are planning to record it early 2016.