Home Music Bands Interview: Pit Ponies on ‘Magnificent Second Occupation’ and Where They Go From... 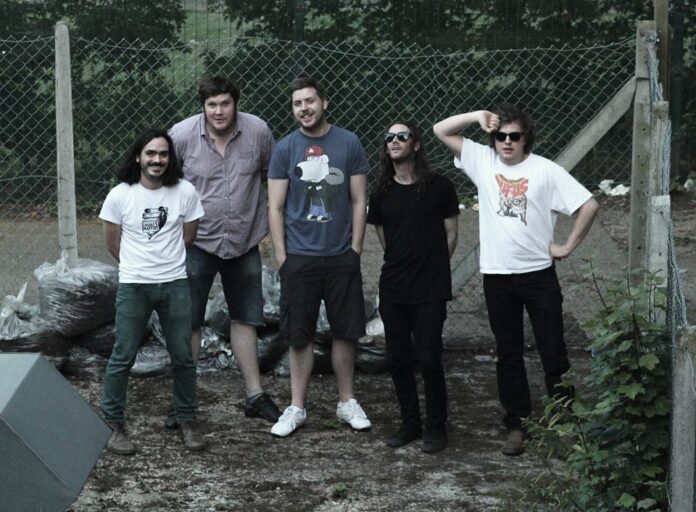 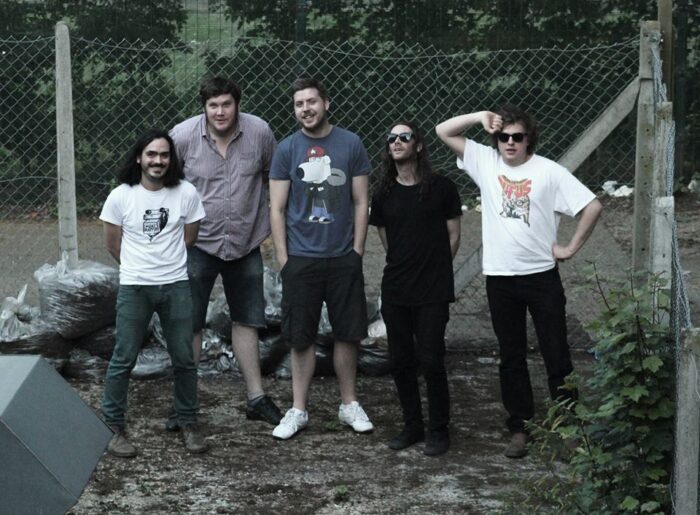 Sitting waiting for Pit Ponies in a pub that used to be the ballroom of a grand Victorian hotel, I laugh inwardly at the opulent setting. It’s a strange place for a working class writer to be meeting such a working class band. The setting is grand, yet just a station pub, so perhaps it’s a good metaphor for the music Pit Ponies produce – down to earth, but at times soaring and beautiful with melodies to die for. The lads arrive and, drinks bought, we begin to talk about how life’s been treating them since the release of ‘Magnificent Second Occupation’ this summer.

Louder Than War: Thanks very much for taking the time to talk to me. ‘Magnificent Second Occupation’ is a great album. How hard was it to produce?’

Euan: We were a four piece – we recorded half the album like that, then someone left. We were playing a gig as a three piece when we were lucky enough to be introduced to Chris OC. We were looking for a keyboard player, so it just fell into place. The five piece we’ve got now recorded the rest.

Matt (Albert): Chris has brought a lot to the band, writing songs, where before it was always just me and Euan. He sings on some of our newer tracks, with Euan doing some spoken word. Someone likened his playing to Steve Nieve who played with Elvis Costello.

He’s an excellent keyboard player. The band as a whole have a very distinctive sound. What are the major influences that shaped your music?

Euan: I think we both see the Kinks as a major influence, and some of the other English bands. I used to play a lot of The Beatles when I was younger, but when I grew up a bit and got exposed to The Kinks music, they became quite important.

Matt: You like a lot of American Lo-Fi though…

Euan: Yeah, and Scottish Indie bands like Arab Strap. Bob Dylan, there’s another one. We all have different tastes in the band, but we bring it together and it gels. Everyone has a specific place. I know that’s the same for all bands, but in ours everyone brings their own piece and it just fits together really well.

It does seem to meld together really well. There’s a lot of passion in it, but it’s a quality sound. I know a lot of bands local to me are struggling to be heard. Is it the same here in London?

Matt: Yeah, we’ve been putting on the Monster Show Extreme nights, but the next one’s our last. It’s hard, you put on five quality bands and you only get the same few people watching. It’s good that they do, but it’s like preaching to the converted.

Euan: You feel bad when you put bands on and there’s hardly any crowd. You feel bad because you’ve organised it. We’ve been looking for somewhere in Upminster to hire, somewhere for young bands to play, but there’s nowhere. It’s all booked up for children’s parties a year in advance.

Have you got any new material in the pipeline, or are you taking a break to promote the album? 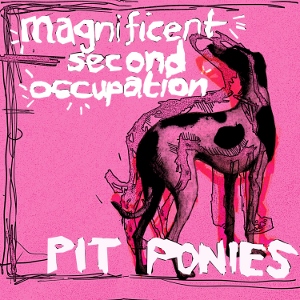 Euan: We’ve got almost half an album of songs ready! Saying that, we don’t want to bring out anything else until we’ve promoted ‘Magnificent Second Occupation’ properly. We’re hoping to fit a mini tour of the South around our day jobs first, then go further afield maybe later this year, or early in the New Year.

Matt: Yeah, starting in places like Essex and Kent. We both work 40 hour weeks, so it can be difficult.

The ordinary stuff doesn’t pay for itself…

Euan: It’s hard, but we want everyone to hear the album. We’ve got a session recorded with John Kennedy for XFM going out soon, and we have had some good write ups. NME gave us a good review. Our families are a lot keener now (laughs).

Matt: Some of them have been really great all along, though, coming to gigs…

Euan: Yeah, a lot of them have been really great.

Matt: There’s a possibility of a Trashmouth showcase tour, with Bat Bike and others doing some gigs around the country.

That would be fantastic! It’s so difficult for bands who have to do everything like PR, arranging their own gigs and trying to put out their own records, when at one time, it would have all been done for them. Trashmouth seem pretty supportive, although they’re only a small label. They seem passionate about what they do.

Matt: They do everything they can, but they’re only a two-man outfit. It was frustrating waiting for the album to come out, but they’re putting so much out this year, I think they needed to get everything recorded so they could then help to promote it. A lot of it falls to us, but that’s the way the industry is now. It can be hard when you see a mediocre band on a major label doing well.

Some of it is real lowest common denominator music, bland and inoffensive. It’s a really sad state of affairs.

Euan: I’ve seen people rush out and buy an album because it got 4-5 stars in The Metro, but they won’t go down to their local to watch something new.

I suppose we do it for the love of the music, because there’s no money in it. In an ideal world, ‘Magnificent Second Occupation’ should just have been called ‘Magnificent Occupation’.

Matt: Yeah, in an ideal world we should just be able to concentrate on this.

To finish, I thought I’d ask at least one cheesy question, so here we go: What do you sing in the shower?

Matt: He (points at EH) sings all the time in the shower, which can be quite annoying if you’re around it, actually.

Euan: Yeah, I do. All our own stuff. It’s where I do most of my practising!

Pit Ponies can be found on Facebook and Tweeter.