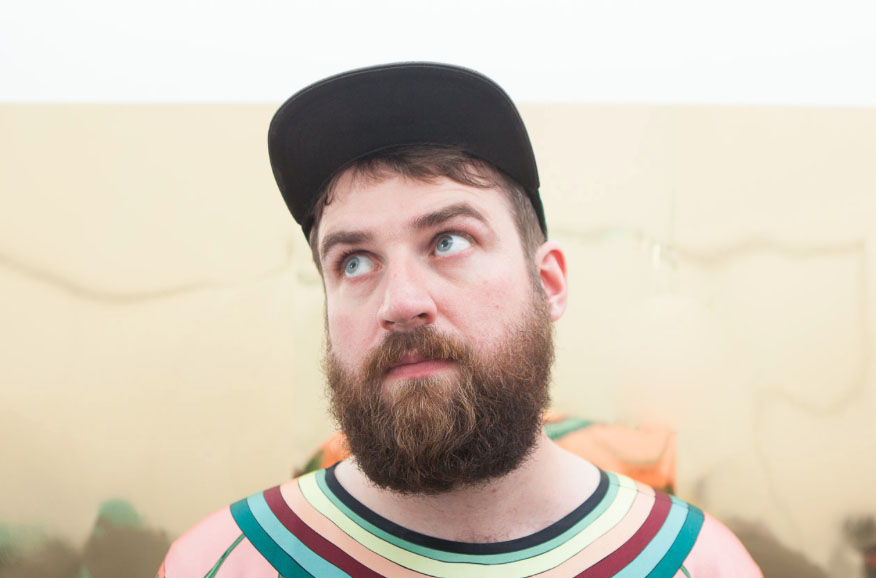 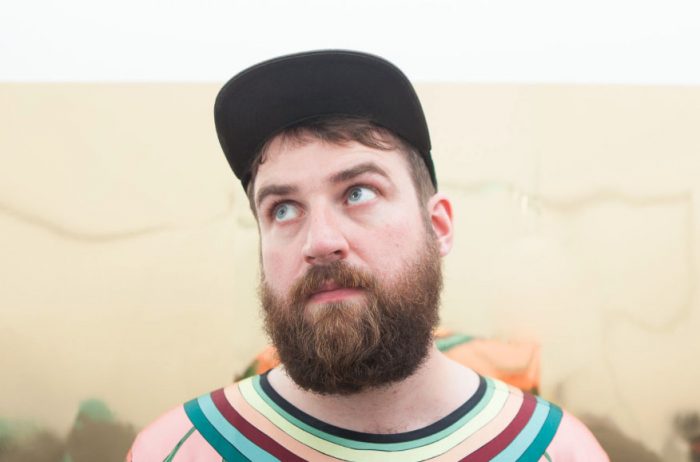 Future Echoes marks the return of Pictish Trail, the musical moniker of artist and Lost Map label boss Johnny Lynch, with his third album moving from more lo-fi, acoustic roots to sparkling, textured electro-pop musings on birth, death, loss and new beginnings. He spoke to Susan Le May about the collapse of Fence, becoming his own boss and bringing this bigger sound to life.

For Johnny Lynch, music has always been a labour of love, but he’s never really known anything else, managing to eke out a living in the business since graduating from university in St Andrews in the early noughties. In 2013 Lynch announced his departure from Fence Records following ten years at the helm nurturing the highly lauded and influential label begun by Kenny Anderson (aka King Creosote). He immediately launched his own label, Lost Map, taking the entire roster of bands with him, along with the collaborative ethos he was so pivotal in developing.

The rifts ran deep, and it’s clear the wounds are only now starting to heal. Future Echoes looks largely to the tumult of the time, exploring the death of the friendship – Lynch and Anderson were best pals for a decade – as well as other losses in his life and new beginnings.

“We had built up a really amazing thing with Fence, and built up a really loyal audience, and there was so much weirdness and controversy over how it ended,” he sighs. “But when something like that happens, it is always presented as there are two sides to the story, and that is one of the most frustrating things because no matter how you present your side it’s always going to be taken with a pinch of salt… which would be fine if the other side just wasn’t so totally wrong.”

Lost Map is now flourishing in its own right, and Lynch attributes its success to grouping together with the bands. “For the first couple of years I put all my energy in to developing the label and supporting the bands and getting an identity for ourselves as opposed to doing something with my own music, because I couldn’t face writing stuff at the time,” he admits. “I couldn’t face completing stuff because I was just feeling really hard done by to be honest, I just felt like this was really unfair.”

Despite moving on, and making a success of new ventures, it’s clear it was a horrible time. “It ended in a way that there was literally nothing I could have done,” Lynch states. “[Kenny] was having a bad time… he didn’t have control over a lot of different things in his life and the one thing he did have control over was this Fence thing and it was easy for him to pull the plug on it. I don’t think he realised how many people’s lives it actually affected. It’s interesting to see that it hasn’t continued in any way the same as it was, it’s just a massive waste. It was just so pointless the whole thing, the whole way it ended was just so utterly ridiculous and completely avoidable.”

He continues: “I’m happy to see him do well… I think Fence ended because he no longer was interested in working as part of a collective and his project is him and that’s it really, that’s his main thing.”

But things have worked out with time, despite having to start again, and Lynch enthuses over his new label’s blossoming, “amazing” roster. “Everything that happened with Fence ending definitely pushed me into making more of an effort with my own music and making more of an effort with all of the bands and just trying to plough on,” he says. “I’m happy with the way things are just now, it’s been hard though. Starting a new label, or starting with a new name, is really starting from square one.”

The two hats Lynch wears – as musician and label boss – are intrinsically linked. “I don’t think I could [do one without the other]. It all gets a bit too serious when you just do your own thing. I can’t just devote my brain-space 100% to [my own music] because it’s just so self-involved. And any failure that happens you do take personally, particularly if you are writing personal songs, it’s a reflection of who you are and your character. Being able to put my enthusiasm in to supporting other people’s music and seeing it do well… that gives me just the right amount of distance from my own thing and also spurs me on to do my own thing as well. The journey that I’ve had this past couple of years with Rozi Plain’s stuff and Tuff Love’s music has taken me to places with the music that I would never have gotten to with my own stuff.”

Future Echoes‘ shift in sound was, Lynch admits, based on a conscious decision to make the album bigger and more pop sounding. “I really wanted to involve something more electronic in to the sound because I was getting really sick of the plaintive singer-songwriter with an acoustic guitar thing, plus I don’t really feel like I was the musician that a lot of people expected sometimes,” he suggests. “They’d see me with an acoustic guitar singing and they’d be like ‘this guy will be some sort of acoustic virtuoso or something’ and I’m not, I can only play the songs I know, I’m quite limited in my playing in that respect… but that’s how I’ve been presented before, I’ve played folk festivals and stuff before and that’s what people expect and want to see and then they’d see one guy with a sampler doing really lo-fi versions of 30-second songs and rapping and berating the audience and that was my show!

But he was “a bit lost” when starting to write and demo the tracks for the new record. “I was feeling quite pent up and angry about stuff and didn’t know how to fully realise the songs, and it was only when Adem [Ilhan, Silver Columns collaborator and Future Echoes‘ main producer] was like ‘you should come down [to London] and let’s hang out for a few days and do like we used to do it’ that I realised I could take a step back and allow someone else to help with the arrangements and come up with ideas as to how a song can develop.” Lynch then returned home to the Isle of Eigg with the songs, listening to them repeatedly and working out how to make them interesting. “I’ve always been a big pop fan so that was always going to be a big reference point. So the songs and that sound sort of developed from there, me thinking about singing the songs meant that the pop structure just assembled itself around it.”

Ilhan’s involvement also meant that Lynch knew there would be a move away from a more lo-fi sound, with the producer having recently finished Radiohead’s Phil Selway’s second solo album. “[Phil Selway’s record] is beautiful,” Lynch enthuses. “It’s really well arranged, incredible instrumentation, really textured, it’s incredible. Adem was working in one of the best studios in the world with every single vintage analogue synth to hand if he wanted it, so I knew that by getting him involved, even though we didn’t rent out a big studio or anything, we did it all in his ware-home, that there was going to be a much more stylised record and I was fine with that. The DIY thing I can always do. I’ve got my 8-track set up at home on Eigg and I can do an album like that any time and I probably will – there will be tonnes of that to come – but there’s no point doing the same thing over and over again is there, it’s good to try something new and push yourself, that’s a really important thing.”

Suse Bear (best known as part of Tuff Love) has played a big part in getting the live sound of the record to work. “She’s a total genius,” Lynch declares. “She’s just got such a good awareness of how things should sound and what things sound like in different spaces and all that, and she’s an amazing musician as well. She’s played a big role in helping with this and being honest with me in how things could work but also realising that the show has to manifest itself as a two-piece, and three-piece, a four-piece, a five-piece. There’s going to be different versions of it and she has kind of arranged a lot of the stuff.

“Without her I think things would have really struggled, I’m not sure what I would have done if she hadn’t been involved. She is someone who I really trust with that sort of thing. With this record I kind of relinquished a bit of control with the recording of it, passing that over to Adem and Rob (Jones) on the production side, and I felt like to do it justice I had to do the same with the live thing.”

“Nothing is ever perfect,” he reflects. “I see the way that I’ve done things, it’s as DIY as it’s ever been. There’s some things that are done in a good way and some stuff that’s a bit half-arsed or not fully thought out or a bit messy, but then that’s what creating is, it’s making mistakes.”

Pictish Trail has spent most of this year touring, with a headline, full band run of dates in England and Scotland, festival appearances and more stripped-back gigs as support for the likes of Slow Club and Malcolm Middleton. He has survived more car accidents than he should have and will play a pre-Christmas Union Chapel show in London with James Yorkston and Withered Hand. Next January will see his biggest headline show, at Glasgow’s Oran Mor, as part of the brilliant Celtic Connections festival.

Words by Susan Le May. More work here, Twitter there.