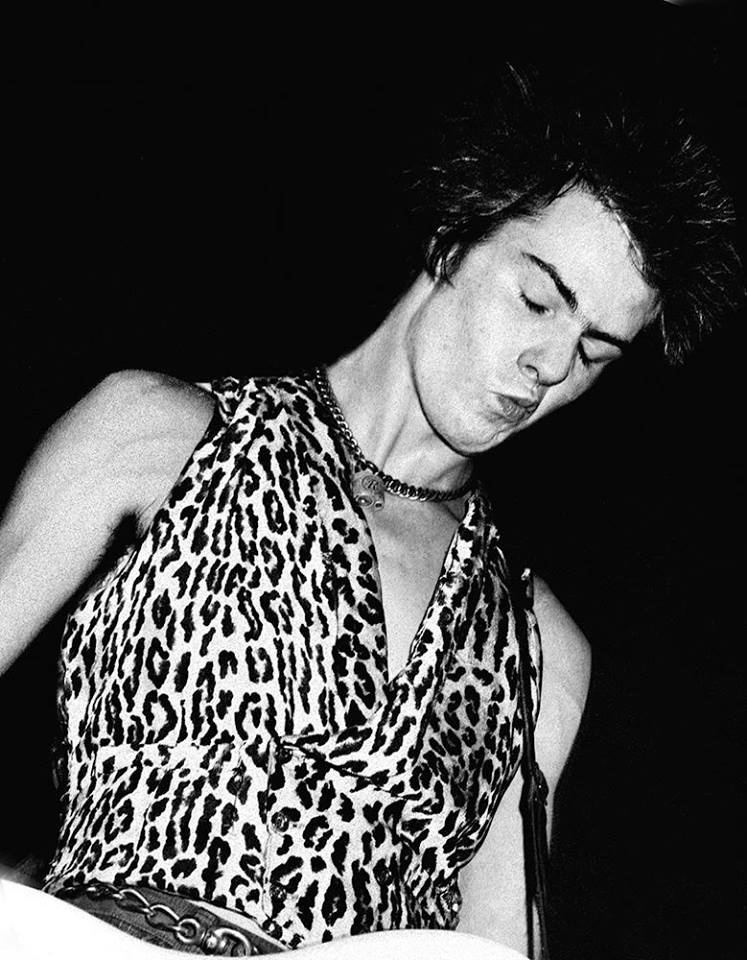 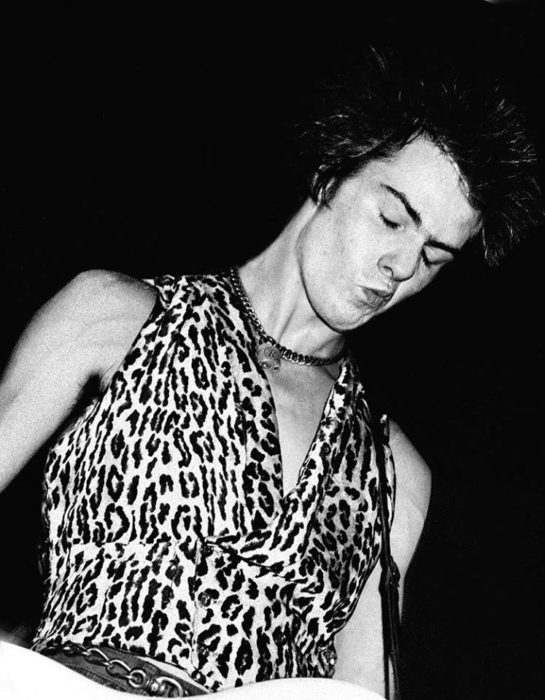 Forty years after the death of Sid Vicious, people will always be curious as to what actually happened on that fateful night and the whole mystery surrounding the myth and legend of The Sex Pistols icon. Peter Gravelle, the punk / fashion photographer who was actually on the scene at the time probably knows more about what happened than most people. Wayne Carey has an intimate chat with the man himself and finds out a lot more about what actually happened…

This was supposed to be an interview about Peter’s great book and his career in photography. It turned out to be a full blown account of the early years in London and the downward spiral of John Simon Richie (aka Sid Vicious) who was taken away far too early by the excess of drugs and fame which lead to this untimely demise of one of punks first pin ups. On February 2nd 1979 he was found dead and people are still questioning what really happened around this time. Peter Gravelle got involved in the punk scene from the start, making iconic album covers for the likes of The Damned and being involved with Generation X and The Pistols. I speak to him ready to go with my set of questions but they are not needed. Peter, with his well spoken London / American tinged accent tells me everything about those gripping times when punk exploded and Vicious imploded… 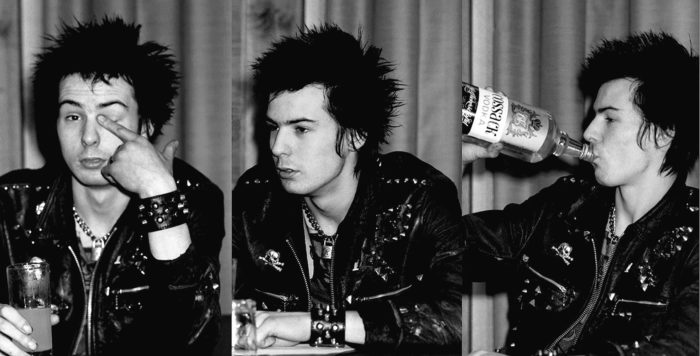 “So how did it all start Peter?”

“I came across this scene purely by chance due to being friends with a girl called Judy who was a model who was going out with Brian James (The Damned guitarist) I was asked to take a few photos of the band unpaid. I agreed as long as I could do my thing and that became the pie scene. The thing was at the time there was a scene springing up and I just got dragged into the whole thing. I got friendly with Barry Jones (guitarist with The London Cowboys and Johnny Thunders) and ended up being part of the whole Roxy scene. The 100 Club was another place where everyone went but there was no real meeting place until The Roxy. Another club in West Kensington I can’t quite remember the name of had a lot of live bands on and if I remember I saw The Damned play there. At the time people were using different names and I didn’t want the Peter Gravelle name confusing people with the fashion work, so I used different names like Kodick, or Hugh Heffer to confuse people. 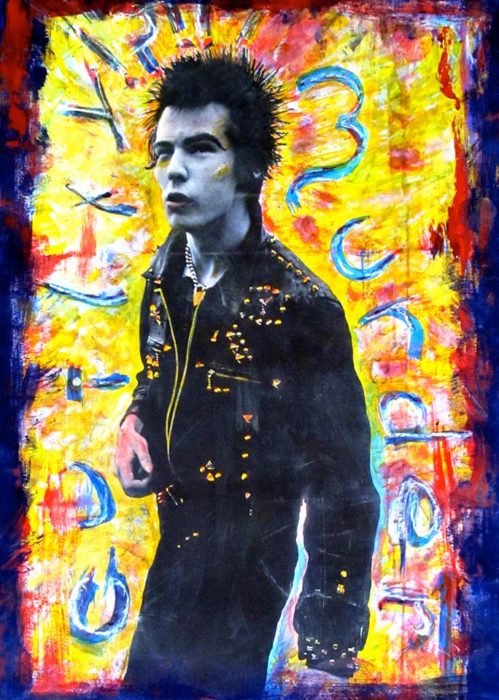 Peter then talks about Sid.

“I first met Sid probably in The Maida Vale area. I had my own place in one of the mews and Sid was living not far away from me. Barry Jones used to have parties in his house and this is where I got talking to Sid and loads of other bands hanging around at the time. I had heard about the reputation from the Nick Kent incident and that he could be a loose cannon but nothing really threatening about him. Just a young guy with a bit of an attitude taking shit loads of speed which was the drug of choice at the time. Heroin was not even on the scene at the time, but that all changed sooner or later. I travelled to Sweden with The Pistols in 77 and it was fucking weird. Everyone had long hair and it was like a fucking Viking convention. The band played tiny venues and not many due to being banned after a short time. 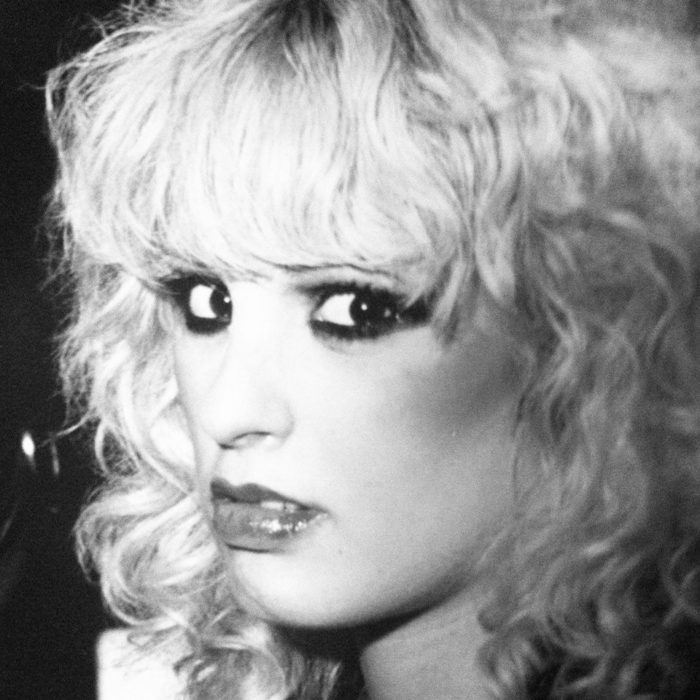 This Is America – Nancy Spungeon And The Downfall Of Sid.

“Nancy was trouble from the start. Sid was using and the quality of the heroin in the UK was far superior. For some reason Sid had a thing for Nancy and she got him using again but the heroin was shit. You had to buy bags of the stuff to get a decent hit and we basically didn’t get the buzz that we were used to. Nancy basically fucked up his life around this point. I wasn’t there when she died but there are many takes on what happened. I just think Sid had this thing about her and was dragged in by a nasty piece of work who sealed his fate. Sid did his time at Rykers Island after her death and was clean when he left. I was told he was out and I actually bumped him into at Max’s Kansas City. This is where the incident with Todd Smith, Patti Smith’s brother unfolded. It all got a bit out of order and Sid smashed a glass in his face. No one knew me at the time and I was a witness but lied about the incident saying I saw nothing to stop him being sent back to prison.

The Night That Changed Everything

“Sid was let out after the altercation and his mother was hanging around. Now I need to point out here that Malcolm McLaren has a lot do to with his death. He knew Sid’s mother was dangerous and should have never been let near him. Sid knew his mother was there and I had to hide him from her at the time. We went back to Sid’s friends apartment Michelle Robinson. Sid’s mum was there and had bought some shit heroin, that’s when he asked me to get him something. I said I’ll see what I can do and get back. I got there at around 8 o’clock. I’d scored some good stuff recommended by a friend I’d met. Me and Sid had a hit and it was fucking strong stuff. He was quite strung out and I panicked a bit as he had turned blue. You have to think he was clean at the time so you can imagine how his body was not conditioned for the usual stuff. Meanwhile his mum was cooking dinner and Michelle was there also. Nothing like the party everyone reckons they were at. He was eventually OK when I left, however Michelle had given him 4 quaaludes to help him sleep. Now taking 2 of them is bad enough, however after shooting heroin 4 is fucking mental. Sid was always persuasive and probably asked his mum for another hit on top of that. I had left at 2am and found out the next afternoon he was dead. They found a bag of heroin next to him when they found they body which was suspicious due to him allegedly having another hit. Did he take anymore? Or was it the quaaludes….”

A tragedy waiting to happen anyone? Sid Vicious was on a path of self destruction that caught up with him, being bad parents, bad partners, bad lifestyle. Such a shame….

On a lighter note I talk to Peter about his own future and what to expect:

“Is there anyone you’d like to photograph nowadays in the music business? I do suggest The Blinders….

“I’m interested in doing something with Peter Perrett from The Only Ones. He has a new album out soon so that would be good. Iggy Pop is someone on my radar as he always has that thing. Other than that I’m enjoying a retirement moment but always got ideas in the pipeline.

Watch this space…. Peter Gravelle could tell you some stories. He certainly told me one. 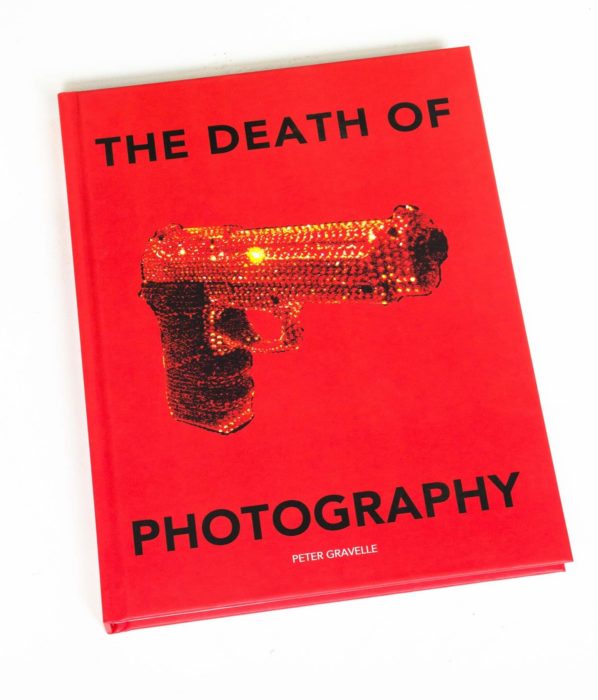 You can buy this fascinating book from the available retailers:

For Sex Pistols trainspotters out there, one of these photos has never been published before….

Photo credits: Peter Gravelle (copyrighted). Use of these images in any form without permission is illegal.