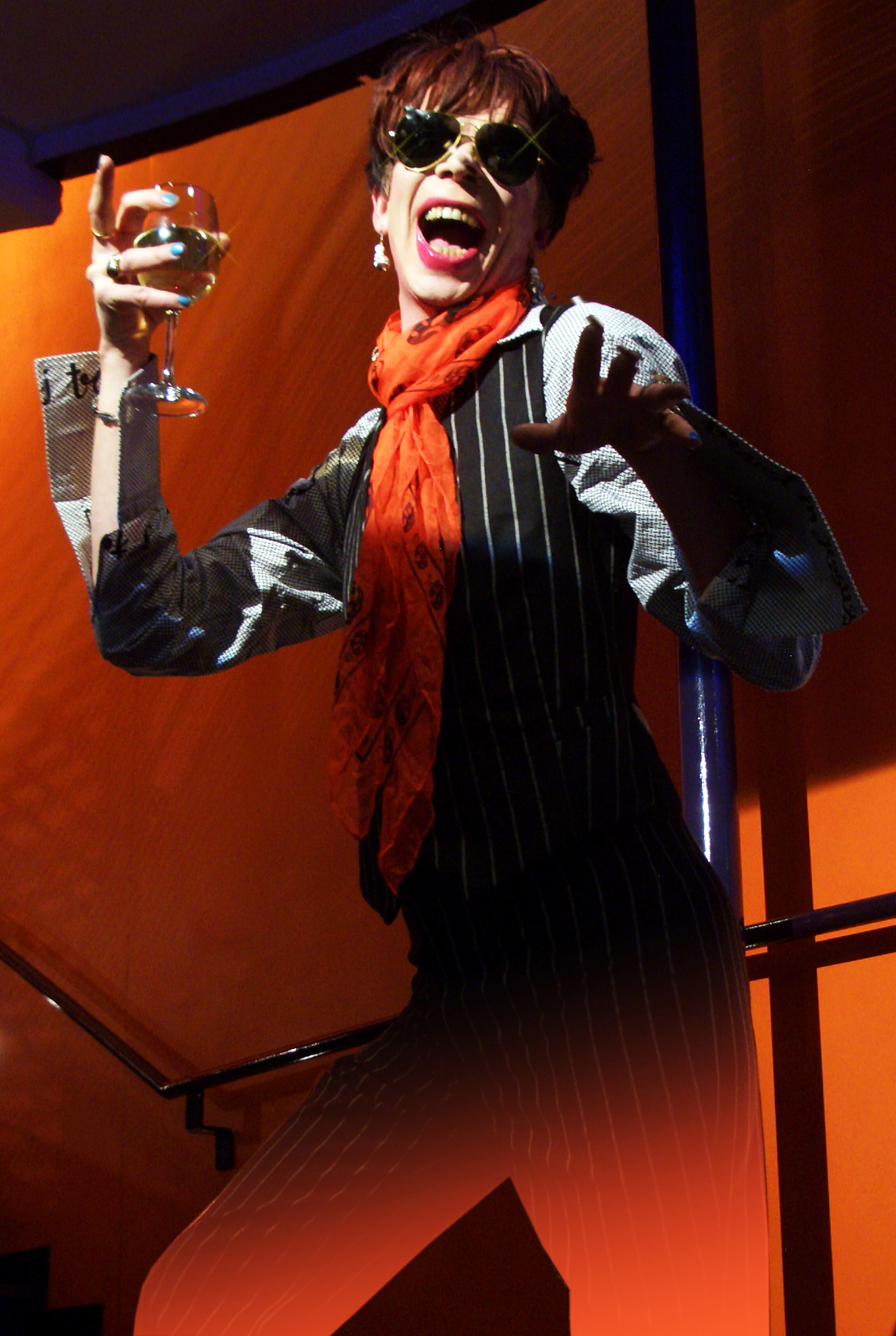 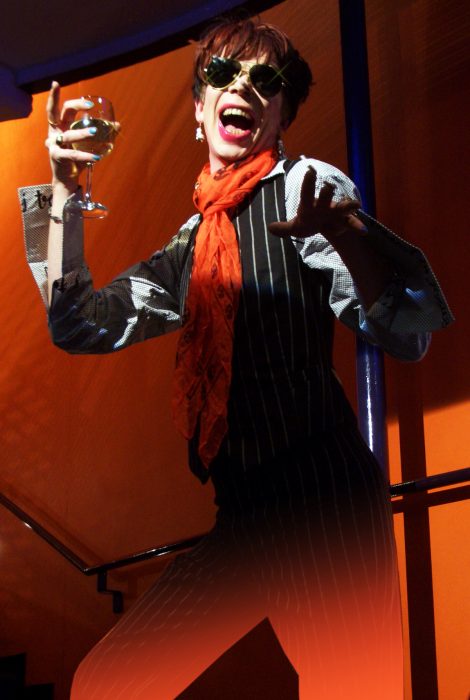 David Hoyle made his name as the outrageous anti-drag queen The Divine David using his alter ego to challenge  bourgeois prejudices with some shocking no hold barred shows.

Since killing off his alter ego to Bowie’s ‘Rock ‘n’ Roll Suicide’ in a spectacular farewell show in London, Blackpool born Hoyle has continued to provoke, inspire and just make people laugh under his own name.

He will making a rare trip back up North to play a gig at Hebden Bridge Trades Club on Saturday 13 August as part of the first Happy Valley Pride.

What can people expect from your show at the Trades Club?

I might throw in a bit of contemporary dance. There will be songs and I’ll do a painting. I hope people will join in as all my shows are participatory experiences.

How important was The Divine David to you?

I would say The Divine David was a vehicle to articulate myself and to give myself the means of expression, I felt I wanted to express myself, and I think Divine David manifested himself in a way that made that possible. It was everything to me, but it can also be a curse or a blessing.

The Divine David famously died in an epic show at Streatham Ice Rink…any plans to resurrect him?

When you played Doug Rocket on Nathan Barley you worked with a young Benedict Cumberbatch.

It was a lovely experience working with Benedict and in those days he didn’t have the profile he has now. I’m not surprised how well he has done as he ticks all the boxes.

Your work seems to know no bounds and famously one of your characters murdered a disabled woman onstage (see below) when she upstaged you.

That was something I did with Liz Carr and we worked at that. Liz is fantastic and I think she is one of the best comediennes going. But when it comes to comedy I don’t think there are really any limits. It’s all pretty much up for grabs.

Is humour a useful weapon in undermining stupid prejudiced people?

You have to see the funny side, and very often it is a sense of humour that keeps us going. How many times are you in a situation and you think, you know what, all you can do is laugh? It’s almost like a hysterical reaction – laughing and crying at the same time.

You recently appeared in a new movie Set the Thames on Fire about two boys who go on a magical journey.

That was directed by Ben Charles Edwards and was the third film project I’d been involved in with them. They wanted me to play the magician who the two boys meet on their journey and it’s a beautiful film. The art direction is superb making it a complete experience well worth stepping into.

You grew up in Blackpool in the 1970s so what was it like growing up gay then?

You’d hear people say gay people should be gassed. That was normal and I heard that on a daily basis. That’s why I’d recommend Matthew Todd’s book ‘Straight Jacket: How To Be Gay and Happy’ and I think a lot of people would benefit from reading it. Not easy reading but it’s a worthy endeavour as it says the truth.

What is his truth?

No-one wants to think of themselves as a victim but a lot of us have been. We were the victims of some horrific homophobia when we were children and it has fucked some of us up big time. Matthew is acknowledging that and how some of us having have been living with Post Traumatic Stress Disorder. I’m with him 100%

So Pride events like Happy Valley Pride are still needed?

It’s great as it’s not something that should be hidden under the carpet. People pretending they are not gay or somebody they are not for so called respectability. Visibility is very, very important.