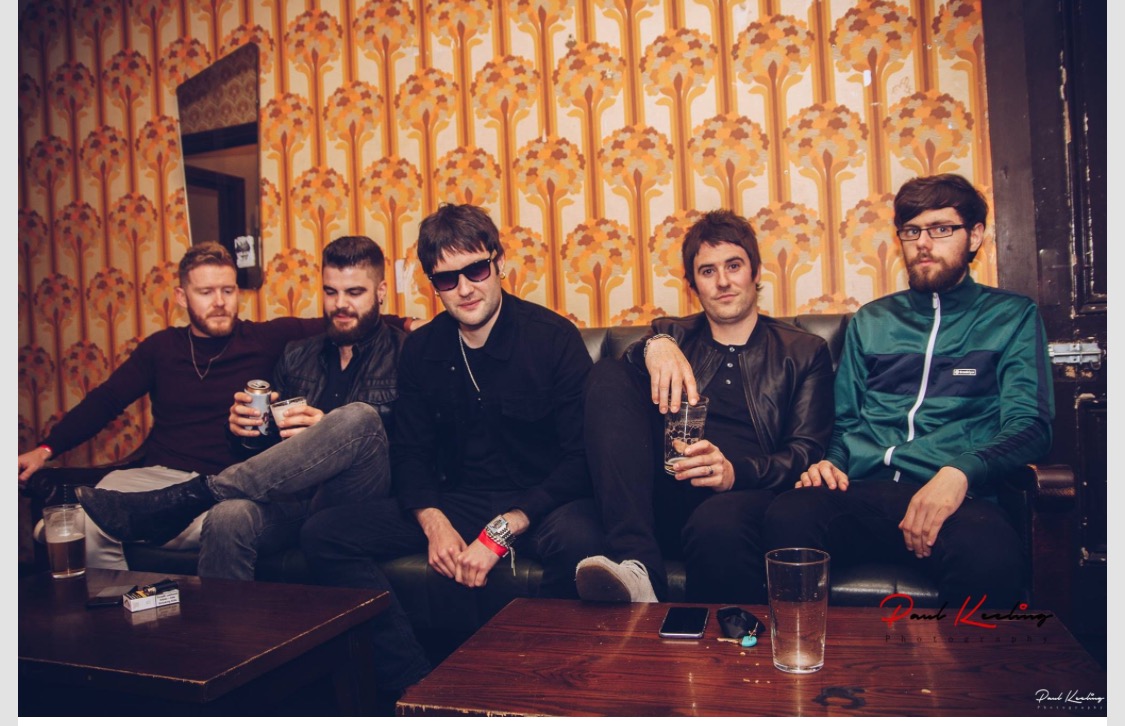 Based in a small village outside of Dublin, Irish alternative/pop/rockers “Penrose” are starting to create quite a buzz throughout the country and the U.K. With musical influences taken from the great bands of the 60’s, as well as The Verve,  Oasis, and U2, their music is powerful and filled with harmony and cool melodic tones. 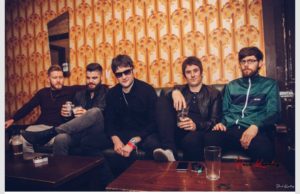 The five members of the band consist of: Darragh McGrane on guitar and lead vocals, Kilo Fitzsimons on rhythm guitar, Mark Bolger on the bass, Donal Bowens on drums and Benji Hayes on keys. Every member of the band sings as well.

With a wish and a desire to live the dream, frontman Darragh McGrane spoke about the faction’s music, influences and hopes for the future, urging fans and fans-to-be to experience them live.

Louder Than War: Your band kind of reminds me of U2.

That song that you heard is a big hokey U2 influence. If you’re to look at some other of our songs, it’s very Oasis and The Verve. We try to mix the 60’s groups like The Beatles and The Beach Boys. Particularly for me, I like ELO, Jeff Lynne. Jeff Lynne is the main singer/songwriter,

You’re the frontman of Penrose, correct?

That’s right. I’m the frontman and I write all the songs.

Where do you get your inspirations for your songs?

I get it from everyday life really, scenarios that might happen to me personally, or things that I might see in my surroundings, or something that might happen to somebody else. I write about whatever comes to me in the moment. I’m not like a storyteller, I don’t just write love songs, and I have a different perspective on each song.

Your “Living In The City”, the one that reminds me so much of U2, looks as though it takes place in New York.

It looks like it’s done in New York, that’s the trick. We actually got the footage of New York City and what we did then was we kind of superimposed ourselves in the city. So we made ourselves look like giants in New York City, which I thought was a pretty cool look. Our guitarist Kilo actually did the video, he put it all together himself.

How creative! Now give me a little band history.

We’re together officially about 2 1/2 years. I would say the five of us as we are now are together just over a year and a bit maybe. There are five of us in the band. There is myself, I’m the lead singer and play guitar. We’ve got  Kilo who plays guitar, we’ve got Mark on bass, Donal on drums, and we’ve got Benji on keyboards, and everyone sings as well.

(At this point we took an interview break and he showed me his 20 month old baby girl, Bella and then his 15 week old baby boy, Zach, who were the cutest children ever)

So are you planning to tour with your music at all?

At the moment what we’re just been trying to establish is a name in Ireland. We’ve been over to the UK a few times. We would like to hopefully get a record deal, and get the finance to go touring. All the good things that go with being in a big band. The plan is to live the dream, travel the world, and do what we love, which is playing music. We’re talking about going back to Liverpool and Brighton at the end of the year.

As a musician and a singer, do you believe that music can change the world, especially in light of the state that it’s in today?

Not to sound cliché, but I think it already has. When you look at The Beatles, when you look at Elvis, when you look at all these greats, they have helped in either a political way, or a charitable way. They’ve used it to help people and bring good to people. If you look at bands close to home obviously U2, they are the best band in the world still after 30/40 years. Me and some of the lads just went to see them on the Joshua Tree tour over here in Dublin. It was  phenomenal. As much as what people say about Bono, U2 are one of the best bands I’ve ever seen in my life. Bono is one of the best vocalists in the world. To still see them at the top of their game and how good they are doing is amazing. Being Irish and to see that, I’m very proud to call myself Irish. All the work that he’s done, and what people say he’s done this he’s gone that, but look at all the work he’s done for AIDS, and other charitable things that people don’t even know about. I have to respect him for that.

Well then if you think that music can change the world, what song of yours would you pick to help change it, and why?

How did you get the name “Penrose”?

I saw it on the back of a tombstone and I thought it was great.

Where are you going to be in five years with Penrose?

Hopefully, I see myself on some sunny beach in Barbados with a massive yacht and €10 million in my bank account. We’ll see what happens.

What would you want to say to your fans?

We’re only going to get bigger and better and come check out one of our shows live cause there is nothing like it. It’s like on a different level, we are one of the best bands out there…