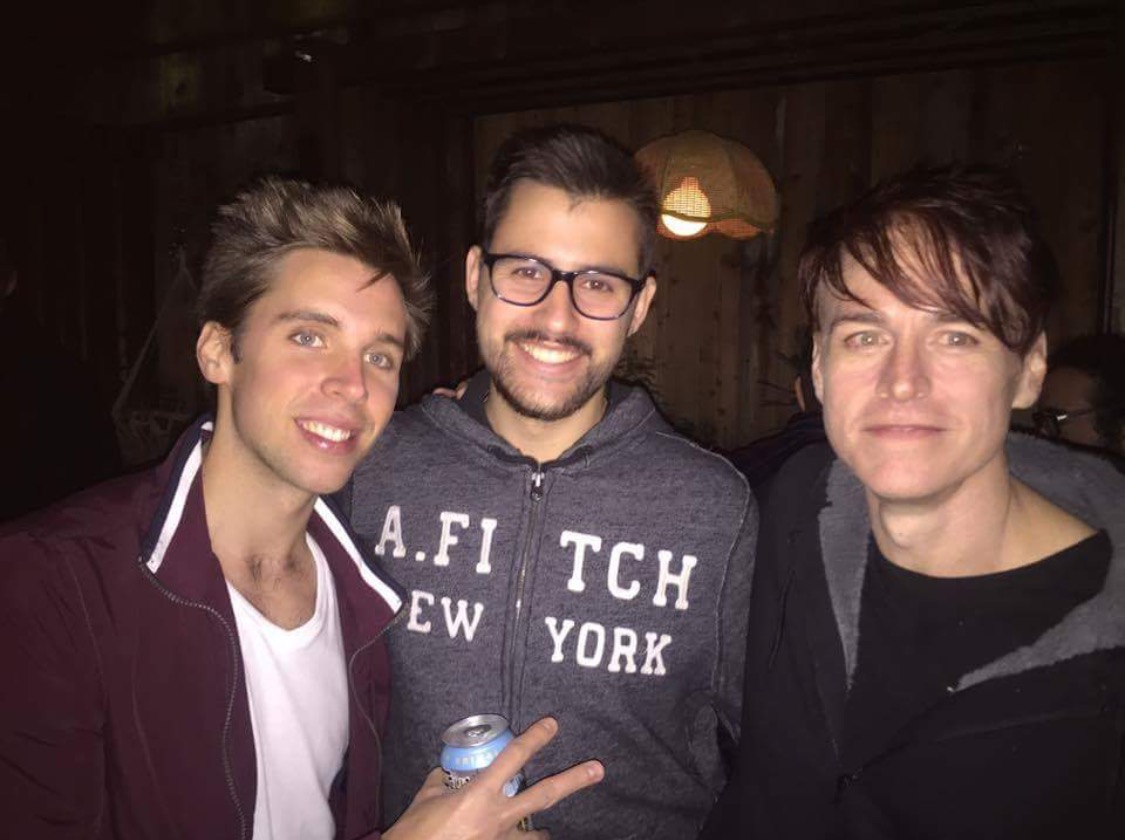 I am still trying to figure out why this band isn’t a household word! Here’s The Riot has recently released their new EP entitled Here’s The Riot. Paris Tomkins, a musical genius, is the master behind the group, creating songs about love, hope, anger, alienation, and heartbreak, using a dark, grunge flair, infused with alternative rock, that sends the audience on an unquestionably unique adventure. 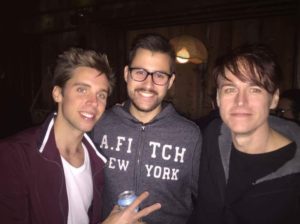 Members of the band include Paris on guitar and lead vocals, Eric Reymond on bass, and Victor Singer playing drums. Their first single, “Love Makes Me Crazy”, is featured on the hit TV show, “One Mississippi”. Paris also wrote music for comedian and close friend Tig Notaro’s HBO special.

Paris, originally from Houston moved to LA at age 17 to pursue a music career. He was frontman of the band Church of Mars, and later created dark, goth under the name Paris Grim.

Paris Tompkins has it all, the sexy, gym wrapped look, the powerful music, the creative brains and most importantly the insanity, all reflected within his captivating videos, and his compelling musicality. Paris is an artist to watch carefully….aside from that, he’s a blast.
Louder Than War:   Here’s The Riot….brilliant band name, how did that happen?

Rock music, when it’s done right, should make you feel like you don’t give a damn about the rules. Like… unencumbered by the weight of a society that’s driving us all crazy. Screw that! So…. Here’s the Riot.

I love your music, it’s already added to my play list…who writes the songs, and what in life inspires the songs?

Thanks for the compliment. It’s so great when a person enjoys the music that you make. I write the songs and I’m almost always inspired by real life events. Like if something happens and there’s a genuine feeling to it, that should be a song. And it’ll resonate with other humans. We’re all so much alike at our core. So any song about ecstasy or heartbreak, everybody has the antennae for those.

Awesome question! I’m sure I’ll be thinking up new answers for this forever, but here it is for now. A small club, super intimate. Everyone in the crowd would know all the songs. Then I would go through the audience and sing a verse with every single person. And then, of course, everyone would sing the choruses altogether. With everyone engaged like that, you know when we hit the fat riffs the place would explode. I’m getting chills.

“Love Makes Me Crazy” is so radio friendly, why aren’t you a household word yet?

Haha! I ask myself this a lot. But we’re gaining followers and attention. I actually believe that’ll happen soon. In the meantime, I’m working on more songs.

I hate this question, but I have to ask it…..what artists did you listen to on the radio when you were growing up?

I’m a rocker. I like Guns n’ Roses, Nirvana, Ac/Dc, Metallica, Alice in Chains, Soundgarden,etc. And of course, lots of stuff that was never on the radio, like
Motörhead and Judas Priest. Queen may be my all time favorite.

Do you plan a tour to support the EP…maybe to New York?

Absolutely! Right now we’re focused on promoting and getting interest happening and once our name is out there and people know us a little more, touring is the first priority. I would love to come play New York. It’s one of my favorite cities in the world. There’s an electricity in the air there that you can’t find anywhere else. And amazing pizza and Central Park and, and, and….New York is awesome.

What thrills you about playing live?

Volume! Loud, distorted guitars are like sonic tendrils that reach down into my lizard brain and pump my adrenal gland. When a loud guitar plays the right chord, I start coming out of my skin.

You’re a new addition to a box of 64 crayons…you’re the 65th color, what color are you?

Haha! First of all, as the 65th color, I’m going to have to make a name for myself, cause I’m the new jack. That means picking a fight with one of the big colors. No one is going to respect you for taking down peach. I’m going to have to take on red or blue. That’s a challenge. I’ll probably need to fight dirty. I’ll have to go with maybe like a glow in the dark black cherry. Like Crimson and black glow in the dark.
Define music.

Hmm. You’re not going to be easy on me! Haha. Sometimes your having feelings. Then if your tuned in to those emotions maybe you tap out a rhythm or something, or sometimes just say something. Maybe something lyrical, maybe the same thing over and over. If you keep going with that and building on it, that’s music. And when you do it, other people can feel the original feelings that you felt, maybe with a new point of view. That’s why we listen to each other’s music.

Do you believe that music has the power to change the world, and if so which one of your songs would you use to change it?

I have never believed something so much. Without music, this world is flat and grey. It helps us to feel exhilaration and hope when we’re in the shit. The song I would use to change it is called Turn This Motherfucker Up, because it’s what I believe. Like, “turn up the music, be alive, feel ecstasy. This ride is going to be fast.”