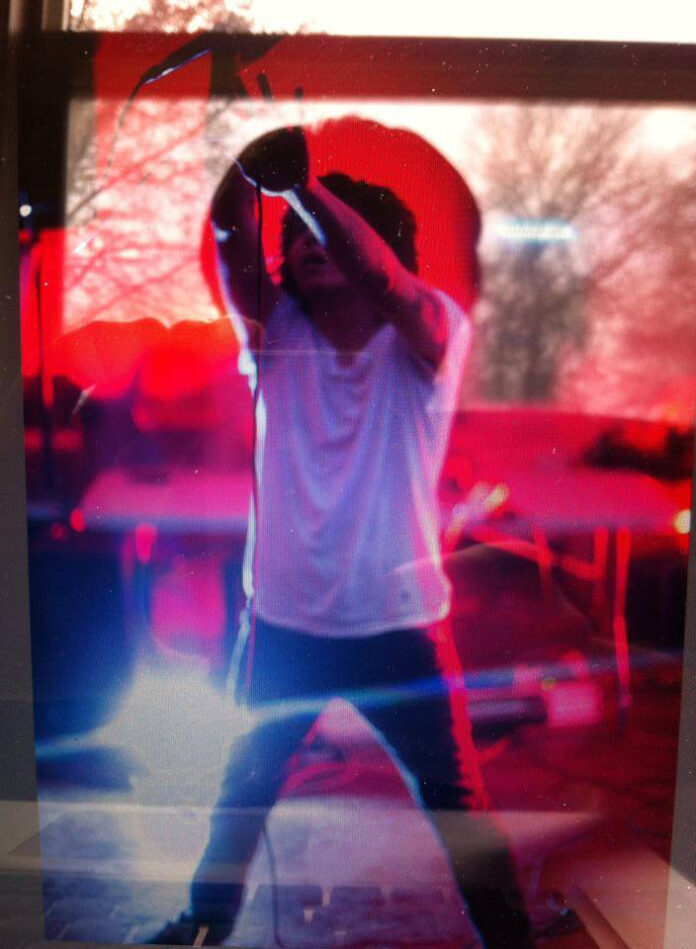 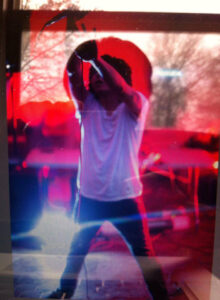 In his first piece for Louder Than War John Lunny get’s Houston breakcore artist P.L.X.T.X to answer our quickfire Q&A.

Not for the faint of heart, Houston’s P.L.X.T.X (aka Bradley Muñoz) is a musician who is prepared to quite literally bleed for his art. Somewhere close to breakcore and the angrier side of Aphex Twin, you get the feeling that P.L.X.T.X (pronounced ‘Pluto’) has a lot to shout about.

Described as ‘self-awareness social protest’, if you ask to him to sum up his music in a few words, and with another album in the pipeline, P.L.X.T.X is hungry and setting his sights on bringing his ‘guerrilla style’ performances to Europe next year.

Louder Than War: What are you trying to say with your music? What’s at the root of it all?

The root of my inspirations is my child hood developmental stutter. I still have disfluency up to this day. Not as bad though, but prominent on certain days. Speaking different languages make it worst. Music allows me to express myself from all the compressed emotions I’ve held over the years of not communicating.

Some people tell me to ‘forget about it’ or ‘you don’t have it that bad’, but it’s a ongoing hidden problem. A lot of folks don’t understand it’s not the ability to communicate effectively. It’s psychological weight. People finishing your sentences or throwing out words to guess what you’re saying. Worst, even giving you a weird look because you don’t sound ‘intelligent’. I ignore them, but the faces of ignorance are burned into my memory.

At times, I wished I’d gone mute in my youthful days, but I’m glad it was not granted. If so, then I wouldn’t be screaming these things at the top of my lungs over amen breaks and hard hitting kicks with distorted synth lines.

Anything else you’re working on at the moment?

At the moment, I’m slowly working on a Japanese album. I’ve became obsessed with the language and culture ever since I’ve toured Japan in 2013. It’s release date is still unknown, but I will be releasing a noise single via mini CDR (limited presses) real soon. Release date should be around spring time, early summer.

You’ve been involved in projects before. Would you change anything if you could?

I don’t miss anything. It is what it is and I move on. I won’t go back in time to change if I could. If it wouldn’t be for the chaos then P.L.X.T.X wouldn’t be here today.

Some amazing music is being put out on cassette – given so much is online these days, what’s the attraction?

Cassette tape (to me) is the poor man’s vinyl record. They’re easy to make, inexpensive, and heavy duty to carry around with you. Cassettes turned into a memorabilia than a new way of listening. Sure you have loyalists for analogue format, but let’s be real. This thing is not efficient on a day to day basis. A lot of people don’t have cassette players nor vinyl record players. I think the idea is going back to the days where you handle something and place it in a device and push play. It’s going back to interaction with media, than carrying a smartphone or MP3 player with 1s and 0s.

What the hell is a blood stamp?

Haha, it’s a cut out square of paper and thumb print of my blood. I use this on my merchandise (mainly cassettes) to give it a special vibe. Not only you’re taking home music with you. You are also taking a little piece of me as well. I like to put effort into my craft and I think this is the best signature you can have on a art piece. Not to worry, I am disease-free, the stamp is dry and taped over for protection.

What is the first album you ever owned?

What kind of equipment do you use?

Computer, Line6 DL4, and a microphone at the moment.

For live, I use fluorescent lights and strobes that’s controlled via computer to add epileptic sensation to the mix.

Recording, I stay in the box and use a few outboard gear (Sherman Filterbank and Doepfer Dark Energy/Dark Time).

Tell me about Houston.

Houston is a big place. We have one of the best ports in the states and we are a very diverse city. The bad thing is that we’re swallowed up in traffic. It’s terrible, you can’t get to point A to point B in time, the public transportation system is a joke especially if you live outside of the loop, a car is a necessity to travel around the city. The cool thing is with all this frustration, a lot of unique art creations come to be.

And last question – if you could pick a title for a review?

Interview with John Lunny. This is John’s first piece for Louder Than War.