Home Music Bands Interview: Ohhms – ahead of their debut appearance at Temples Festival we... 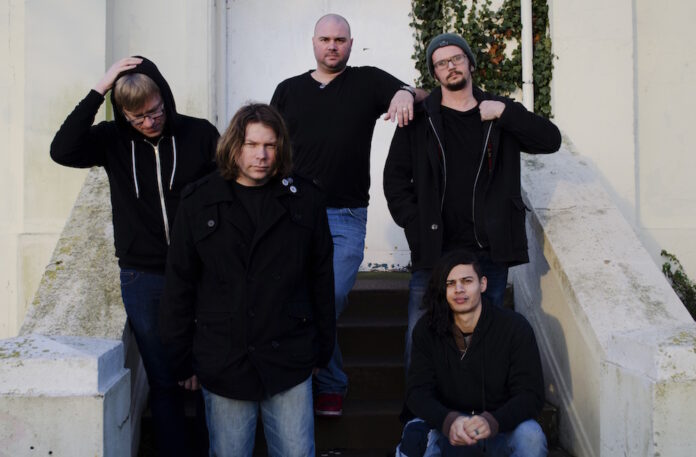 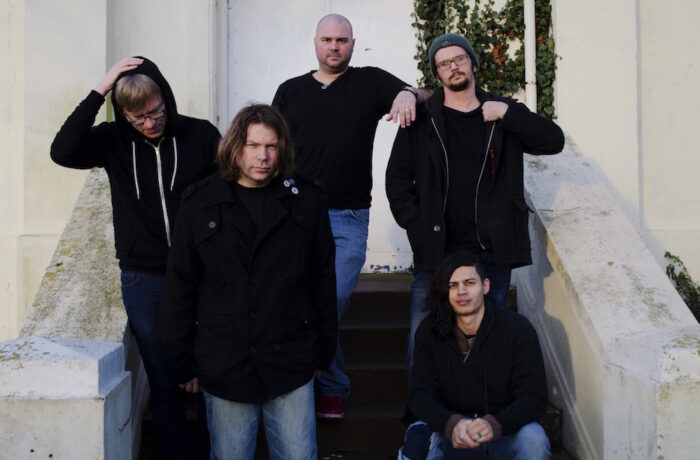 Prior to their playing Temples Festival tomorrow we catch up with stoner rock meets prog band Ohhms to talk about festivals, a new EP and their top 10 ‘shitty’ horror films.

Despite having only been around for a year or so thus far Ohhms are, without a question of a doubt, a band going places. Which also means they’re a band in great demand, hence why not only are they marking their debut appearance at one of the world’s foremost heavy music festivals, Temples Festival in Bristol, tomorrow (where they’re opening for none other than Dylan Carlson’s Earth) but they also have a handful of other festival appearances lined up this summer to boot.

Ohhms also have a new (their second) EP due out in a month’s time on the excellent Holy Roar Records, which brings us two more colossal and monumental tracks, both of which lumber in at around or just over 15 minutes and which at times remind the listener of everything from Pink Floyd to the best stoner rock bands.

With all this – and more – happening for the band at the moment this is obviously a perfect time to have a chat with them, which is exactly what Louder Than War’s Philip Allen recently did. And as a bonus to answering Philip’s questions the band’s Paul Waller also gives us the lowdown on his top ten “shitty” horror films.

But before we jump into the interview, here’s something to listen too while you read, Ohhms debut EP Bloom, still available to purchase via Bandcamp.

Louder Than War: First of all, could you tell me a little about the band and how you got together?

Ohhms: Paul, Dan, Chainy and I had all played together in various bands, which had more or less become defunct prior to OHHMS. I can recall Paul calling me and saying he wanted to start a project in the vein of Swans and I remember meeting up at his place to decide on a direction, name, ideologies and share some musical ideas, which at this point was just a drum beat. (A drum beat which incidentally ended up being the introduction to ‘Rise of the Herbivore’ from ‘Bloom’.) We jammed for about a year or so on some ideas with a mate of mine on drums. We had no big goals at this early stage; we just wanted to make music. After a short hiatus we came back with our new, and current, drummer Max. He breathed life into the songs that had lain dormant for months and the OHHMS machine started rolling.

We put out a demo of a riff we had used ages ago which started getting attention, which if I am honest surprises me to this day as it was just one riff. So we went to record what was meant to be a more representative demo with Ian Sadler and Emaline studios and we were so pleased with this ‘demo’ at its early stages we decided to work at it and turn it into a full release. This became ‘Bloom’.

Ever since then it feels like we have had nothing but awesome stuff happen to us, from being picked up by Holy Roar, amazing responses to our music both live and on record, radio 1 air time and being asked to play the mighty Temples festival to name a few. We have all been blown away by the response we have received and I speak for us all when we say that we are truly humbled.

What are your influences, musical or otherwise?

We have two definite strands of influences. The first being animal rights. These influences mainly appear our lyrical and ethical directions but not much else. I think it’s important to be able to differentiate between ethics and music. I don’t want someone to be put off by our ethics if they love the music. Musically we are all diverse in our influences. We couldn’t name a specific band that we ALL love, but all the bands which we draw personal influences from all share a similar theme which is progression, in all its forms. If I was to write a rough list of shared influences it would look something like this. The Melvins, Old Man Gloom, Swans, Bjork, Blur, Isis, Black Sabbath and Pink Floyd. Paul always mentions CRASS too and I’m sure I’ve missed some important ones off.

What bands have you had the pleasure of performing with so far?

Props go out to anyone who I’ve forgotten and anyone who was nice to us at shows.

Fuck you anyone who was a dick.

But we are super stoked about the shows coming up for the rest of this year and next year. We’ve got some right corkers on the way.

What are your thoughts on the Temples festival you are playing this weekend?

What do you see in the future for OHHMS?

I hope that we continue to receive the love and support that we have had so far. We are currently writing songs for our full length album which is exciting as we are going to be trying so many new ideas out on. A lot of bands say “Yeah man we are really trying to push the boundaries with our music” and it ends up being the same boring bullshit just with slightly more/slightly less singing. But trust me when I say it will be still be awesome, we aren’t experimenting for the sake of it. I’m excited for the gigs announced and unannounced for next year. If this year is anything to go by, next year is going to be monolithic!

Ohhm’s new EP, Cold, is due out on 29th June on Holy Roar Records. It can be pre-ordered at their Bandcamp: ohhms.bandcamp.com. A full list of their upcoming live shows can be found below Paul Waller’s “Top Ten Shitty Horror Films” which start with…

I expected this to be as joyless as the ‘Megashark vs Octodolphin’ franchise or whatever but it turned out to be really rather funny and pretty sick in taste. The practical FX are astonishingly bad. The only crappy part was the gag reel at the end. Honestly the whole thing is so shoddy it plays out like one 90 minute long gag reel anyway.

This is a big budget disaster movie starring Michael Caine which funded because Jaws was such a success a few years previously. Unfortunately all the actors forgot how to act and phoned in each and every line plus it appears that the FX team simply didn’t turn up for work, yet, as I watched this as a kid I was terrified. I’m still scared of bees now.

This one tends to get a lot of hate from the Halloween fans but as a standalone ‘non Michael Myers’ movie it’s killer. It’s got a heap of sci-fi in it too as the baddie in this one is really business men who create masks for kids that contain computer chips to turn them into killing tools or some such rubbish. Genius I tell ya!

As a kid I saw this a hundred times or more but I’ve not been able to find it in adulthood except as a VHS tape which is useless to me now. But I remember a leather clad metal band visiting a town and converting the youth into demons or something. Plus there was a monster with boobies running around the place with a really long neck. For some reason that’s always stayed with me.

WETA did the FX here so they are great. Plot: Killer Sheep on the rampage in the New Zealand countryside. What is not to love? Even the trailer makes me laugh bogeys out of my nose.

There are biker gangs and occult black masses and boobies and switchblades and then at the end the werewolves are revealed. Finally…you have to wait the whole film. It’s not really a spoiler; the title says it all really. Better than Easy Rider I reckon, by a Harley Davidson mile.

It cost 2 million dollars to make and made 20 times that back so why hasn’t everyone and their mum heard of this… No sequel either. Its nuts. I knew I would love this as soon as I saw the title written in a magazine somewhere. It does what it says on the tin. Plus the theme song is a killer track from The Dickies. The Dickies! Honestly.

These are classics and everybody should already know and own a copy of these. The script, plot, acting, FX and cinematography are all abysmal in them but also it could be argued that the script, plot, acting, FX and cinematography is perfect in every scene. These movies contain so much blood and so much gore that it stops being funny and you begin to worry about the state of Peter Jackson’s mental health.

More metal references throughout the movie, including a metalhead playing records backwards. There are more demons too, this time sprouting from a hole in the back yard and loads of stop-motion animation and practical FXs. It’s a perfect package for me.

I can quote this line for line. My favourite part is when D’arcy from Smashing Pumpkins seduces Jeff after magically appearing in his room, supposedly from the TV set. Also this features some crazy zombie death scenes plus that one zombie with an iron stuck in his head, he can’t do a slow zombie walk for shit.

And a reminder that their new EP, Cold, is due out on 29th June on Holy Roar Records and can be pre-ordered here: ohhms.bandcamp.com.