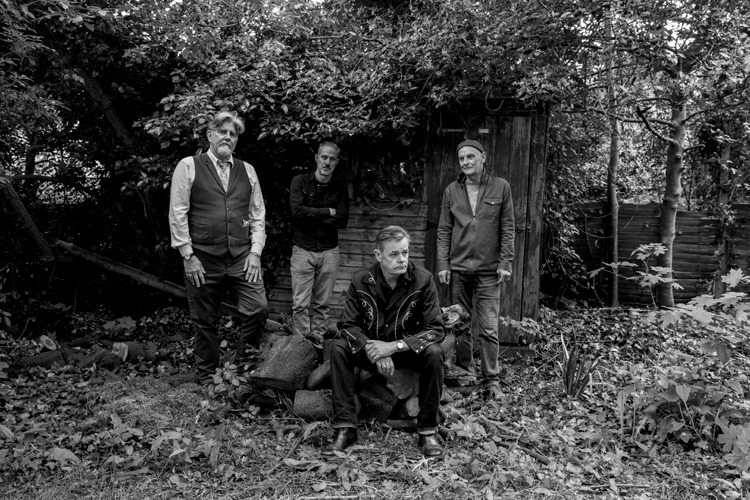 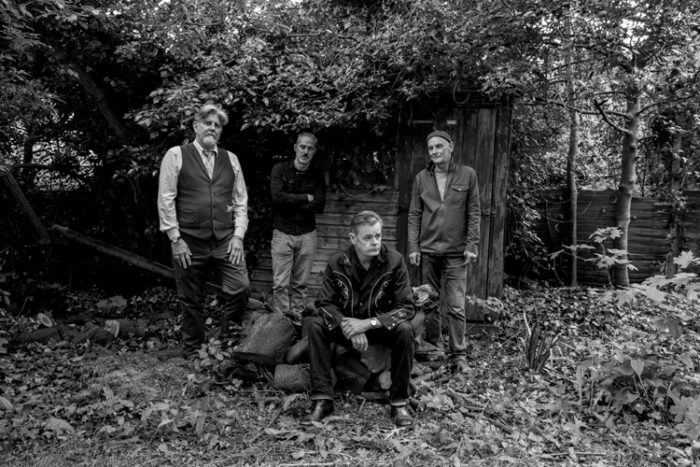 Fans of the Coal Porters have got the occasion to lead a hand to the forthcoming release of their former co-leader Neil Bob Herd. A Kickstarter campaign has been launched. The LP titled “Every Soul a Story” features Neil and the Dirty Little Acoustic Band. We catch up with Neil for a trip down memory lane, reflections on songwriting and the genesis of this new record.

You have been in many bands over the years, could you tell us a bit more about them and how they led to play the style of music you are now playing ?

Haha – how far back do you want to go? Well there’s always been a rockabilly / country twang to my stuff, along with communicating with an audience – I learned that in the first outfits I was in when I first came down south – The Screaming Abdabs (not the pre-Pink Floyd outfit!) were a polemical skiffle trio with a “play anywhere “ ethos, so we got quite handy at winning over “challenging” audiences, we also busked a fair bit which sharpens up your act like nothing else – I later made a living in a 6-piece horn-led busking outfit called The Howlers for several years, that mutated into a slightly earnest but musically adventurous indie trio called the Onan Brothers (we got a Radio 1 session based on our “novelty” song “Bigot on a horse”.. needless to say we thought our more political material was far superior, but lacking in the hoedown-shoutalong chorus department..) after that I had a few years as “Scots Billy Bragg” (still a big fan of BB – once I teamed up with Sid Griffin in Western Electric and the Coal Porters, we did a few shows with Billy – a good egg)

My audience interaction threatened to take over a bit at this point and a career in standup started to beckon.. not my thing so I promptly formed a “clean guitar power trio” called Handsome who made a rather lovely 10” ep ( my last vinyl record) After that I was keen to just play guitar / steel so worked with a few different people – lots of demos and a cool Cave-esque album with an outfit called Avalanche – (who’s singer Phil Kane has a new album out around now which I did bit of guitar on.) Through all this I always most enjoyed playing stuff with a bit of twang and tremolo to it and my “year zero” intolerance of country music subsided as I realised that it was one of the few genuinely grown-up genres where you could sing about real, gritty stuff.

How did the Little Dirty Acoustic Band came together ? Could you introduce the band ?

Really did find them in Paul’s shed! – ok, Paul Fitzgerald  was my soulmate in  the Coal Porters for their last 4 years, and he and I had done a few gigs as a duo – he introduced me to Gary Smith Lyons our (and many of Kent’s finest bands’ ) suave drummer, who in turn introduced Glenn Lamberton our laconic,  Scottish and very cool bassist – they both practiced in Paul’s “shed” – actually it’s not a shed, it’s a proper brick painting studio which kind of functions as an ad hoc arts centre for Paul & his mates.. and his family.. and their mates – it’s a great setup and we’re very fortunate – I’ve said many times that it all came together very organically and these guys are really patient with me and my peculiar songs.. and yes, the album tracks were all recorded basement tapes-style in the “shed”.

In the video on the Kickstarter page you say that forming the band was a way to keep having an outlet for your songs after the demise of the Coal Porters. Could you tell us a bit more about your love of songs and of the process of songwriting ?

Although, like a lot of my peers, I had a bit of a post-punk year zero attitude about “old, boring “ Music – the stuff that really grabbed me then was by the likes of Elvis Costello and Nick Lowe – very much “classic shaped” songwriting – although I was also a huge fan of bands like Wire – but again I particularly liked songs like “Outdoor miner” and “Map reference” , both of which had really catchy choruses.  Prior to that I was a massive Thin Lizzy fan – again because of the melodies and lyricism wedded to them being a really powerful, dynamic band. So I suppose I always admired that kind of song craft – I’m still a sucker for the verse chorus / verse chorus middle 8 verse chorus structure – I’m big on the idea that you can have 3 acts in a song – that really helps lyrically when I think about characters progression through the song or how the story develops .

Being around the authentic rockabilly resurgence in the 80’s also brought home the country connection which is absolutely woven into that music and I started to hear and appreciate “the good stuff” – artists like George Jones and Wanda Jackson completely bridged the genres. And people like the Blasters and Rosie Flores brought it up to date with very economical songwriting and again direct communication – a real mastery of simple ingredients – it’s what people like JD Mcpherson right now do so well.

I’m kept up to date too by my 10 year old daughter – we’re currently enjoying”Old Town Road “ Billie Eilish’s “bad Guy” and “baby shark” in equal measure and I’ve gained more of an appreciation of modern song craft through her playlists !

The Coal Porters were a Bluegrass band. For people that have only heard you in this context, could you describe what they can expect from the new record ?

It’s cut from similar cloth but with added electricity and drums – but in an early rock and roll sense – there’s not walls of distortion etc – we like to think that we still have the dynamics of a bluegrass band – but we have a handy 5th gear which a purely acoustic outfit don’t have – for  example Paul predominantly plays “Telejo” – a banjo / Telecaster hybrid of his own making – – I play  a bit of electric pedal steel too but live Paul replicates those parts on Dobro. (Although a ”Telesteel” is under construction) Nick Lowe’s ethos on this is spot on – he talks about the quality you get when playing quietly and the dynamic range it affords you – I saw him recently with Los Straitjackets – a rock and roll band if ever there was one but again they didn’t play loud but really dynamically – I think this approach  really allows the listener in. And we’re very keen on that.

Was the material planned specifically for this album with this group of players ?

That’s a great question and, thinking about it – yes, it’s all the newest material we do – so we have routined up the arrangements with this ensemble – early on we reworked songs I’d done in the Porters – usually keeping the feel quite similar , but these are all new songs so they have the DLaB stamp on them – we do have a few guests on here too. Gemma White from the ‘Porters plays some great honky tonk fiddle on”Everyone’s got a book inside them” and my old (Scottish!) pal Lucy Edwards (front woman of the Well-Oiled Sisters) plays some gorgeous lyrical accordion on “The colour of History” our WW1 sea shanty. Andrew Stafford of the Porters also plays some fine slapped upright bass on a couple of the more rocking tunes.

Is there any plans for live dates around the release of the album ?

There’s  a wee Scottish tour planned early Oct – probably me solo, or duo with myself and Paul – we’ve got some dates in the South East with the whole band – we have to build up to going further afield.