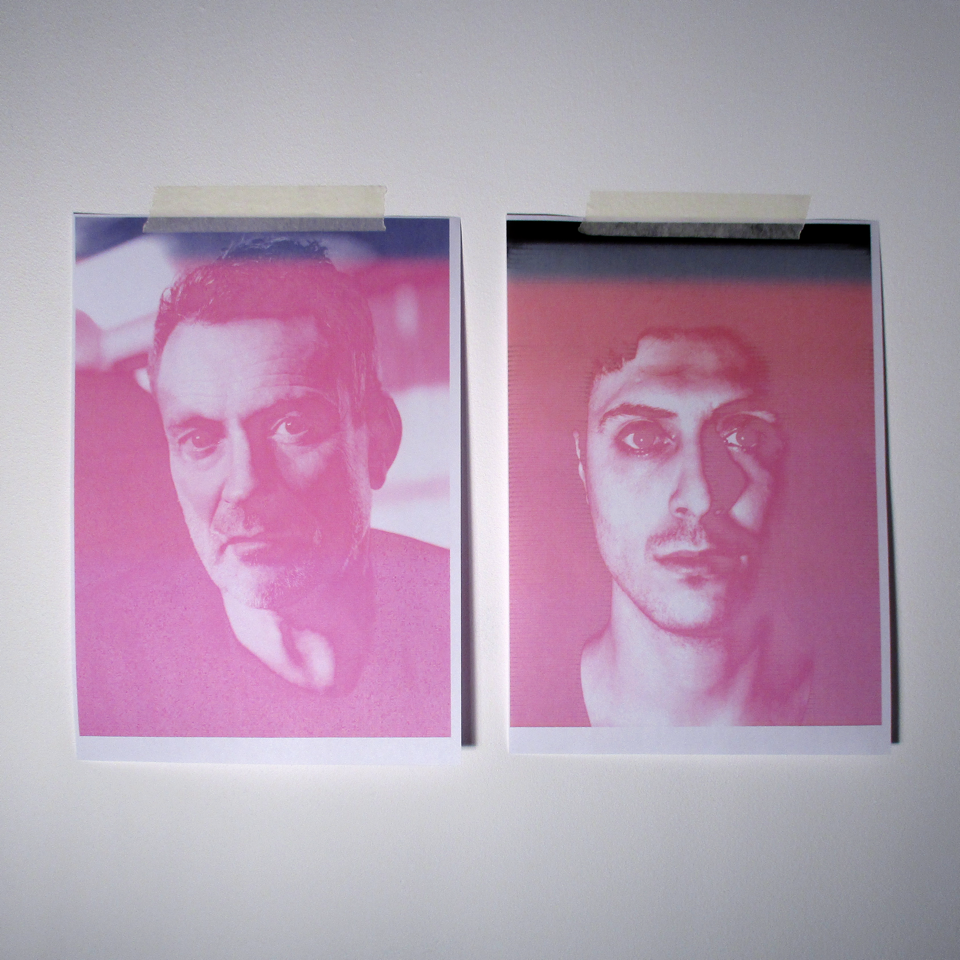 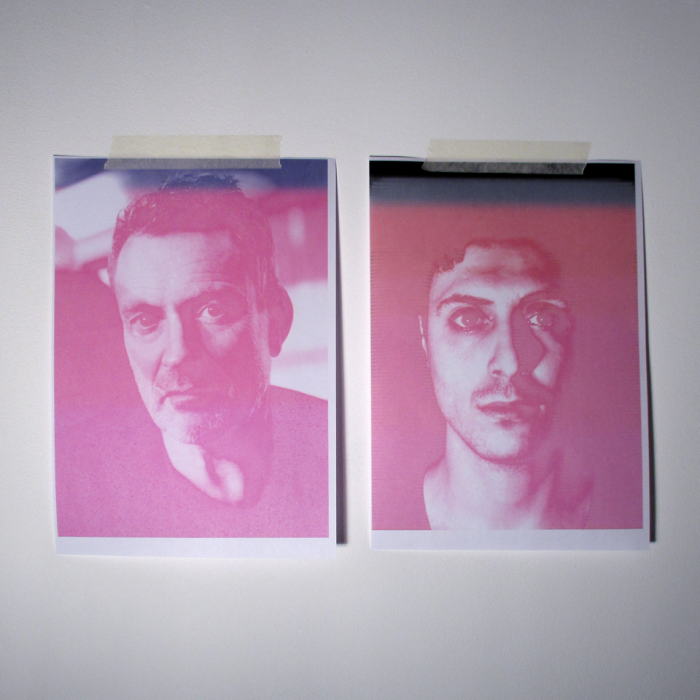 The collaboration between Blancmange’s Neil Arthur and solo electronic artists Bernholz (who also performs live as part of Gazelle Twin) dates back a couple of years when the pair met and discussed doing a one-off single. Files were swapped, sounds and lyrics re-wired, and the gloriously minimal result was two songs. The pair are now set to release their debut album.

Self-confessed Blancmange fanatic, Paul Scott-Bates caught up with Neil and Jez and fired a few questions their way.

Louder Than War: It’s been a while since you first collaborated on the track Ideal Home, why the long gap before an album?
Neil: That was the first piece we did together, along with Overwhelmed we released in April 2016. The rest followed over the next 18 months. Then the physical production began, artwork, mastering cd, vinyl, etc. Then here we are. Outside Near Future recordings, I’ve also released ‘First Light’ with Fader, and with Commuter 23, Unfurnished Rooms and The Blanc Tapes with Blancmange in that period. Then there’s life beyond music.
Jez: It did take a fair amount of time but given the fact that we’ve both been working on albums and Neil has had such a prolific spell recently, we did ok. Also, as Neil says taking into account all the extra bits you have to do once an album is finished it’s no wonder the process went on a little longer in the end. I struggled after my son was born to really engage with music for a while as well. That was a major priority for a long time so I did hold things back a little, but we did make some good progress considering we’d never worked together before.

Ideal Home, the album, sees you take a dark, black outlook. It seems to be haunting at times, almost more like sounds than music.
Neil: Oh, it’s not that dark is it? I can go really dark. Melancholic, at times, yes. Ok, a bit dark. I don’t know about the ‘black outlook’ you mention though. A lot is observation, with a lemon twist.
Jez: I guess there are some dark moments. Dawn, in particular, and some of the lyrical content might be a bit more on the heavy side occasionally. But quite often I don’t look at those as darkness more catharsis, confronting problems head on. Some sounds for me evoke a bit of existential dread but there’s something quite satisfying in going that deep. However, there are other sounds and field recordings which bring a real lightness to the whole album.

What initially brought you together? Were you fans of each other’s work?
Neil: We met via my manager Steve Malins, who gave me an album Jez had released called How Things Are Made. I really like it. I then invited Jez to support Blancmange at the Red Gallery in London. We chatted a lot, found common and uncommon ground and started exchanging ideas.
Jez: I absolutely loved the Irene And Mavis EP and found Neil one of the most incredibly charming and likeable musicians, people even, that I’d ever met, so I was honoured to be asked to support the band on tour.

Neil – you seem to have an incredible output at the moment what with Blancmange and Fader also releasing albums of late. Do you purposely see each project as a way to express a different sound?
I don’t think so. They are different because of what the various combinations bring to the table and importantly, how we react to information that the other one brings. Jez and me with Near Future, Benge and me again, then with Blancmange me and on the last album Unfurnished Rooms, Benge coming in to add/replace and mix. 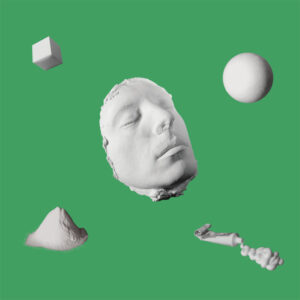 Jez – it’s been a while since we’ve had any new material from you? How did Neil persuade you to collaborate?
I’ve never really stopped writing, but as I said the birth of my son was a big thing for me, so my focus and attention shifted completely to him for a long time. I’ve had an album in the works since the release of my last Consequences, but I’ve just not had the opportunity to release it how I want to yet. I’ve had a pretty big creative spell myself recently though and I’ve got two more Consequences projects coming out in the next few months as well. Touring with Gazelle Twin has also been a big thing as well as settling into what silly people would deem an ordinary job. Neil was very open and easy going with the whole project from the start and that’s what made it so appealing to me. His response to an early piece that I made, (which became overwhelmed) just blew me away, I knew it was going to be worthwhile.

Are there any plans for Near Future to tour or make more music?
Jez: I hope so, we’ve already made a fair bit of music outside of the lp and we’ve shared a few ideas of lp 2 back and forward to each other. In terms of touring, I’d really like to have that happen
Neil: Yes, in these 2 instances, I’d say more is best, not less is more.

Which artists excite you at the moment?
Neil: I’m really enjoying Chris Carter’s new album Chemistry Lessons Vol 1.
Jez: Looking forward to hearing that Chris Carter lp too, Umfang, Visible Cloaks, Laurel Halo. But I only seem to listen to Haruomi Hosono produced stuff, Yasuaki Shimizu or David Sylvian at the moment though. Waiting for a release from this year to really get me. Rezzett are good. The new Eartheater lp sounds promising too.

Do you think that vinyl is here to stay again?
Neil: It’s having a good go at it.
Jez: It never went away for me. 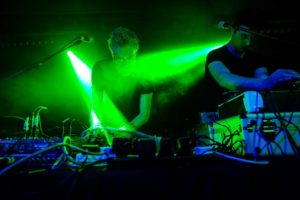 How do you think that D.I.Y. artists have changed music by allowing them to work outside the constraints of labels and create at home?
Jez: I’ve never known any other way – I’ve always been doing it on my own. I don’t find it easy running a DIY label and releasing music, but I’m glad in a lot of ways that I don’t have the pressure of a major, or even a large-scale indie. I’m too much of a control freak and I have to do things at my own pace in my own way. Social media has made it really easy to communicate ideas instantly to people and I’m grateful for that.

How has making music changed over the years? Is it easier now with technology or harder to come up with original ideas?
Jez: From a producing perspective, it’s made it easier for me to finish things to a ‘standard’, but I still like music that is rough and ready, so I incorporate that process as much as I can and try to avoid over-producing these days, which is too easy to do.
Neil: Well, I don’t spend one or two days in a studio trying to get a sequencer to lock to SMPTE on a 24-track tape machine anymore. I’ve learnt to get ideas down quick, which in a way, was very much the approach I used before getting access to those big studios of the early 1980’s. If it’s a good idea, it’ll stand up. As I see it, ideas have nothing to do technology. That said, tech development has made getting those ideas recorded easier. Phew!

Are there any boundaries you set to avoid crossovers into blancmange or gazelle twin territory?
Neil: It was never going to happen, it simply didn’t occur to me that it could be a possibility.
Jez: Gazelle Twin isn’t a project I am really involved in creatively, that’s all down to Elizabeth. But with my own project there was nothing I would avoid apart from the most intense parts; very noisy or very repetitive things. I only want to embrace more of what Neil has to offer.

The reforming of bands from the 80s and 90s continues. In the wake of Abba announcing new material, do you think that music was better in the past or are we just suckers for nostalgia?
Jez: Abba are amazing and so is Beyonce, and all the other parameters in between. People get stuck in what they think defines ‘real’ music and that’s boring and old fashioned to me. I’m definitely up for a small amount of nostalgia, but that has nothing to do with measuring greatness. I love music from all eras, but how is it possible to dismiss all the incredible music that’s being made now? That goes for pop music as much as anything experimental. There is so much glorious stuff to discover, incredible writers, producers and performers. I hate stuckist mentality, and I loathe videos that try to make some kind of comparison of bloody Sgt Pepper with Justin Bieber. There are other ways to measure music and it doesn’t mean the 60s/70s or 80s were better because some music now is mastered loudly and not recorded to tape or whatever gripe it might be.
Neil: The best has yet to come for music etc. I don’t do nostalgia. That said, I think I understand why other people do. The future is a bloody daunting prospect, but one way or another, we will be going there. So, to have what you are familiar with may help in the inexorable move towards the abyss, I mean the near future. Emotionally the future has difficulty in pressing emotive buttons, that guarantee the responses those nostalgia can bring. Also, we humans are very selective when dealing with nostalgia. At times well capable of creating comfortable versions of personal history, which may stray from, or wander between fact and fiction. That’s coming from the person who listened four times to Pet Sounds yesterday and gets tearful at the thought of JR Hartley looking for his book on fishing in the old Yellow Pages ad!

What does the future hold for you as a duo and independently – present and future?
Neil: Near Future live. Near Future 2. Near Future the film. Near Future the app. Near Future snowstorms. New Blancmange album and tour. More and more…
Jez: All of the above. Also, Consequences 5 & 6, and The Innermost Surfaces In Eggshells lp from me, a new Gazelle Twin lp and tour soon and more releases from my label Anti-Ghost Moon Ray

Near Future will release their debut album Ideal Home on 25th May, 2018. 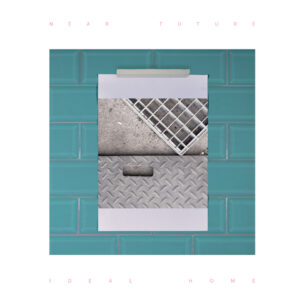