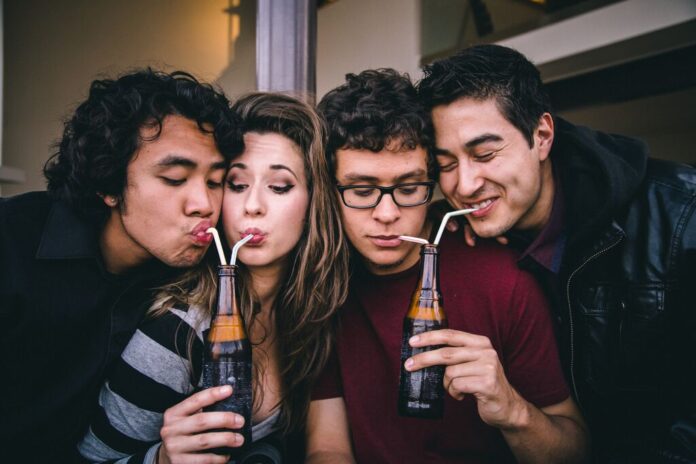 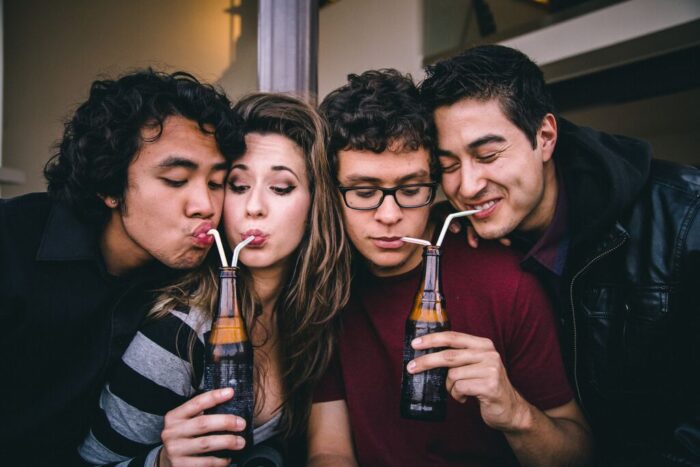 ” Ridiculous” is the new single release from MLEO, an alternative rock band based out of LA, composed of a couple of excellent musicians linked via the influence of jazz, funk, indie rock, R&B, hip hop, and hard rock.

The members include: Audrey Reed on vocals, Victor San Pedro, playing guitar, Nick De La O on bass and drummer, Elias Vasquez. Their first single “Sunken City”, is just the beginning of their journey as they strive to become the voice of the modern rock band, with their quirky sound and unique music.

Louder Than War: Who wrote Ridiculous, and what inspired it?

Usually when we write, we come together and agree on various chord progressions that work with whatever mood or vibe we are trying to portray. These ideas either come from a cell or riff brought in by someone, or something that developed through jamming together. From there, Elias, Nick, and Victor write their individual parts and riffs while Audrey writes the melody and lyrics, so everyone is hands on when it comes to the writing process in these situations. For “Ridiculous” specifically, the subject matter was inspired by the back and forth confusion between anger and self doubt that sometimes exists in modern dating relationships.

Your musical sound is very different, very unusual and unique, what is it inspired by and what genre or genres do you consider your music to be?

Each of us come from different backgrounds of studying while all four of us simultaneously come from a jazz background in varying levels. The combination of these backgrounds from rock, R&B, funk, jazz and some hip hop come together as we try to express ourselves individually, and cohesively. We usually refer to our music as Alternative Rock.

How fun was it playing with Plain White T’s and Andy Grammer?

It was a great experience opening for such established and polished artists. We were able to talk to Tom Higgenson and Andy Grammer, and they were both really nice guys. It’s awesome that you can do the rock star thing your whole life and still be down to earth to a bunch of 20 year olds.

Do you plan a tour in support of the single and album?

We try to play as many shows as we can back in our hometown (Sacramento) and around the Los Angeles area, as well as Las Vegas. Although we do not have a specific tour planned at the moment, we currently have shows booked in these cities and plan to promote the single and album at each venue.

Who created your name, and how was it created?

The name MLEO was created by Audrey when she was bored in class at her university. It comes from the symbols of man, lion, eagle, and ox that were used heavily in ancient civilizations, which was a small topic in the lecture that day. The name was mentioned to the rest of the band, and it just kind of stuck. We like that it isn’t a real word with any connotation already attached to it, thus only really meaning us and our music.

Yes! We are constantly writing. Right now we are working on developing a few more new songs. We also have a music video for “Ridiculous” that is currently in the editing process which is scheduled to be released next month.

What do you like about being an indie band?

We love that we have creative freedom, and that our bond continues to grow stronger each day as we work hard on our own. Eventually we aim to grow our team, but for now, it is allowing us to discover ourselves individually and collectively as we continue to develop our sound while preparing for whatever comes to us in the future. It’s a ton of responsibility though!

What type of message are you trying to get out there in your music?

We want to be honest. If we are genuine with how we write, it can appeal to the feelings and thoughts of the listener as well. In the end, we want people to be able to relate to our music and feel the passion that we have, as well as what they have in themselves.

Do you have a song on “Sunken City” that you best like to perform?

“Hemlock Smile” tends to be a closer for us a lot of the time, and it is definitely a lot of fun to play as the audience responds to it well. “Stone” is always a blast because we can go nuts as performers and musicians.

Is there anything that you would like to promote for yourselves?

We just released our newest single “Ridiculous,” and are scheduled to release the music video next month!