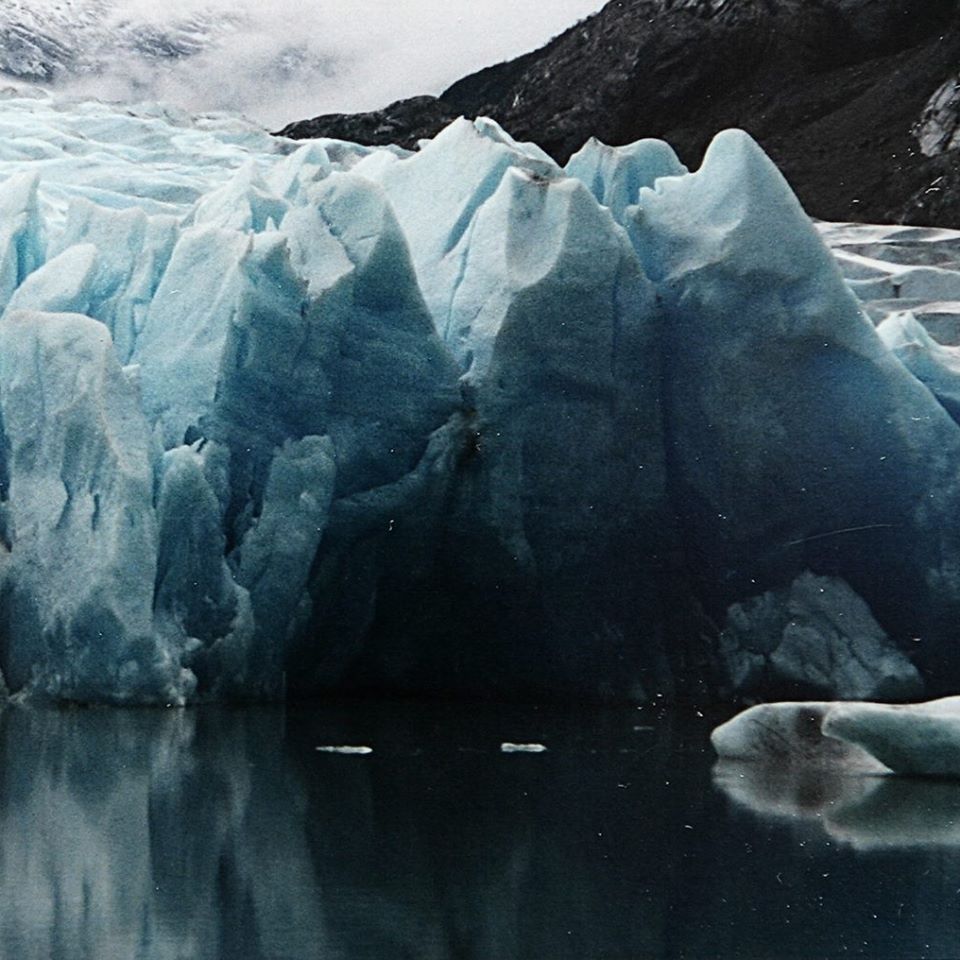 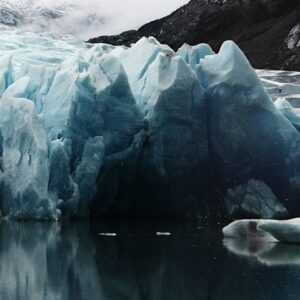 Music for Icebergs is a release from artist Mike Sayre that is bound to change and most likely save the world and the human race. The album is inspired by the haunting glaciers that shelve the Antarctic. Part of the proceeds will be donated to organizations that fight climate change.

The visual transonic altitude of the release is more than the music. It’s like a painting or a mind altering video. It is a concept so new to me that I find it hard to find the words to describe it. Mike Sayre professionally creates atmospheric music for film. He also plays the French horn, and holds a degree in music for digital media. Based in New York, Mike Sayre is a freelance composer and performer.

I spoke to Mike Sayre in hopes of understanding his entire concept for the release, but realized it was better to just listen to the album. He was a great motivator in terms of noticing the downfalls of climactic change, and suggesting a solution, but he was also a very interesting artist and speaker as well.

Louder Than War: What inspired your very ‘chilling’, new release?

Have you ever been anywhere really cold?

I grew up in the Mid West where it gets pretty cold, but as far as being in an actual polar environment, just places in Northern Canada, or places where there are glaciers in the American West. I’ve never actually been to Antarctica.

How do you perform that music live?

That’s a good question. I originally did this as just a recorded music project. I didn’t really have much of an idea of performing it live, I was just doing it as sound art for people to listen to at home or at a venue or something. As it’s been coming out I’ve been approached by some other artists who are interested in some sort of collaboration, whether it’s doing a dance piece, or doing a live performance of the music itself. So that is something that I’m actually figuring out right now. I think there are a lot of cool possibilities, and I really hope something like this happens because, as I mentioned, my piece was inspired by other artists, and if other artists can be inspired by me, I think that’s great. That’s a way to keep the dialogue going and keep people talking about issues and help people develop more of a connection to the environment. I think a lot of times one when we talk about climate change or environmental change we are talking about it in the scientific way. For example people say that 2° temperature change is a catastrophe, and that’s true, but people don’t have an emotional connection to those numbers. So if we can help people to have an emotional connection then they might be more moved to think about it the next time they go to the voting booth. It helps people to feel that it’s relevant to their life, I think.

Well that first piece is really powerful. So I agree with you. I kind of think you might change the world…or save the world. So what is your next step with this, what do you plan to do?

Well this is all new for me so I’m kind of fumbling through it a little bit. Like I said, I’ve been talking to a couple of other artists about putting together some kind of multi-disciplinary art, more like a show. So there could be some kind of installation towards the second half of the year, or maybe there could be a dance performance that incorporates the music and also some visual elements. That sort of thing takes a long time to put together. It’s still sort of early so I’m not really sure what to do with it after this. 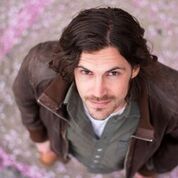 You yourself do not have a band?

No, I’m primarily a film composer. So there’s some chance that I can put together an ensemble to play this, but I don’t have a standing group of musicians that I work with. Most of this was cooked up in my home studio.

It was a lot of fun exploring this because I worked in a new way that I haven’t really tried before. Instead of starting and trying to figure out musical themes or messing around with particular synthesizers, I started by making drawings of the musical shapes and textures that I thought would be representative. That wasn’t really too hard. It was drawing whatever came to mind. I knew in the first piece which is supposed to be about the formation the glaciers, called “Genesis”, that I wanted it to be sort of sparkly and swirly, and that things are kind of flying around, like snow. That it would be windy and sort of random, and so I just kind of drew that. I’m not a good drawer, I’m a worst than average drawer, but it was enough to get it down on paper and help me have something to refer to as I was working. It was very helpful to do it that way because the whole album is 45 minutes long, and when you’re working on something that is that long it’s real easy for you to forget what you were trying to do in the first place, and get buried in the details. I’m so glad I had those sketches to refer to. After I did that it was a matter of experimenting with all the different tools that I had to try and realize what was on paper. When I was in college I was studying experimental music. I kind of got away from that when I left school, because I really didn’t have an outlet for it. I was focusing more on film stuff. This was a chance to really dive in and just get nerdy with all of my synthesizers.

Mike, are you a musician?

Yes, I play the French horn. That was my training actually. I played the French horn for about 20 years and that is what my graduate degree is in from Rutgers.

The French horn … I am so impressed with you right now

You are doing  something so different than anybody I’ve ever interviewed, ever… and I have never even spoken to anyone who plays the French horn.

I’m happy to be the first.

I really think you can change the world.

I hope that it gets people talking, and I hope that it inspires other people to create other things in collaboration with me or just on their own. I’m having a little release party just in my house, with a couple of friends, and we’re going to do some drawing and some writing. I’m going to try and make it into a fun, creative event for everybody who’s there. I hope that people will do the same thing when they listen to it.

For more information on Music For Icebergs can be found here. Mike Sayre is on Facebook and Twitter.