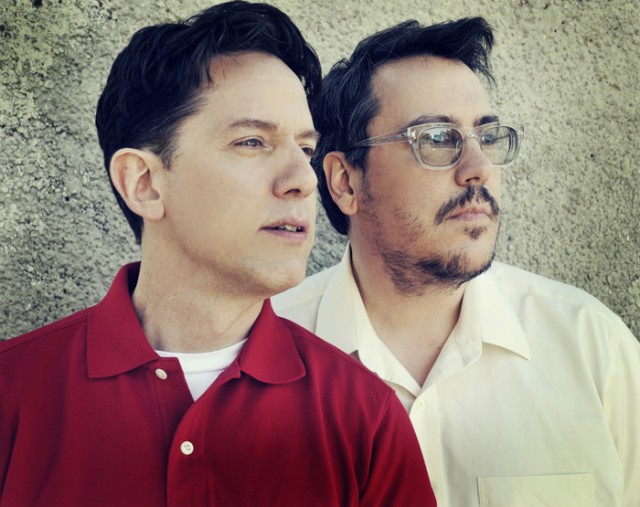 Louder Than War’s James Lowther chats to They Might Be Giant’s John Flansburgh about their latest album ‘Why?’ as well as dance moves, influences and technology.

Hi John! I’m James. I’m a huge fan of They Might Be Giants (my dad introduced me to you guys when I was much younger – he had Birdhouse in Your Soul as his ringtone!) somewhat cheekily, I guess, considering your recently released album, I feel like my first question should be – Why Why?

Ah, your dad! It’s all going according to our plan! So, yes, Why? It’s the sequel to our album No!

‘Why’? is a ‘children’s album’ – one thing I have wondered was what prompted the move to recording albums for kids?

Like a lot of the successes we’ve had over the years, the No! album — our first efforts in the world of kids stuff — seemed like small potatoes when we were making it. It was just a side project at a moment when we were free to take it on, and was recorded in between sessions we were doing for television projects — making the incidental music for the “Daily Show” and “Malcolm in the Middle” — which was our real “job” at that moment. Then the album came out and just sort of took off at a level we hadn’t anticipated. There was a ton of very positive reviews and an extraordinary amount of media attention. It was really the beginning of a kids music culture that’s pretty well established now, but was brand new then. I think the one thing we were sure of was we’d be making one kids album and now here we are on our fifth.

As a follow up question, do you feel like the children’s albums are a bit of a separate entity to the rest of They Might Be Giant’s material, or are they just two sides to the same coin?

Personally I think they are pretty separate. I don’t think our kid’s stuff would be appropriate for a lot of adults and the idea of trying to make it work for both audiences seems slightly impossible to me, but maybe I’m wrong. Some lucky tracks are exceptional that way, but they seem different than the rest.

There is a lot of balancing of extreme elements in our music. We have done songs that sonically are essentially just old fashioned children’s music but were created entirely for our adult audience and lots of kids music that draws on psychedelic music, electronic music, or experimental impulses — not really “friendly kids stuff” at all — but still the stuff we think would be interesting for kids.

‘Why?’ is also your second album to be released this year, after the excellent ‘Glean’. What prompted the move to release two albums this year? In a recent interview you said that you weren’t sure what the future held – did you already know that this album was in the pipeline?

I’m not sure how complete the context was in that quote! (Editor’s Note: The interview can be found here! The quote was “There are no constraints upon my liberty but I have no idea what we’ll be doing next year”)  I do know some things about our immediate future. Actually, we’ve been talking about this album, as well as the next album, since the fall of 2014 when we committed to this year-long Dial-A-Song project. Since we are making a new song every week, we knew it would generate a bunch of albums. (52 songs — that’s three albums plus). I also know we’ll be touring across the UK in January followed by the US in March and April 2016 (Editor’s note [again! Sorry!]: Tickets available here.) and then we will go into hibernation for a year or more and then hopefully re-emerge with some startling new work that will change our lives in the middle of 2017. Or 2018.

Maybe it was what will emerge from that period of hibernation that was the unknown future.

Not only that, but your touring schedule is pretty nonstop. How do you manage to fit everything in?!

We are busy, but that’s okay. I don’t like making a big deal about this, but a lot of what we do is actually a ton of fun. In spite of what the bands say in the interviews, there are harder jobs in the world than being in a rock band.

Many words have been used to describe you guys – with eclectic being quite a prominent one of them. What words would you use to describe your band to someone who had never listened to you?

When I’d get in a taxi with a guitar and the driver asked what kind of music I make, I’d say my music was kind of like the Beatles — with verses and choruses and rhyming words — but with more unusual lyrics. Now I just say I’m a sideman in Fountains of Wayne.

I guess you’re quite famous for your eccentric dance moves – were they all improvised or were they choreographed? Do you dance like that in real life?

We would prep some moves the morning of the video shoot, just to have something to do besides stand there. There was one song in our original show called “Number Three” that we would sing with just a track accompanying us and do a choreographed thing to. It was pretty low key, but had some amusing moments.

Something that I always wonder about bands is where they get their name from. Am I right in thinking yours came from the George C. Scott movie?

Yes. Naming your band is something you have to do before you know what you are doing, although I don’t have any big regrets about our name. It seemed original at the time, and probably has served as well as any name could. I did an interview for a small book called Band Names that went into granular detail about the origins of our name, but alas that doesn’t seem to be online.

This is usually on every interviewers checklist but hopefully I can ask it a little bit differently – who are your non-musical influences?

Non-musical?…. hmmm. That’s kind of tricky. I feel like I am fascinated by things that are the most unlike what I am wrapped up in in our music work. California, Big Daddy Roth, The Byrds, hippy culture, counter-culture stuff. I have an issue of Rolling Stone from ’71 or ’72 with David Crosby on the cover that is a fascinating document. Reading a few articles you would get the distinct impression that the immediate future for all would be radically different than the past, and the US government was about to collapse and be replaced by raving hippies.

I’ll tell you a podcast I’ve been exploring — “You Must Remember This.” It is officially a history podcast but it is deliciously gossipy. It had a long in-depth series about everyone related to the Manson Family and the Tate murders. It was an interesting examination of “freak culture” in Los Angeles which seems so much creepier in 2015 than it did back in the day — except maybe to parents of teenage girls.

You seem to have fully embraced both technology and the internet culture (particularly YouTube). Has this played into your music? And how have things changed for you as the Internet has become more and more prevalent?

We’ve always had to figure out how to reach our audience outside of regular methods. Our songs aren’t unstoppable hits, and our appeal isn’t so universal. Like so many others, I’m just trying to keep up with the ever evolving world of social media. Our current Dial-A-Song project plugs in a new song into social media every week, and usually a pretty solid video, and that seems a good way to stay in the mix for us, and gives a lot of our current audience a real sense of participation which is harder for an established act to create — so often it’s all about the past.

‘Why?’ Is your 18th album, and you’ve been going now for over 30 years. How do you keep things fresh?

Well, we keep writing and recording, playing shows with challenging repertoire, and taking on projects beyond our experience — and all that makes it feel very active as a project.

Finally, what’s next for you guys? Are you going to take a bit of a break or are your heads still full of ideas?