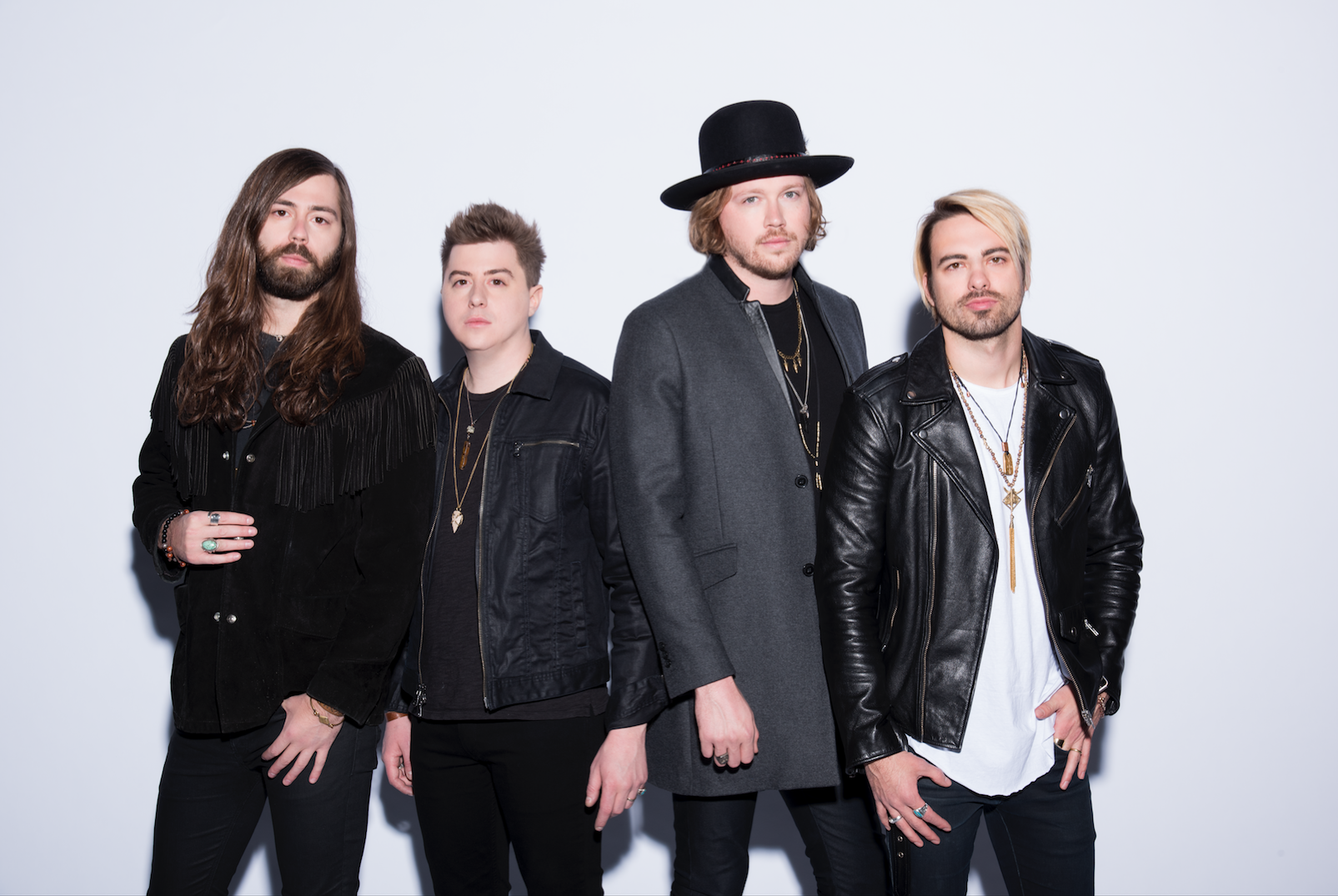 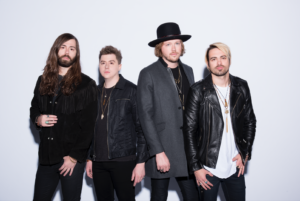 Louder Than War’s Eileen Shapiro speaks to Michael Hobby of A Thousand Horses.

I couldn’t seem to get enough of Preachin’ To The Choir, the new set single release from rock/country band, A Thousand Horses, and felt an over-powering obsession to speak with them. Frontman, lead vocalist, Michael Hobby volunteered.

Based in Nashville, the band consists of: lead singer, Michael Hobby, Bill Satcher, Lead guitar, Zach Brown, Guitar and vocals, and Graham Deloach, bass and vocals, all nominated for ACM Award for New Vocal or Duo Group of the year. Beginning on March 17th, the group will be touring throughout the country, and is also working on a new album.

This band is over the top!

Louder than War: Michael, I love your new single, Preachin’ To The Choir, who wrote it?

It was written by: Brett and Brad, the Warren brothers, and Heather Morgan, and Morgan Wallen.

When you come across a song like that, what makes you want to record it?

You know, I’ve been working with the Warren brothers for years, and they are really good friends of mine. Brett said to me one night that he wrote this song, and did I mind checking it out. He never really says anything. We heard it and we said, “this is A Thousand Horses”. This is what we sound like, this is our style, this is what we like to sing about, this is the perfect song, the perfect fit for us as a band”. We’re excited to get it.

Being in a room with the whole concert experience. To be there with your audience and your fans, you create that energy, that experience that they go home with and have for the rest of their lives. That’s the fun part, plus you get to play music and your instrument, that’s why we all love to do that.

What artists inspire you?

My first concert was Aaron Jackson. My dad took me, probably when I was six or seven years old. I remember it like it was yesterday though. I saw that big show in the Carolina Colosseum, where I grew up. That kind of gave me the bug to do what we do today. The Black Crows were a big influence on my growing up, Tom Petty, and Garth Brooks always.

You’re about to go on tour, what can your audiences expect?

Yeah, we’re going back out next week, in Austin Texas, and this year we will bring the show up to a whole other level. We’re in rehearsals, working with production, arrangements, to bring Horses up a notch bringing the experience live, visually we’re kind of just bringing it up. Our goal this year is to be, “bigger and badder and louder”.

If you could say anything to your fans or followers, what would that be?

That’s the simplest and best answer, ever. Is their a song or musical passage the never fails to evoke emotion?

How did your band get together?

Bill the guitar player and I grew up together in South Carolina in a little town called Newberry. We all kind of met in middle school. Bill and Graham are cousins, and Graham would turn up every summer to hang out. He played bass and guitar. We all kind of learned music at the same time. So we moved to Nashville together when we were 17, 18 years old, and we got Zach from a mutual friend 8 years ago. Zach’s from Atlanta, and that’s when we formed “A Thousand Horses”. So we’ve all known each other a long time. Pretty much we’ve known each other since 6th grade.

How do you think the music industry has changed through the years, especially country music?

I think the  music industry is always evolving. I think with streaming and what-not, obviously record sales are going down, but Digital sales are OK, and streaming really opens people up to your music instantly. That’s why they come to a show, and become a fan of your band. So I think it’s always evolving and changing. Like anything else in this world you figure out a new way to build your career. There’s no rules anymore, which I think is awesome, because no one likes rules anyway.

True. You are working on a new album, correct?

Yeah. We just started working on our second record, Preachin’ to the Choir, is the first single off of it. We’re excited. It’s been a little bit since we put out the last album, Sourhernality, and we’re excited to get new music out there to everybody, and to perform this new stuff live. We’re very proud of what we got going on.

Is there anything that you’d like to promote for yourself?

Yeah, our new single, Preachin’ to the Choir, go get it. Let’s Preach it.

What does that song mean to you personally?

It kind of speaks for the way we were all raised and grew up. Like “every tattoo has got a story”….like I have a tattoo on my arm. I had a brother that passed away from cancer when I was younger, so me and my other two brothers, I had four brothers and the other two, we all got his initials  underneath our left arm. So that speaks to me. You know you work hard, you play hard, you live hard, that’s kind of what we are, and our audience is. That’s why it kind of spoke to us.

Did you always want to be a country/western singer?

Absolutely, I always wanted to be a musician and sing, to be a country singer, and have a band. I got a guitar when I was 11 years old, and I never stopped. I’m 29 now, and it’s always been my dream and my passion, in my blood, to be a song writer, an artist, and a performer. It just never stops. I got that guitar, and my mom lent my 20 bucks to buy it. I still haven’t paid  her back, don’t tell her. I guess for all of us in the band, we met when we were 12 years old, and all played music together. It’s something that, we all don’t know how to do anything else. It’s all our passions to play music and be an artist and we don’t plan on stopping anytime soon.

Where would you like to be in ten years?

Just continuing to do what we do, in a bigger, and better way. To do music for a living when that’s your thing is an incredible blessing, so to always do what you do, to continue for ten years. I could tell you the cliché answer that everyone wants to hear, like “oh, I want to sell out stadiums”. That’s all easy to say but what do you really want in ten years? That’s to be happy and for filled in what you do, in your art, in your passion.