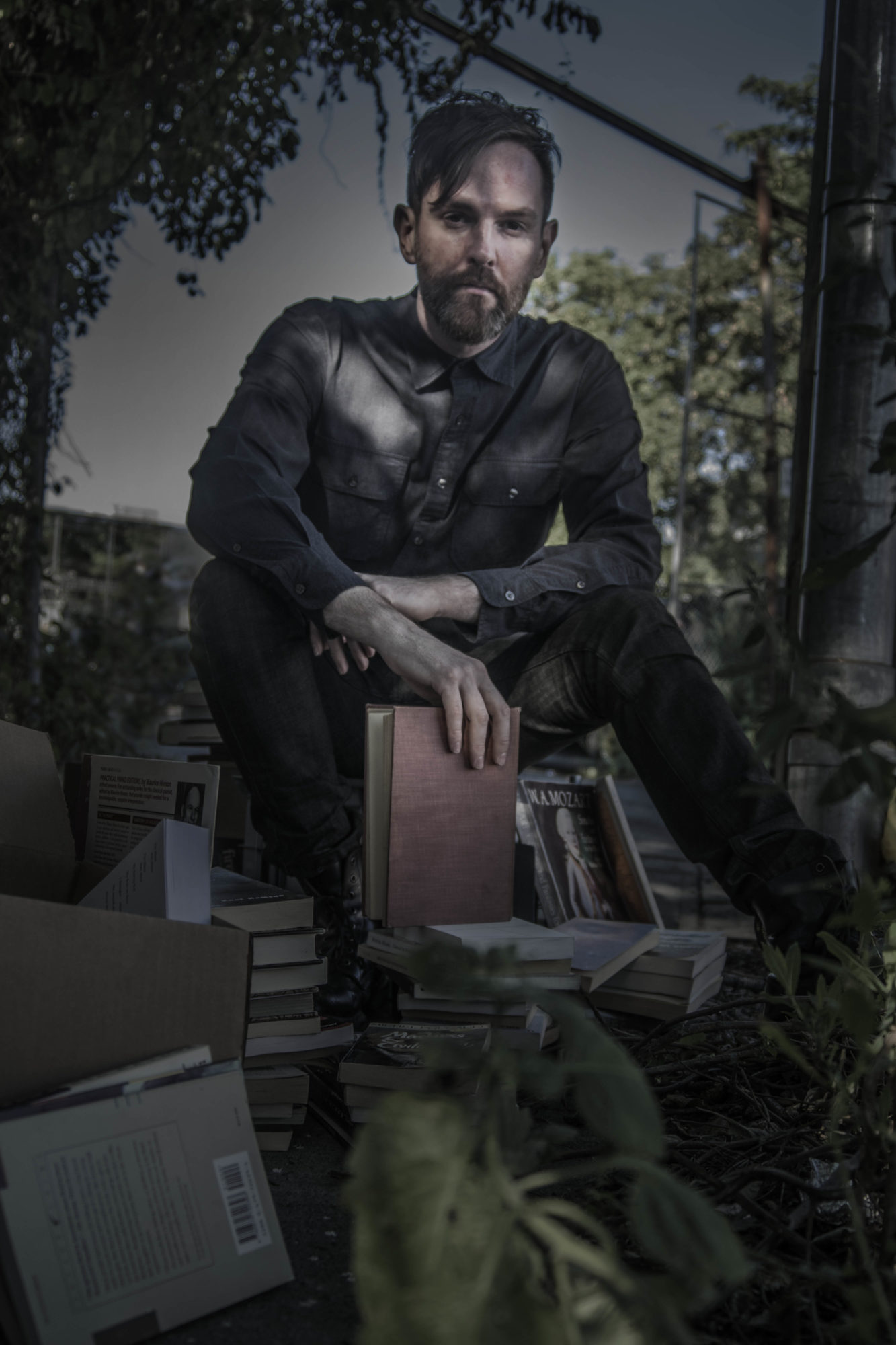 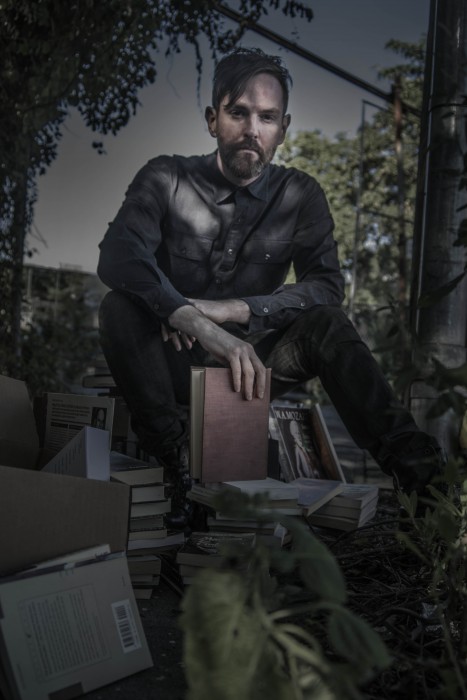 Talented and vivacious singer, songwriter, and musical genius Michael Grubbs AKA “Wakey Wakey”, is about to embark on a UK and European tour in March, in support of his newest release, “Overreactivist”, scheduled to be out February 26th 2016.
A musician since age 5, native of Richmond, Virginia, Grubbs relocated to New York, where he met Mark Schwahn, a writer and producer of the hit TV drama, “One Tree Hill”, He quickly landed a role on the show. He has also released several albums and EPs as well.

Michael is no stranger to the UK, as he’s already had several extremely successful tours in the recent past, and has developed a huge fan base throughout. His music can be described as soulfully alternative, and is filled with Orchestra type arrangements, and relevant sound.

I loved the music of Wakey Wakey instantly, and couldn’t resist the chance to have a conversation with him.

Louder Than War: So you are about to bring your music over to the UK…

Yes, I’ve been there a few times. Every time I get to go over there, it’s like the best. I love
playing in Europe. It’s fun and it’s an adventure for an American to go.

You’re about to take a trip to London to prepare for your upcoming tour, correct?

This is basically the beginning of the process. We have the new album coming out, “Overreactivist”, and as a result we have our US tour, and our European tour, so I guess it’s time to get over there and talk to some radio stations about it. Just spread the word….that’s what this trip is about.

Where and when will your overseas tour begin?

The tour kicks off in Scotland, on March 6th, in Glasgow at a place called “Stereo”. Then on March 7th in Manchester at “Gulliver’s, in Bristol on March 8th in “The Louisiana “and then London on March 9th at “Bush Hall”. These cities are real classic Wakey Wakey cities. The relationship that we have with our fans in Glasgow is incendiary. It’s an amazing place to kick off the tour, because it’s in a way, almost like the hometown crowd. There is so much love there. Bristol we had so many crazy experiences in. We played with James Blunt, and that night, a female member of the band went out, and got punched in the face by some guy. So then I was like fuck Bristol, I’m not coming back. But then Bristol is a great place, so I decided not to skip it the next time. So we went back to Bristol, and right before I was to go on stage, I was getting sick and totally lost my voice. I’m thinking to myself, “I don’t know what to do, I’m dying here, I can’t even speak”. It was one of those tour body crashes. So I go out, I started the set, and my voice was totally gone. I can’t sing a word. The thing that happened that was so amazing, is the audience sang all the songs for me. We did a whole set. It was crazy, like this whole massive karaoke, with 350 kids. So at the end of the tour, I did a surprise free show, in Bristol as a way to say thank you. They all came back, and I sung a solo set, and I sung the hell out of it. This album for me, is one that I really love, I really want to share it. We are really ready to work, to get the word out there.

Is there a favorite song on this album?

It changes every day. Right now my favorite song on the album is “Heartbroke”. It’s the opening track on the album. For me it sets up the whole journey. I feel really connected to that song right now. But there are a lot of others that I feel really connected to. It’s funny but I feel sometimes for an artist, the track that may traditionally be considered B-side, are the ones that connect. For me the song “Freeze”, it’s one that I really love. I wrote it for my wife. So this one day last year, it was one those crazy cold days in New York. There was ice and snow everywhere. She called me, and said, “I just can’t do this anymore, we have to get out of New York, we gotta go to the beach”…. I thought if the one thing that I’m good at is writing songs, then I should use my power for good, and make my wife feel better. So I sat down at the piano in my living room, and I wrote and recorded the song in 30 minutes. I sent it to her just to pick up her day. It was never intended to be a release. I didn’t get into music to be like Katy Perry. I didn’t get into music to try and have the largest pulpit in the world. With that being said, I think the message that I bring forth is one of positivity, it’s something that I really want to share.

What do you consider your genre to be?

That’s a little tough. It’s definitely alternative, and Indy, but there is an orchestral element to the music. Violins are a kind of a trademark, part of our sound. I’ve called it indie pop, I called it baroque pop for a while….what do you think the classification should be?

You will just have to read the interview when it’s finished. So how long have you been doing music?

I was raised by musicians. My family was very religious, and they were very musical. My dad was a singer, and my mom was a music teacher. We had this crazy burgundy baby grand piano. When I was a kid I would play under it while my mother taught music. I grew up kind of staring at the bottom of the piano. Most families have a playroom, we had a music room. When I was five I started playing piano. I was instantly obsessed with it. Music was a language in my family. If I got my homework done, I was allowed to play piano. Piano was my reward. Some kids play video games, I played the piano. I was never good at anything else. My parents try to get me in to sports but I was the worst. Being good at music didn’t win you points when I was a kid, in High School. It wasn’t cool. However in college I went to a music conservatory, and suddenly all the nerdy music kids were all in one place. The better you were in music, the cooler you were. Suddenly I got to be cool for the first time in my life. Some people are raised by wild animals, I was raised by wild musicians.

Is there anything that you’d like to speak about that I haven’t covered?

The thing that people need to know is that, we will be on tour in the United States and Europe. At the end of February this album comes out. My mother always taught me, never to put myself in a box, in other words, always do what I want to do. The first album I made was artistic, intentionally. After doing that album I wanted to make a pop album, because I was in the mood to make a pop album, and I had been listening to Katy Perry while I was on tour. So I made a pop album. Some of our audience I think was alienated, some embraced it. So this album for me is intentionally a return to form. This for me is to return to making an artistic art album. The album, with the exception of one song is entirely written by me. It’s a return to the classic Wakey Wakey sound.