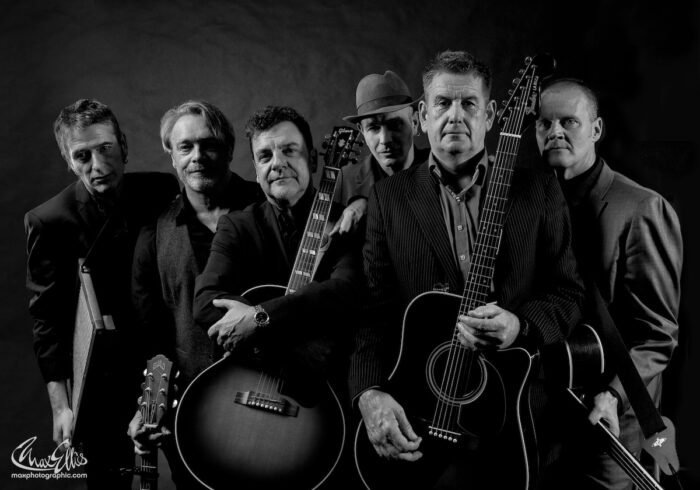 Louder than War’s Alan Ewart catches up with Phil Odgers to talk about the band’s latest album, crowd funding, streaming and what the future holds after 30 years of The Men They Couldn’t Hang.

I have to confess I got a little bit excited when the opportunity to interview Swill Odgers came up. I have been a fan since The Men They Couldn’t Hang’s version of “The Green Fields Of France” was released way back when I was a lad. I was just about to leave the Royal Navy and had lost several close friends in the Falklands conflict. This song together with SLF’s “Wasted Life” and The Pogues “The Band Played Waltzing Matilda” seemed to capture how I felt about the futility of war.  It is no exaggeration to say these songs had a profound effect on my life. “The Green Fields of France” was even the first song I taught myself to play on guitar.

I managed to catch up with Swill who was generous with his time even though he was suffering from the after effects of a house move and the conclusion of The Men They Couldn’t Hang’s 30th anniversary tour at London’s iconic Shepherds Bush Empire.

Phil confessed that the band had a blast on the tour with the Empire being a real highlight. People had travelled from all over Europe, the USA and even Australia and New Zealand to celebrate the occasion with the band. The Men They Couldn’t Hang were determined to make the event a special occasion for everyone attending and Phil felt that, with the support of their friends in Merry Hell and The London Sewage Company, they managed to do that.

I asked Phil how they had gone about selecting a set-list for what was sure to be an iconic gig and he confessed that it was a hugely difficult process. The Men They Couldn’t Hang knew that there are certain songs that the fans always want to hear, they wanted to play some rarities and of course it was important to showcase recent release “The Defiant.” In the end they were able to include new songs that had gone down well elsewhere, include some old favourites and even include a selection of songs suggested by fans on Facebook, some of which had never been played live before.

Phil said that he and the band are very happy with the new album. It was really important to them that the songs showcased the band’s development over the past three decades and as a result the process was a little different this time around. The songs are more biographical than is usual and that meant a different approach to the songwriting. On some, various members brought an almost complete version to the table whilst on others the band sat around the table with a blank canvass. The result, at least in this writer’s opinion, is an album that stands with the very best of the band’s work. Phil did confess to a sense of relief that it has gone down so well with fans, as the band would have been devastated if fans had hated it.

There are still a few tracks floating around unfinished which may make it on to a future album or onto some of the side projects that various band members are involved in. Phil has an album with the Swaggerband in the pipeline so we may get to hear some of those tracks then.

Phil admits that The Men They Couldn’t Hang were delighted with the decision to crowd fund “The Defiant,” not only was it a very successful process but the band had a huge amount of fun doing some of the things that helped them raise the cash.  Taking funders out for a beer and a curry was great, it helped them to build an even stronger connection with fans but in some cases cost them money. The band also really enjoyed having funders into the studio to record some backing vocals, something that worked out so much better than they suspected it might. 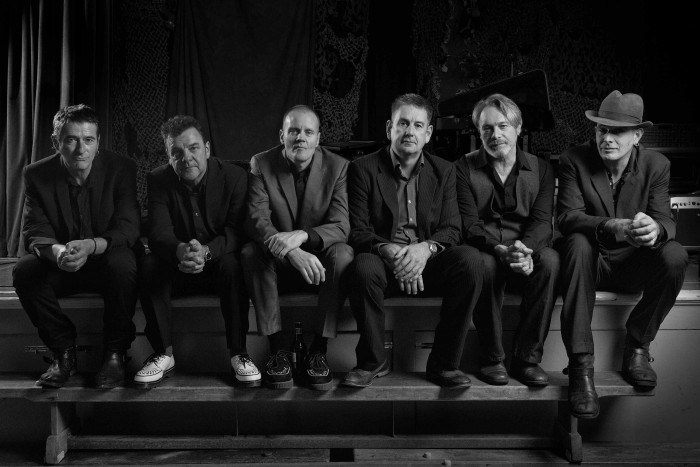 The overall result was an album that fans love, the band enjoyed making and something they are very proud of. Phil even went so far as to suggest that crowd-funding is something that any band with a core following should consider. Indeed, Phil intends running a crowd funder for the Swagger band project which will see some new material released and some older songs reinvented in a stripped back acoustic format.

Fans of The Men They Couldn’t Hang will be well aware that the band are never afraid to tackle social or historical issues in their songs, so I asked Phil what he thought he might be writing about in ten years time when he looks back at what is happening today. Sadly the issues remain much the same as when they released Ironmasters; inequality, unfairness and a political system that rewards the rich and penalises the poor.

As always Phil was appreciative of the fans that have followed them through thick and thin over the past 30 years. Phil says that they can always be found at the bar or in the pub next door when they are playing a gig. He encourages fans to join them for a chat and a beer. It is one of the things that help to shape who they are as a band. Long may it continue!

The men They Couldn’t Hang Are on the Internet at: TMTCH.net on Facebook and they tweet as @TMTCHmusic.

With thanks to Max Ellis for the photos above.