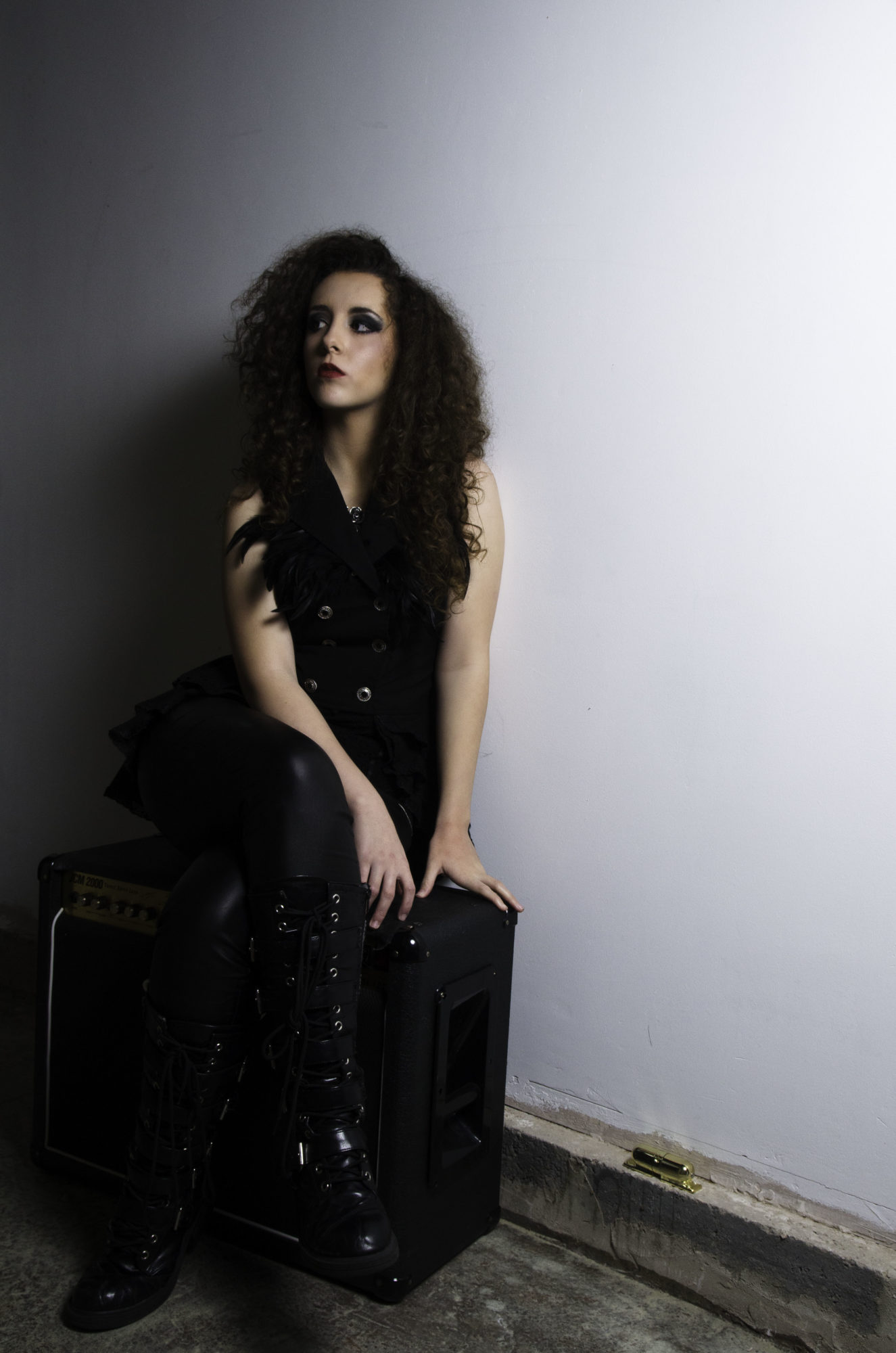 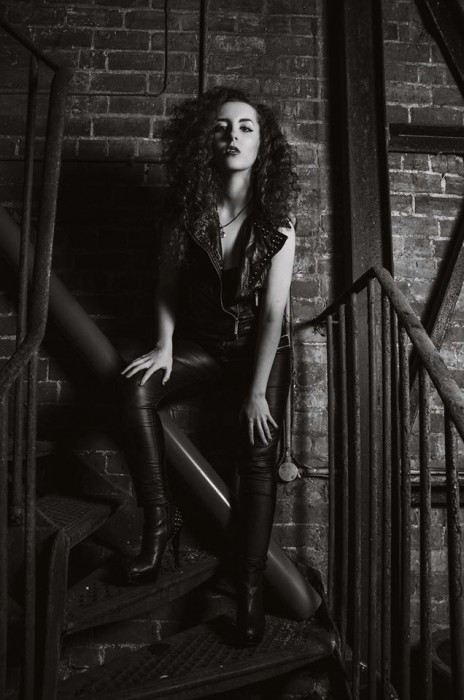 The UK’s most successful all-girl band, alternative pop punk rockers Fuzzbox, are back with live dates and the promise of new material. Louder Than War’s Paul Scott-Bates had an exclusive chat with new band guitarist Megan Burke.

Louder Than War: How did Fuzzbox come along and what’s it like working with ViX and Mags?

Megan: I knew of Fuzzbox when I was 14 – that was when I first met Vix. She hosted an afterschool club at my old Secondary School where she mentored us in music, so she got me my first couple of gigs when I was just starting out! Sadly the club got cancelled so I didn’t speak with Vix for years, then I saw on Facebook that she was looking for a guitarist to join Fuzzbox. I jumped at the chance. I went to the audition, already feeling positive and excited, and got selected by the band a few days after! Vix and Maggie are great to work with. From the audition I could already see their bubbly enthusiasm, wicked sense of humour and musical prowess, and that has maintained throughout my involvement. They’re the epitome of fabulous! They’ve become mentors to me, as well as best friends! 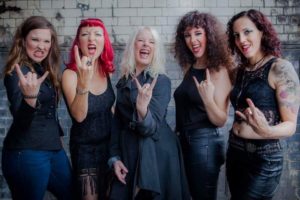 So you knew their songs already? You wouldn’t have been born when they were around first time?

I knew of their songs but I hadn’t listened extensively. I just knew Vix was in a band called Fuzzbox, I didn’t know about their success because I was so young at the time of meeting her! I was just starting to find myself musically so I was listening to a lot of different bands – if Vix had of told me what they were like I would jumped on the bandwagon as quick as a flash! Yes exactly, I wasn’t born until 1996, but my Mom and a lot of my friends parents remember them. When I speak to people of that generation, it’s quite rare that they haven’t heard of Fuzzbox, Pink Sunshine or International Rescue.

Any favourite tracks of theirs?

I have a huge soft spot for the early, Punk-ier tracks XX Sex, Rules and Regulations and What’s The Point? are definitely my current favourites to perform live! You can really go for it and get into the performance and the die hard Fuzzbox fans absolutely love them! The bassist Sarit, drummer Hannah and I take full advantage of this and have a great time together on stage! Then there’s the really full, electronic based tracks like International Rescue, Fast Forward Futurama and Pink Sunshine which sound great live – Hannah is so tight and adds a proper punch with her playing! And then there’s Self! The girls let me go a bit mad on that! (laughs)

I love the girls. It’s odd, I’m the youngest of the band and there’s some big age gaps between the members compared to other bands I know, but we’re like a big family. When we’re together, we’re always in fits of giggles both during and inbetween songs. I don’t feel like the youngest – I feel like we’re all in School together, the chemistry is amazing. It’s very strange I wasn’t even alive when they first started, I feel incredibly lucky!

And the chemistry seems to work on stage too?

Massively! Vix and Maggie are fantastic performers, they interact with all of us and make us feel like we’ve always been in the band. Hannah and Sarit are fantastic too, really lively and hard-hitting, being able to turn around and see those girls going for it always puts a smile on my face. There’s no musical sacrifice too. Some bands I’ve seen tend to get lost in performance and the songs drift off underneath, which is absolutely fine for a lot of people, but I’m amazed that these girls can really give it some and keep their playing solid! They are 100% into what they’re doing. We really feed off each others energy.

Will there be new material from Fuzzbox?

Released? That is exactly what we’re working on. There’s a lot of great ideas floating about but nothing set in stone yet. I recently went to London to work with producer Andy Richards, he wanted to gauge my style and see what I could bring to the potential new material. He wants my guitar playing on it and he wants to capture some live, raw energy. We got on like a house on fire and he has some fantastic ideas for us. And new material live? You’ll have to come to a gig to find out! 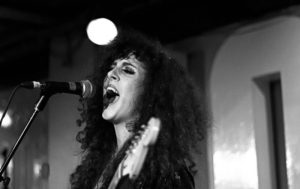 Before Fuzzbox you were with Rose Redd – do you keep in touch?

I was indeed, but no I don’t. We’re on completely different paths in life. I speak to the keyboardist Laura and her drummer boyfriend Dave occasionally and they’re lovely, and I’m still in contact with our old drummer Steve – he’s the best!

Fuzzbox have previously done covers of Pop Musik and Walking On Thin Ice, are there any songs you’d like to cover and why?

Lullaby by The Cure was the first thing the came to my head. Its such a haunting track, I would like to feel what it’s like to perform it. Or we could do a sexy version of War Pigs by Black Sabbath just to break the set up! (laughs) That could be interesting!

Are there any groups that excite you at the moment? 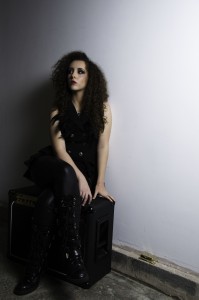 My next question was going to be about music in the Midlands, so both!

I’ve been listening to a fair bit of already established music to be honest – nothing new at the moment, just my favourites that inspire me. I’ve been listening to a lot of The Dresden Dolls, Radiohead, Coheed and Cambria, Fair To Midland, IAMX and Sneaker Pimps. Oh, and Uncle Acid and The Deadbeats! There is an awesome local scene in The Black Country. My absolute favourite local band is Liberty Lies. I went to see them when I was 16 and I’ve been a fan ever since. They’re fantastic songwriters, each song is very catchy and they’re the loveliest guys ever. They are definitely going places.

So, what does the rest of the year hold for Megan Burke ?

Fuzzbox gigs as well as Vix and her MsChiefs gigs (Vix Fuzzbox’s solo project), hopefully some wicked new Fuzzbox material to share with you all, and then just going where the wind takes me. Who knows what’s around the corner?

Megan has a tumblr page here: meganburkeguitar.tumblr.com. She can be followed on Twitter as @xxmeganburke and liked on Facebook.