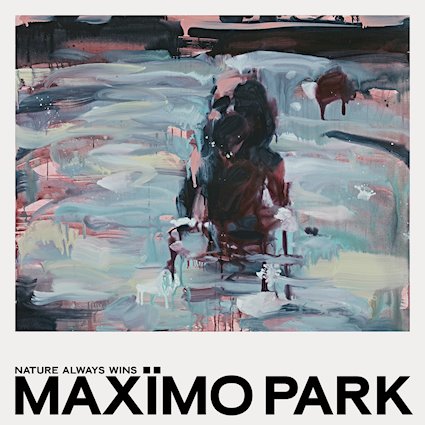 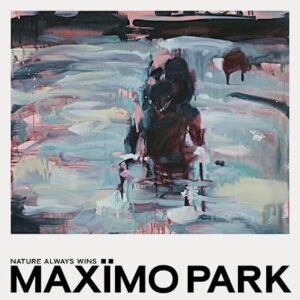 Since their first album was Mercury Prize nominated, Maximo Park have continued to be one of our most popular indie bands and they are back with their seventh album, Nature Always Wins.

This time the trio from the North East are looking at some big issues – fatherhood, home, nature v nurture and a senseless murder – as singer Paul Smith offers his most personal lyrics yet.

Paul Clarke caught up with the band’s guitarist Duncan Lloyd to find out more about their lockdown album.

The obvious question is why four years since the last album?

After the last one, we decided to take a bit of a breather, partly just to refresh what we were doing. We did some solo stuff, Paul did an album, I did a solo album, so we kind of thought let’s do some other things for a little bit. Then our keyboard player Lucas got married to an Australian, and emigrated there, so he left the band. We got a new keyboard player Jemma in, and it came to a point where we all felt ready to start writing together again with some fresh ideas.

This feels like a recognisable Maximo Park album, but having finished it, what do you think is different this time around?

I think sonically probably there’s definitely more space and I think with Lucas leaving, obviously, it was sad to see him go, but Paul, Tom and myself sat down and said what kind of album do we want to make? It was kind of a challenge in a way that was exciting because there was more space, certainly for me from the music side. It meant that I could just open things out a bit more, I was taking on a few more roles, playing more bass and I wanted to keep the keyboard elements. Just being able to write on the keyboard, like on Child of the Flatlands or Meeting Again. I mean I’ve done it a little bit before on songs like Brain Cells from an earlier record.

And did it help bringing in Grammy Award-winning producer Ben Allen, who has also worked with Deerhunter and the Kaiser Chiefs?

I think having a producer played a big part in just getting us to write a lot of songs. He got us to write like nearly 40 songs, and we were like ‘ok?’ They could be demos, they didn’t have to be polished things, just playing around with loops and things like that, whatever it might be.

He’s based in Atlanta, so was it helpful when he came over for a couple days in Newcastle when people could still fly transatlantic?

We knew that he was a musician, he played bass and synths, and we said look if you’re into it just almost join us and be a band member. Ben was up for that, and we had a few jams where he would play bass, I’d play guitar and swap, then both play keys. It was just having a quite free creative time.

And having something to show also helped you find a home for the work in progress?

We had to present something that sounded a bit like an album as we were between labels. In some ways it was good that we did that because not only did it help us get a new label, and distributor. We were able to kind of have some templates already there.

Lockdown has been a nightmare for all musicians in terms of playing live and recordings. As I understand it this Maximo Park album was completed in four separate locations.

Some basic guitar parts were down, and our drummer Tom basically went into this little studio in Liverpool, he was in a separate room with Rob who recorded him. Ben would be in Atlanta streaming the drums, I would be in my place in Newcastle and Paul in his.  I could then replay any parts I needed to, and lot of Paul’s vocals were done on GarageBand, but with a posh mic, so we managed to get away with it.

Paul’s lyrics feel a lot more personal on this one.

I think around the time of the last album his daughter had recently come into the world. I think the idea was not necessarily to write one of these albums where it’s writing an unconditional love letter to your kid. I think it was more the reality of being a parent, the ups and downs. We were aware that it also needed to be an album that people who don’t have kids or anyone could get into it because a lot of the themes you can relate to other parts of your life.

The album looks at the repercussions of the awful Grenfell fire and one song was inspired by the murder of your former merch guy in the Bataclan shootings.

Why Must A Building Burn is the name of that song.  I think musically it’s quite an uplifting song and I think Paul said initially he was quite surprised himself at what he was writing, but it just seemed to fit.  It was almost he was looking above the situation, like almost like being out slightly out of body. Like with Grenfell, we were in London the morning after doing a BBC 6 Music session and we were not far away in a hotel. You see it on the news and everybody talking about it in the hotel, it’s just down the road, and it just felt very present. That kind of came into the song and the fact that you are questioning, there are a lot of questions, why does it take so long for something like this to be sorted out?  Nick, who was our merch guy, just seeing his face in a grid of faces on the TV you don’t expect to see somebody you know in one of those. When we all heard having known him it was quite a shock.

And a question I’m asking all bands – what’ve you got planned when we can all finally come together in a venue?

We’re hoping to do some socially distant shows in April but we are aware that things change all the time. We’ve got a few plans for next year, hopefully towards the end of this year there might be something as well, but it is a bit of a waiting game. As soon as we can get back out there, we will surely be trying to get back on stage and playing for people.

Nature Always Wins is out now.