Home Music Bands Interview: Matt Williams – we talk to the man behind the Fairhorns... 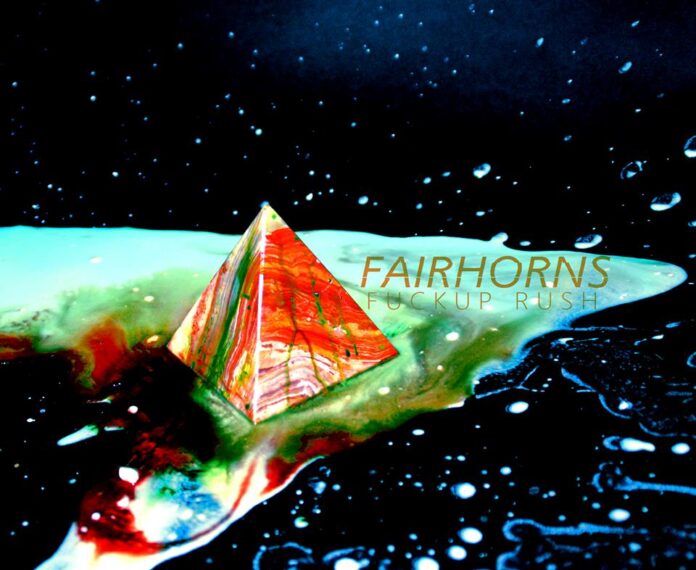 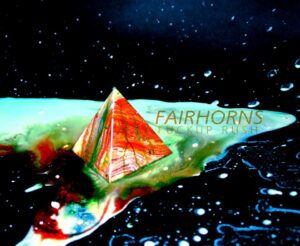 With a new album out on Monday under one of his working names, Fairhorns, we caught up with the multi-faceted, multi-talented artist known as Matt Williams.

Matt has been knocking around the Bristol (and occasionally London) music scene for some time now. The first time I saw him was at The Croft, probably about four years ago. I don’t remember who he was playing with and it probably doesn’t matter. I do, however, remember that he was already on stage as I walked through the door and that he was playing to an empty room making noise, lovely noise. I never normally stay at the back of a room when live music’s going on it, but I did this time because I was so proper knocked athwart by it that I couldn’t think to move closer to the stage.

Anyway – fast forward to now, many years later, and Matt has a new album out as Fairhorns so we thought it was probably about time we finally got round to having a chat with him about his music. Which is just what I did a couple of Friday’s ago, outside a pub, in the cold, before a gig, with cars in the background.

The last album released by Matt under the Fairhorns banner was Doki Doki Run. It stormed not only our “album of the year” list in 2012, but also The Quietus’ (something I mention so you don’t just think I’m fawning attention on Fairhorns because Matt is a friend.) Doki came out on Invada Records but Matt’s self-releasing this new album. When asked why he says “…no one would bite really” although he does add that it is satisfying doing it all on his own and that “…making all the decisions is quite important for me.”

Matt started writing Fuckup Rush (the title infers “an autistic uprising” and has the underlying message that Matt would like for there to be “a better understanding for people like me who are autistic and get a bit of a bum rap for it at times.”) as soon as he finished recording Doki Doki Run. He had a vague idea of what it’d sound like but it was also moulded by, and a riposte to, the reception that album got in some places. “…when I got loads of press back from Doki Doki Run it all said it was this mad, industrial, crazy album and I thought “No, it’s not, it’s this droney krautrock pop album – if you think it’s a mad industrial album I’ll give you one, so I kind of did.” As good a reason to make an album as I can think of.

I ask Matt about his writing process – how does he go about taking an album from ideas in his head to the finished product. “My writing process is different for every project that I have…” he says “…but I usually do it all with flow charts and graphs and try to work out structures and sounds to use and then set myself limitations to work around.” Still a bit unsure I ask him what the graphs are plotting on their x and y axis. “For instance, time and intensity. I might sketch out the whole album as a graph first so I can think about the structure of the whole thing as a piece and then chop it into bits and see what needs to be done.”

Those of us who follow Matt on Facebook and Twitter (where he’ll write you a haiku if you ask nicely and he’s in the mood) will know he occasionally engages in micro-crowd funding campaigns – asking his twitter / Facebook *fam* to buy some stuff from his Bandcamp, say, so he can accrue the final £50 to “get something off the ground.” Bearing that in mind it seemed logical to ask whether he’d ever consider setting up a crowd funding campaign to finance the making of an album? “I have…” he says, “…but if I fucked it up I think I’d be so heart broken!” He also adds that because he doesn’t make “easy music or stuff people really like” he didn’t think there’d be enough appeal to get a Kickstarter off the ground.

Returning to the subject of Matt’s many different aliases as a musician, I wonder how he stops the different identities from bleeding into one another, or does he not mind if that happens? “Well, they all form an umbrella concern and they do all tie into each other so they do bleed into each other, but it’s different set ups and different ethos’s behind every project that I do and there are very different rules and setups for everything, so it’s kind of impossible for something to really bleed noticeably; although there is kind of a unifying theme behind everything.”

Matt also feels he needs to have so many identities as he needs to produce constantly, making the analogy that “…it’s like living on chips and nothing else, I’m not comfortable having only one thing to do, coz the amount of stuff I need to do I have to do it constantly, relentlessly, furiously, all the time.” Which is partly why he changed from doing everything under the one name, Team Brick… “…when I was doing Team Brick it got confusing because in the end I didn’t know what I wanted it to be.” In other words “splitting everything up into little pockets” made much more sense to him.

Doki Doki Run and Fuckup Rush, although similar in some aspects are also very different works to me – would Matt agree with that observation? “I feel like Doki is maybe a bit less honest than I wanted it to be…” Matt says… “I think I put myself under pressure to make a certain type of music at that point and I was still feeling around about as regards what I could actually do with my set up… maybe to me it’s a little safer and Fuckup Rush is more how I always wanted it to be, but it always mutates.”

Matt’s convincingly adamant that his music comes from him and him alone and that he isn’t influenced by any other artists. “I can tell you bands I like and bands that are important to me but it’s kind of meaningless.” That makes particular sense really considering he’s known to regularly rave about both Converge’s iconic fourth album Jane Doe and the genre happy hardcore, of which he says to me… “I’ve got a deep, deep love for it, although people always seem to think I’m taking the piss when I decry my love for it.”

Fairhorns’ song titles are always fascinating and to the outsider might look like random words put together. I could have taken any tracks off the album to illustrate this but I’ll choose “Dead Eyed Dog and Pony Show” and “nadumbcodebecuzgoodmorning.” However it turns out that each has its own, cogent explanation, albeit, as Matt admits “…in some weird, vague way.” For example Dead Eyed Dog and Pony Show “…is an idea about identity and how you always have to present yourself in some sort of way when everyone is completely multi-faceted. In that if you focus so much on your identity all the time that you’ve got nothing else to give it seems a bit shallow to me…”

The subject turns to Bristol, the city we both call home. To me it’s an incredible place for anyone who loves music to live. The place is chock full of great bands spanning every genre (except black metal) lots of whom make exceptional music. Just on Monday, for instance, Louder Than War ran a Hysterical Injury review, a Boca 45 review, a Jim Johnston album stream and a review of Milo’s Planes new album. And that’s not unusual – I could keep Louder Than War populated with Bristol related reviews / features every day if I had time! So as a musician, what’s Matt’s opinion of the local music scene? A straightforward “Horrible” is the immediate response, before he expands on that… “I don’t like it. I just find it a limiting place to be … there’s a handful of really good stuff going on and a handful of really good promoters and bands, but the majority of it is just play it safe, nice, chill out shit and there’s nothing that reaches anywhere and it’s all very lazy Sunday bollocks to me.“ He spent a year in London recently and really seemed to enjoy it so why was that so much better? “London was more receptive of anything more off-kilter. It was also a lot more dismissive which is good in a way too, as it just left you to get on with it. It left you to your own devices and never really seemed to care whether it existed or not, whereas Bristol seems to thrive on the fact that it’s got all this shit, like it’s a good thing.”

We return to the very start of “it” all – when was it that Matt realised he first wanted to make music? “I’ve always wanted to make music…” he says “…my obsession was listening to my Dad’s Beatles and Beach Boys records. And Steeleye Span.” He pauses for a moment before carrying on “As far as I can remember I only ever wanted to make music and that’s all I do – and all I can do really. Can’t even tie shoelaces.”

And with that we moved on to go catch the first band, some of us maybe even hoping we’d be knocked sideways by it.

Fuckup Rush is an incredible album – you should buy it immediately. If you need any more persuading, do check out our review which concluded…

“FuckUp Rush is, quite simply, one of Matt’s greatest releases to date.”

Amen to that. Pre-order and / or buy the album (due out 30th March) here: kindarad.bandcamp.com.

All words Guy Manchester. More words by Guy on Louder Than War can be read at his author’s archive. He tweets as @guid0man.