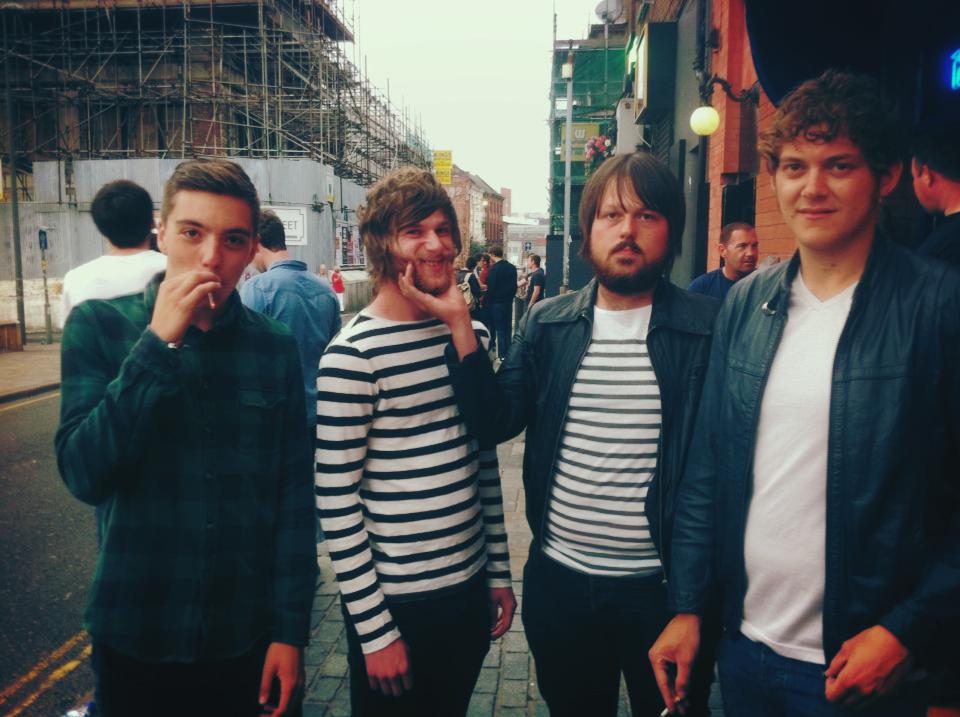 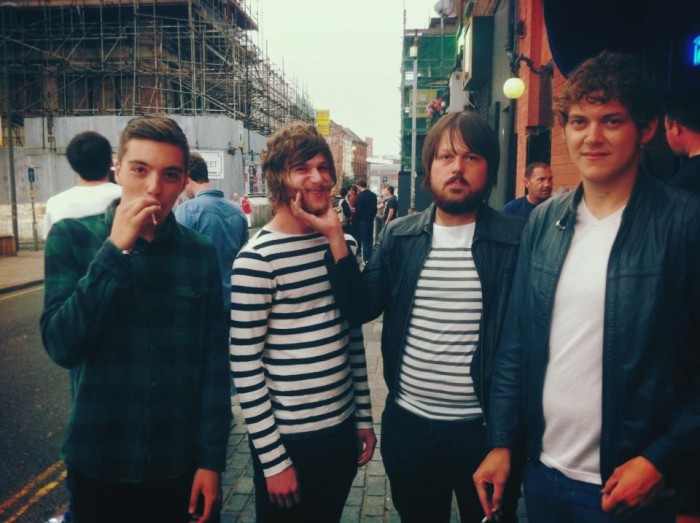 2015 has been an extremely interesting year for Hull band The Black Delta Movement. Having fully participated in the summer festival circuit across the UK, including a headline slot at Freedom Festival Hull, the band have also undertaken a busy schedule of gigs, including appearances in Ireland and Russia. In addition to this, there have been exciting support slots for Jefferson Airplane, The Jesus and Mary Chain and Kagoule.

Although recorded material has taken a back seat since the release of ‘The Trip’, a stellar version of the Kim Fowley track, 2015 seems to have treated the band well. I spoke to vocalist/ guitarist Matt Burr about what made 2015 memorable for The Black Delta Movement and what the fans can expect in the coming 12 months.

LTW: This year has seen some excellent things happen for the band, from international gigs, festivals and high-profile support slots. What have been your personal highlights?

Matt: I’d have to say, for me, supporting The Jesus & Mary Chain, headlining Freedom Festival in Hull and our shows in Moscow are my three highlights, it’s difficult to decide though because so many other great things happened this year! The festival season especially was great to us in 2015.

LWT: Gigging in Russia must have been a great experience. What were the audiences like over there?

Matt: The audiences were better than I could have ever imagined, the venue was super busy both nights and the crowd were so great to interact with – it seemed like the whole room was dancing! It was really nice to be treated so well by everybody while we were there, I can’t wait to go back.

LWT: You’ve opened for Jefferson Airplane and The Jesus and Mary Chain this year, amongst others. How did it feel to play those gigs?

Matt: The Jefferson show was such a good start to the year,  not only did we support such a legendary group, they invited us on stage to sing Volunteers with them at the end – certainly something I never, EVER thought I’d get chance to do!
Then we found out that we had the Jesus & Mary Chain show at Leeds Academy. We’ve all seen a lot of shows there, I’ve seen some of my favourite bands there (Black Rebel Motorcycle Club, The Coral, Dead Weather, Primal Scream etc) so walking out on to that stage was surreal – I couldn’t have enjoyed that gig any more than I already did, it was absolutely electric. Hopefully we get chance to do it again one day.

LWT: Support acts can have a tough time making their mark with fans of the headline act. How much do you think support slots increase your fan base?

Matt: Being a support band can be fairly daunting, supporting The Jesus & Mary Chain was so big for us so I didn’t want to fuck it up. Our fanbase grew instantly from the moment we announced that show, playing with bands as great as them instantly makes people take you a lot more seriously. I do think the amount of bands we have played with has helped us along our way.

LWT: You’ve obviously been doing a lot of headline gigs yourself. What have been your most memorable performances?

Matt: That’s a tough one! Headlining Freedom Festival and the Alternative Main Stage at Humber Street Sesh were incredible shows though – we had the pleasure of having some friends jump on stage at play with us for those shows too. Freedom Festival was something else, about a month before the show I was talking to a friend of mine about the possibility of him playing second drums and percussion for the show as a one off, then having played the show we decided it sounded so good that he should join full time so I suppose that was the most significant show of the year in some ways. Manchester have been great to us this year too, had some ace shows there, particularly Gullivers and Roadhouse!

LWT: You’ve played at a number of festivals this year. Are festivals something you enjoy playing or do you prefer the atmosphere of a venue?

Matt: Freedom Festival because it felt perfect in a number of ways, it was 5 years since we played our first ever show at that festival so to headline it was special. Bingley the following day was brilliant too, we really enjoyed it there! The difference with festivals is that it’s a lot more rapid, you feel like your back is against the wall a bit more and I think I work better under that pressure. I love a venue because everything is contained into one room though, it feels more intimate. It’s hard to choose which I prefer to be honest!

LWT: It must have been a great feeling to win the ‘Best Festival Act’ in Browse Magazine. The fans obviously appreciated your headline Freedom Festival performance.

Matt: It’s really nice to feel appreciated enough for people to choose us over the other great acts that were in the running for it – I think in the end we had 83% of the vote as well which is pretty outstanding!

LWT: Things have been a bit quiet on the record front with all the gigs you’ve been doing this year. Have you got plans to release any more recorded material next year?

Matt: Yeah it has been to be honest, we’ve been a bit gutted about it really! We had an opportunity to record earlier in the year but we were messed around with it so it never happened and it set us back quite a bit. We’ve organised to go into the studio in February so we’ll have a couple of singles to release next year for sure – the wheels are in motion and we’re excited to work with the producer! We’ll have more details soon.

LWT: I know you already have a support gig with Steve Harley and are performing at Cosmosis, but what else can we expect from the band in 2016?

Matt: There are a lot of cards on the table for us at the moment, we’re just organising bits and pieces and should hopefully be announcing a lot more live dates across the country, continent and, hopefully, the world! It’s hard to say at the moment though, I wouldn’t want to give too much away in case things don’t work out as we’d hope.
Certainly though, new material! We’ve been writing a lot over the last month or so since we’ve had a slight break from gigging and with the addition of Joe on second drums, it’s got us writing all kinds of new things. It’s exciting!