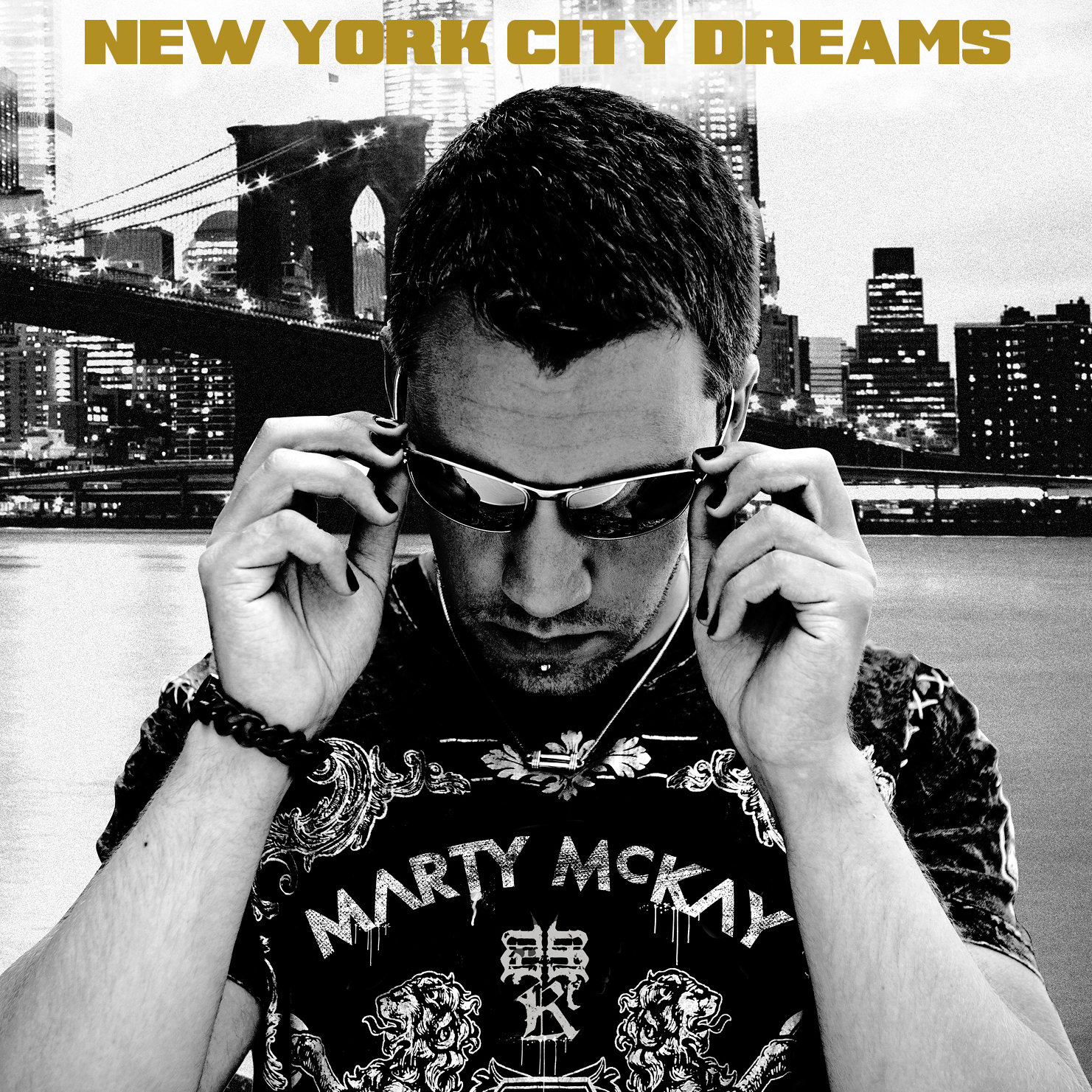 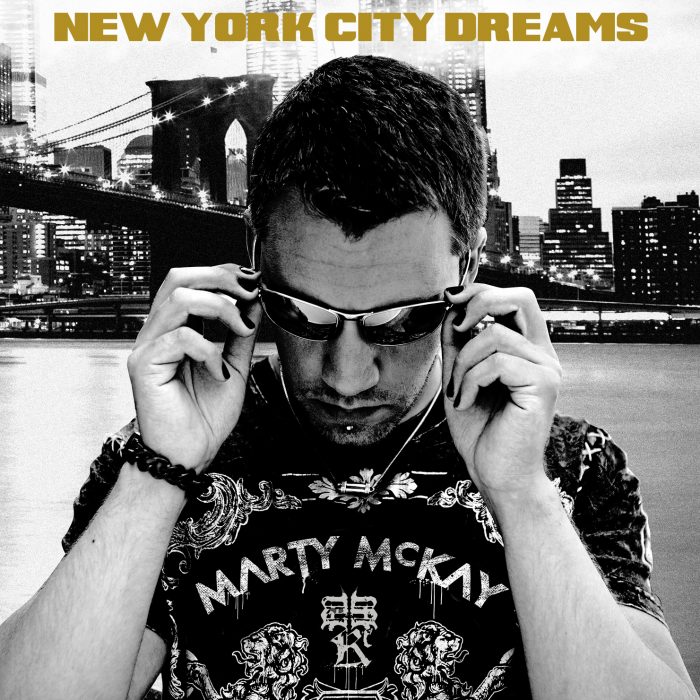 Zurich artist, Marty McKay is set to release his fabulously intense new album, entitled “New York City Dreams”, on February 24 2017. It is a powerful alternative rock masterpiece. The album includes 9 tracks of “illuminated chaos”, and takes its listeners on a journey of “Big Apple, meets-and loses-the girl, and seeks out the words and music to channel his inner angels and Demons”.

Louder Than War:  Why a New York City story? Are you based in New York?

Nah, I’m based in Zürich. I happened to be in NYC to promote my debut record Sin’s Disciple and first book Dante’s Disciple. On the first night I went for a nightcap with a friend of mine, and there was this cute waitress. We started to chitchat, and she kept coming back to our table. At some point, her boss even gave her a dirty look. She was really curious, in a good way, and we connected pretty quickly. This doesn’t happen a lot me. It felt like I had known her for a long time, which sounds a bit cliché, of course. At the end of the night we exchanged numbers, and that’s how it all started. A story about NYC wasn’t planned or intentional, even though it’s my favorite city.  New York City lives and breathes as if it had its own consciousness.

What inspired the theme of your new release?

The main theme and story was inspired by the girl and what we experienced together. Within that, I explore more abstract and universal themes: the ups and downs of life, heartache, pain, helplessness, fear, and loss. Unlike my debut record, this one was inspired by pure emotion. I couldn’t bear it anymore. So I had to write about it.
The musical concept was mainly inspired by a band called Black Lab. I came across their music at the same time I was going through a tough time. The fact that it all was so emotional was the reason I chose not to rap, but sing on New York City Dreams.

Will you return to New York and perform in support of the album?

That would be awesome! But the live market is jaded, since everyone has to play live nowadays, because there’s no money in the actual record business anymore. iTunes sales are less profitable than CD sales, and you have to stream a song approximately 150 times to equal the amount earned from ONE download. You do the math. This is the reason why Madonna or your favorite band is playing your city every year now, while you only saw them every five years one or two decades ago.
So in other words, if the project gains enough attention, I’ll definitely make it out there to do some shows! But there needs to be a certain amount of demand, so I hope the fans make enough noise to make it happen.

What do you mean by “It’s not where you’re from that matters, it’s where you are at”?

“Cause it ain’t where you’re from, it’s where you’re at” is from the Eric B. & Rakim song In the Ghetto. It has a double meaning to me: it doesn’t matter where you’re originally from (nationality, ethnicity), it’s where you’re currently living. Also it’s not where you’re currently living, but where you’re mentally at. You can travel the world, but you always take the thoughts with you. You can be in the worst conditions in the world, but dream great things. You can be in the biggest city in the world and sit in one room with  a PlayStation all day. “Illuminated chaos in these traffic lights” is so spot on when describing New York. What were you thinking when you wrote those words. I feel that it has a deeper meaning than meets the eye. This one is actually not that deep. ”Illuminated chaos” is the city at night, all the rising and falling stars, and all my scattered thoughts I sometimes can’t seem to control. That thought came looking at all the people at a crossing, I think it was near Spring & Mercer .

Is there a favourite song on the album, one you’re most proud of?
I’m most proud of the fact that this album has no fillers. Each song is great, and I really mean that. My favorite changes and depends on my mood, but “Another Life” is probably the one I’m most proud of. It shows so many different sides of me: soft vulnerable singing, heavy growling, a bit of rap, and lots of emotion.

Is there any musical passage or song that never fails to generate some emotional response from you?

A lot of the bridges in my songs (the quiet part in a song, before the last chorus) still give me goosebumps. I love it when certain songs drop, get quiet, and then build up the tension again. That’s what it’s all about, a roller coaster ride with crazy ups and downs.

How does your personality reflect itself in your music?

Music is my passion, diary, and therapy. If you want to know something about me, you’ll find out more by listening to my music than reading my social media. That’s the way I communicate and process a lot of feelings, pain and joy alike. The fact that my music is so versatile probably says the most about me. It’s really because I enjoy a lot of different music genres and I have a wide range of crazy thoughts and feelings.