Home Blogs An interview with Martha Wainwright: Reflections of who we are 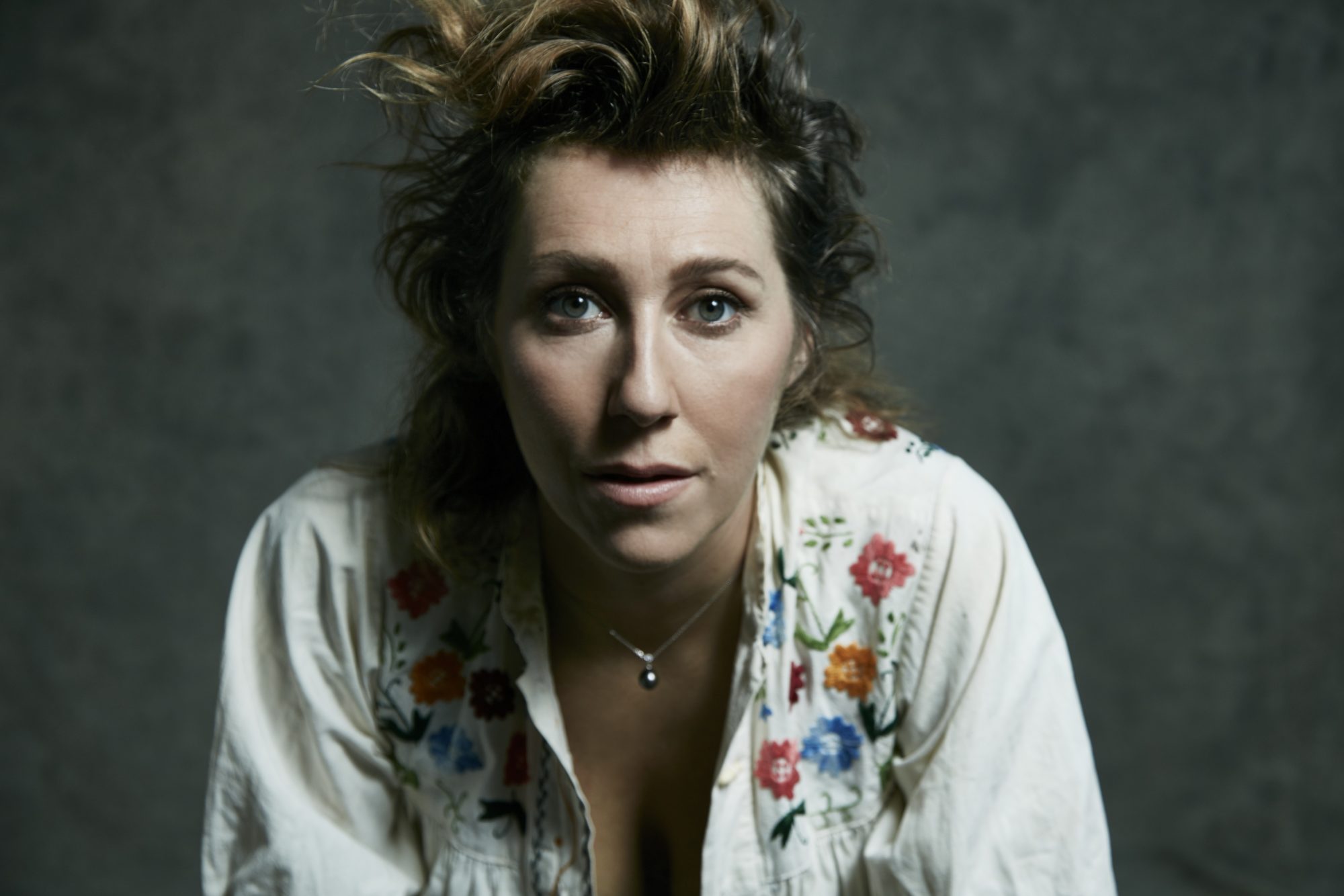 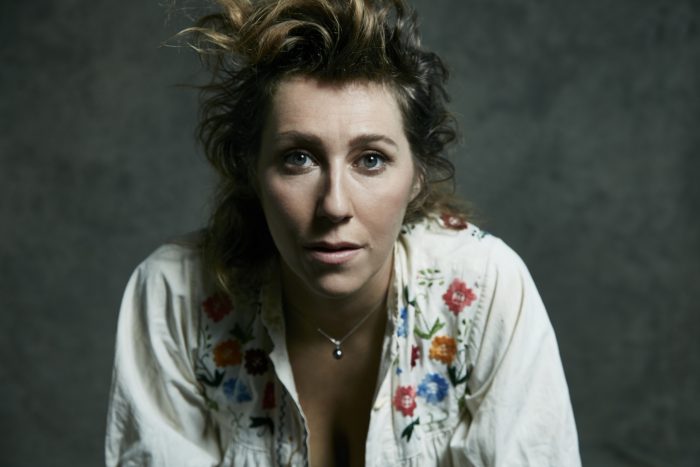 As listeners, we are often privileged when a musical artist allows us to experience life as they see it. Worlds collide, and when we step inside, we too, are woven into the fabric of the story. We cannot be sure of where it will take us, nor can we be sure of where it might end, but to place our faith in the moment, is the least we can do.

And life is created from all of these apparently insignificant moments. The moments that come to define us and scar us. Mysteries we won’t always fully understand, songs that offer a snapshot, an alternative view, a testament to who we are. And who we could become.

Martha Wainwright has been writing songs since she was a teenager and wrote her first song (a dedication to her half-sister Lucy) at aged 17. Reflecting on the often conflicting emotional terrain she navigated during her twenties, her self-titled debut LP, released in 2005, marked her out as a highly passionate performer with the innate ability to articulate a depth of personal introversion and hold it up to the light for all to see. Not always easy to swallow, but art that fails to make you feel, would be redundant in itself.

Born to Kate McGarrigle and Loudon Wainwright III, Martha and her brother Rufus were raised in a creatively open household in Montreal. Encouraged from an early age to express themselves through both music and role-play, it was when Martha’s Father appeared at Newport Folk Festival – the town where he had once worked as a boatman in his earlier years (he himself inspired by Bob Dylan’s appearance at the festival in 1963), and invited his two children up on stage to join him for a rendition of his original hit, released in 1972, Dead Skunk (in the Middle of the Road), that the seed was sown and Martha was captivated by the magic of music and performing to an audience of receptive listeners. Martha’s father would go on to write several songs inspired by both Martha and Rufus: Pretty Little Martha being one.

“I have more of an opportunity than most people to be able to connect with my inner self. That voice that is inside of me – my true person. That was always encouraged as a kid – to listen to that voice, to connect to that truth.” Martha talks of her early childhood memories which have remained with her to this day.

Martha Wainwright released her debut at the age of 28, to much critical praise, perhaps for its sheer honesty, its tendency to resonate and connect for its universally recognised themes of despair, grief and conflicting emotions. That’s not to say that it was a difficult collection of songs, more, it showed a great resilience and a strong personality. Much like Martha herself.

Martha went on to release a further six records, including a homage to French songwriter Edith Piaf. Her recently released sixth studio album, Goodnight City, features collaborations and co-writes with musicians whom Martha personally admires, including the Tune Yards and her brother Rufus (who wrote final track on the LP, Francis). She is also finishing up writing her memoir, to be published later this year, and speaks of the process:

“Writing my book was a challenge because I’m not a writer, and it was quite a stressful task to get the words down. It was cathartic in a way, to look back and think about why my life went the way it did. I decided to draw on the stories and events that would interest people.” Martha says.

Speaking with Martha, her voice is not one of frustration or revolt, but more carries a nurturing warmth, a calm clarity and a receptiveness that I can only liken to speaking with a intuitive friend. As a songwriter, she has successfully forged a career for herself, using her music as a vehicle for both her personal experiences and trauma, from loss to love and new life, and this, in turn has earned her a loyal following of listeners. She has been forcefully pulled from the shadows and in to the full, throbbing pain of this mortal coil: the loss of her mother Kate and the birth of her two children, Arcangelo and Francis. Events that most would assume, and agree, will alter your outlook on life and provoke you to reassess your own place in the world.

“I think basically, I have moved into a room maybe. Which is kind of frightening but also a relief. Writing this book has changed me for the better. The records I made throughout my thirties reflected a sense of anger, of insecurity, a lack of confidence. And I think all of those feelings were very real and they did speak to people because a lot of us feel those things – young women in particular.” Martha reflects on both her music and her writing.

Martha’s performances are both vulnerable and passionately dramatic – articulating the subtle details in life, and weaving them into a bold patchwork, she has laid her cards on the table, and yet there have been times Martha felt she had lost her own way.

“I think there’s an interesting parallel between this record and my first record, which I wrote during my twenties. This record is a ‘ten years later’ feeling, looking in and asking myself, am I the same person?” Martha talks about her recent release, Goodnight City.

“I’ve been around the world and back again, I still can’t get my cards to win…”

If her twenties were a time of compulsion and abandon, of self discovery and of evolving as a songwriter, the hourglass has been turned on its head and is allowing the sand to fall on new shores, these days. Becoming a mother to son Arcangelo in 2009 (born prematurely in London) and later to son Francis Valentine (of which Rufus Wainwright writes a song, Francis, on 2016’s Goodnight City album), and overcoming the grief of losing her Mother, folk musician Kate McGarrigle in 2010, shortly after the difficult birth of Arcangelo, Martha’s perspectives shifted and so too, did her songwriting. Reflecting on the latest collection of songs, Martha explains:

“Through years of touring and playing, and losing my Mother and eventually having children, I kind of grew up in a way that I never imagined I would. I became more confident and stronger. Happier. I’m writing songs about my kids rather than people whom I am mad at, and I’m much more protective. There’s a softness that can only come with time. These songs are more outward looking.” Martha says.

Goodnight City features co-writes with musicians including Beth Orton (Alexandria is an emotionally charged number with hints of Stevie Nicks) and Glen Hansard (One of Us is a tender and painful rumination on the raw feelings of loss and human pain), and has moments of dramatic tension that wouldn’t be out of place at a Fleetwood Mac (Nicks era) concert, and then there are reflective tracks which would not seem out of place at an alternative version of Les Miserables on stage. Opening track, Around the Bend is coupled with a music video directed by Martha’s husband and bassist, Brad Albetta (who also produced the record alongside Thomas Bartlett who has worked with Sam Amidon).

Martha’s evolution as an artist is clear as we follow her songwriting from the early days, where she sings of having no husband, no children (no reason to be alive), in her song Far Away on debut LP. Ironically, now, there comes a contentment that she has found through having her own children:

“I still sing this song, you know, it’s that feeling of desperation. Give me a reason. Don’t get me wrong, there are a whole other set of problems now, but there is a peace.” Martha says.

Martha’s music reflects her place in the world, as a daughter, a sister, a lover and a mother. A complex and beautiful journey that has left its mark. Sometimes, we need to come full circle before we can move forwards. And time, it does move in circles.