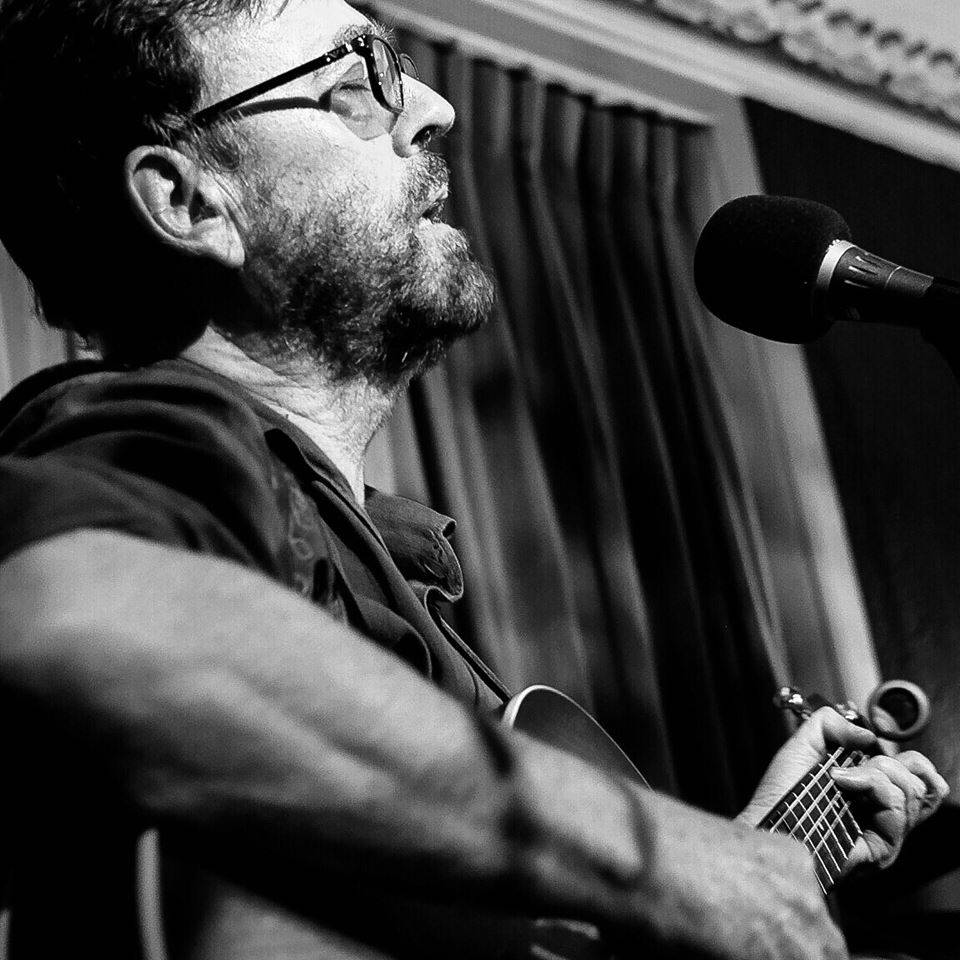 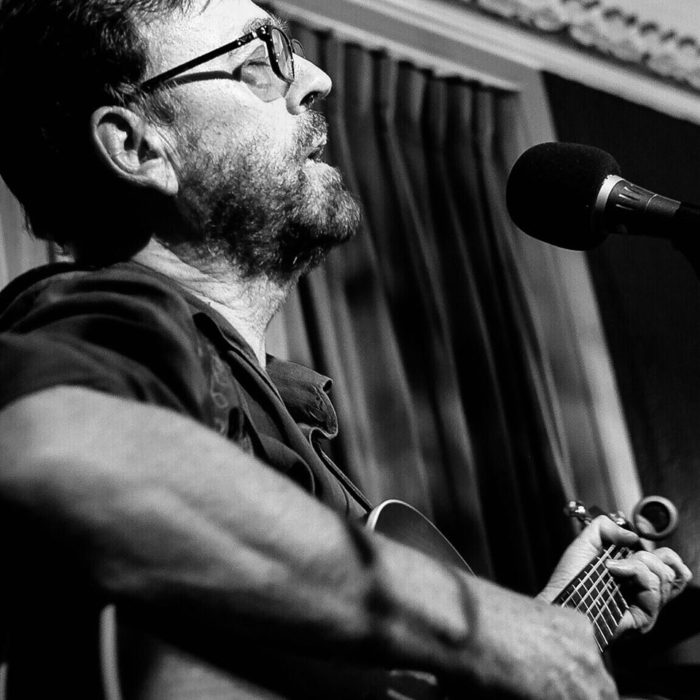 Help Yourself’ fifth album is being reissued on Vinyl. A limited batch signed by frontman Malcolm Morley and drummer Dave Charles will be available from Malcolm Morley’s Bandcamp page later on this month. Louder Than War’s Craig Chaligne chats to Malcolm about Help Yourself (and a little more).

1- There has been a re-appreciation of Help Yourself’s output in recent years. What do you think were the main factors behind the band not making it big in the 70’s in spite of the quality of the music ?

Malcolm:  We simply could not get enough gigs and even had we been able to play live more often it is impossible to know if that would have made any difference. When Help Yourself reassembled to do a one off gig at the Roundhouse in ’74 for the Zig Zag Mike Nesmith concert, a full house went crazy for the band and I had to go back on stage after encores and tell the audience we could not play any more because John Stewart had to come on and do his set. It puzzled me, I thought ‘Where were you all when the band was still going?’

2- Help Yourself’s music was always strongly reliant on melody, do you think that’s something that set you apart from your peers at a time when solo’s and virtuosity for its own sake were starting to be the norm ?

Malcolm:  No not particularly Craig. There were plenty of melodic song based bands around…..Fairport Convention…Beatles…..Hollies…..Buffalo Springfield…..The Band….just to mention a few that were influential at the time. As far as Help Yourself was concerned or any band for that matter, one gets an amalgam of each band member’s taste in music. For instance Ken Whaley brought The Grateful Dead and The Velvet Underground to our attention. Richard Treece at that time really liked Led Zeppelin and Santana and Fairport Convention, we all loved the Blues artists like Muddy Waters, Buddy Guy, Howlin’ Wolf, Sonny Boy Williamson, John Lee Hooker, Mississippi John Hurt, Snooks Eaglin, Jimmy Reed…… to name a few.

3- You described the band’s self title debut as “sounding more like Neil Young than Neil Young”, was he a big influence on your writing in your early days as a songwriter ?

Malcolm: The statement was not mine but was written by John Mendelsohn, the noted reviewer for Rolling Stone magazine.  The comment was part of a review of the first album. While I liked Neil Young’s songs I can’t say he was that much of an influence as far as I was aware. I loved a lot of peoples music of that time. Still do.

4- The recording of your second LP “Strange Affair” took place at Headley Grange with a new line-up. What are your recollections of that period ?

Malcolm:  Wondrous mayhem. It was that good it’s a blur.

5- On “Strange Affair” you started experimenting more, noticeably on “The All Electric Fur Trapper” and again with “Reaffirmation” on “Beware the Shadow”. As a musician putting a great importance on melody and song, is it a direction you fully embraced ?

Malcolm:   I adapted to it because Ken and Richard loved to space out and jam. At heart I am a folk/blues lover, with a tinge of Jazz.

6 – For a band that always sounded more American than English, it is peculiar that there never was an attempt to have a crack at that market, was it ever envisioned ?

Malcolm:  Actually Craig there may well have been for all I know. This might be better answered by John Eichler who was handling the business side of the Band during this period. Andrew Lauder, the A&R man for United Artists who liked Help Yourself was negotiating the possibility (strangely enough) of doing an album with the violinist Stephane Grappelli in order to broaden our appeal and get some of U.A.’s money back that they had invested in us, and we certainly had a few fans over in the U.S.A. I thought it was a crazy idea at the time. Much as I love the music of Stephane Grappelli and Django Reinhardt it seemed an incompatible mix, Stephane and us pot heads. By then I had decided to quit after the disappointment of the Record Company pulling out of funding the Happy Days tour which we all loved. Not that I can blame United Artists, they were losing money on the deal as there were simply not enough people coming to see us.

7- Even Though it wasn’t destined to be the band’s swansong, “The Return of Ken Whaley” plus its companion “Happy Days” saw a band at the top of their game and sounding better than ever ? What went wrong ?

Malcolm:  Oops! I think I have inadvertently answered some of this question already. However the crux was United Artists wanting another album and I had simply run out of steam and could not provide enough song material for another record. Unfortunately nobody else in the band was capable of instigating or delivering or arranging songs so it fell to me to do that and there were times that I was also incapable of being able to deliver on cue. We made some half finished recordings at Chipping Norton Studios (in ’73 I believe) and by then the well had run dry and the pressure and responsibility for everything and everyone became too much so I quit while I was still behind.

8- “Five” which is being re-released on Vinyl this month was the result of an aborted recording session in 1973 which was later completed by additional recording in 2002. Could you tell us a bit more about this record and how it finally saw the light of day ?

Malcolm:  Indeed I can Craig! In 2001 after I had released ‘Aliens’ I had a lot of correspondence via e-mail from people wanting to know what had happened to the 1973 Chipping Norton recordings for the 5th Help Yourself album. After writing back more than a dozen times explaining they were half finished songs and out-takes. I thought ‘sod this for a game of soldiers’ let’s finish the ****ing thing I am fed up of explaining why there was no 5th album every day. Luckily, Richard Treece and Ken Whaley agreed to  do it and Dave Charles had the master tape. So there it was. We recorded the extra material at my home studio and Hux Records agreed to release it ( another poor devil who has lost money on us).

9- After Help Yourself disbanded you had a brief period in Man for one of their best albums (“Rhinos, Winos & Lunatics) and then you joined pub-rockers Bees Make Honey. Two very different propositions musically !

Malcolm: It was the other way round actually ! Bees Make Honey then Man. I joined Bees Make Honey after I had quit Help Yourself. Dave Robinson who was managing Bees Make Honey at that time needed a piano player because I believe the Bees regular piano player….. (Ruan O’ Laughlin? maybe)….. had contracted pneumonia. Of course, I had nothing to do so I leapt at the opportunity plus I was being paid £6 a gig. Real money in my pocket! I loved the music. Great songs and the Bees were a terrific bunch of blokes. Barry Richardson bass and vocals, Mick Molloy lead guitar, Deke O’Brien guitar and vocals and Fran Byrne drums. I loved my time with them. Musically it was perfect for me. Then Deke Leonard offered me the chance to join Man who were a big band with an upcoming tour of America and the offer was too good to turn down. The U.S.A. tour was a lot of fun in general. I think all the Man band were seeing America for the first time so we were pretty excited about that. The San Francisco gig was my favourite performance of the tour (and U.S.A. city for that matter). We played a benefit for Timothy Leary there as he was in the clink at the time and his wife had helped to organize a benefit and petition in an attempt to get him released.

10- With your recent appearance on two Man tours plus the upcoming reissue of Five, it has been  rather busy period for you. Are there more things in the pipeline ?

Malcolm:  Yes, I am working on releasing some newly recorded material which I have been writing and producing over the last year. Depending on my available funds I may release the music on Bandcamp or possibly a C.D or vinyl. Seven songs are in the ‘mixing’ stage and being mixed by Tony Poole (of Bennett Wilson Poole). Tony does a lot of production work for various artists so I am lucky to get him for the project. I am working at the moment on 3 or 4 others but last week my studio recording desk  suddenly packed up and I lost 5 songs, temporarily or permanently …I don’t know as yet.  Thus…..I have had to invest in some new equipment and there is a learning curve with the new set up but there are new possibilities too. So the next little batch of songs may take another few weeks to complete while I attempt to get my poor old foggy brain cells to digest the new technical data.