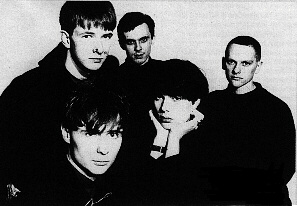 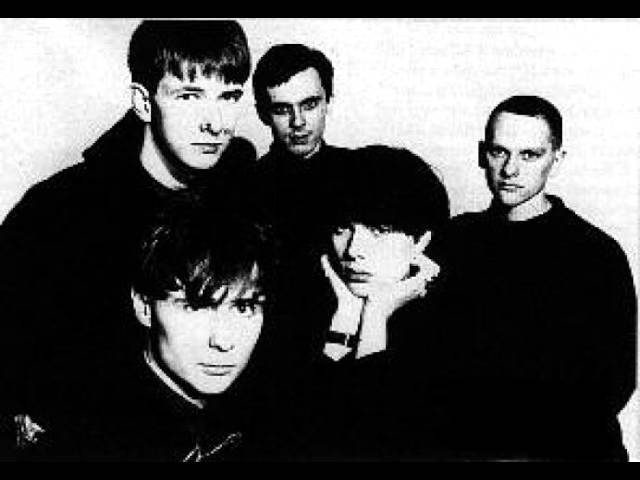 Optic Nerve has just re-issued ‘I am a Wallet’, the classic 1987 debut album by one of the most interesting yet unheralded bands of the UK 80s post-punk indie scene, McCarthy.

Here, Gus Ironside interviews McCarthy’s elusive former singer and lyricist Malcolm Eden about the album that moved Nicky Wire of Manic Street Preachers to declare… “For me, this is the greatest political album ever made … I love them so much, my son’s middle name is McCarthy.”

We have a review of the album in the pipeline so watch this space for that.

Louder Than War: I’m delighted that ‘I am a Wallet’ is finally being reissued, as I’ve long been baffled why McCarthy are so over-looked, and I regard this album as a lost classic.

ME: It’s all a long away now for me, and it’s getting stranger for me to answer questions about it. But thank you very much for your interest, it’s really much appreciated.

The opening track, ‘An MP Speaks’ seems uncannily prescient now, with its multi-layered theme of abuse of trust by people in power. When you listen to the album now, do you hear different meanings and resonances from when you recorded the songs?

Yes, some of the themes have worn well, fortunately. Most of the songs were directed against Thatcherism and what I saw as the hopeless opposition to Thatcherism that existed at the time, particularly in the Labour Party. So they belong to a very specific period. In fact, even a song like ‘The Funeral’, which appears to be a relatively timeless song, seems to me to have a late 1980s atmosphere. I mean that nowadays, practically everyone is a bit apologetic about capitalism, whereas Mrs Thatcher and her followers often spoke up very frankly for it. I think it helped clarify things, paradoxically.

Were you consciously utilising a Brechtian ‘alienation’ technique when composing your lyrics? (There seem to be commonalities with Bertolt Brecht’s approach, as you appear to avoid using lyrics that invite the listener to identify emotionally with the narrator).

Yes, I was certainly very interested in Bertolt Brecht. One of his main ideas, as you say, was for the audience not to identify with the characters in his plays, but to watch what was happening on stage in a more distanced way, so that they could form a judgement about the action and, by extension, about the world. I was attracted to the idea of speaking through characters because it means the listener has to dig out the meaning for him or herself. There’s nothing worse, in my opinion, than bleating out your message to people who agree with you, as a lot of politically committed groups seem to do.

Were there any contemporary bands at the time of the album’s release that you felt kinship with?

On a musical level, there were plenty of other groups who sounded like us, I think. I’m not sure there were many with the same approach though. People used to say that Microdisney were quite similar to us in some ways, but musically they weren’t my cup of tea. I quite liked the early Gang of Four records, which are full of bitterness and irony. Tim, the guitarist, had a much wider musical culture than me, so he could probably cite a lot of other groups.

The core themes in your lyrics still sound startlingly relevant today, but if you were starting out in a band in 2015, would you be writing about similar topics, or something entirely different?

Obviously the world has moved on since the late 1980s, so I wouldn’t be discussing exactly the same topics in the exactly same way. Some people on the left unfortunately seem to be fighting in a world that has ceased to exist. The other day, for instance, I read an interview with a French Marxist philosopher called Alain Badiou, and it was as if he had gone to sleep in about 1936 and they’d suddenly woken him up and asked him to comment on today’s newspapers. You wondered how much contact he still had with reality.

Today I suppose I’d be writing about free speech, political correctness, the negative aspects of environmentalism, and about the Enlightenment idea that the human race is one, and that we shouldn’t be splitting ourselves up into smaller and smaller categories competing for state funding. But it’s obviously not easy to get this kind of message across, particularly in a pop song.

Do you hear echoes of McCarthy’s work in any bands that followed afterwards, or any contemporary bands today? Are there any bands in particular which strike you as having perhaps followed that route?

I’m sorry to say I stopped following what was going on in music at some time in the early 1990s, so I’m incapable of saying anything to the point on this subject. Obviously, the Manic Street Preachers have been kind enough to cover some of our songs, but I’m not very familiar with their work either.

Your lyrics have a rather poetic sensibility to them- were you influenced by any specific poets, or was literature more of an influence?

Yes, I started reading a lot of poetry when I was about 16 or 17, I used to pore over poetry into the night, and I think it seeped into the lyrics. I particularly liked William Blake, Keats, Shelley, Gerard Manley Hopkins and T.S. Eliot. I always liked the sound of the words in their poetry, perhaps even more than the meaning.

At my modest level, although I never got very far with rhyming, you will see a lot of alliteration and assonance in the lyrics, and this is what is meant to hold the line together, even in the absence of rhymes. “Up and down The Strand I strolled around penniless…’ There’s obviously the alliteration of ‘Strand’ and ‘strolled’, but also the mournful ‘own’ sound in ‘down’ is repeated in ‘around’, and this gives the line an atmosphere, even if you pay no attention to the meaning of the words. But a lot of songwriters do similar things without noticing it too. I once read that Bono, for example, chooses his lyrics purely according to the vowel sounds, which doesn’t at all surprise me. But ideally there should be some kind of content in there too, if possible.

Why do you think McCarthy weren’t as popular as contemporary bands such as The Smiths? Do you think this was related to the lyrics challenging the listener, rather than providing a quirky persona to identify with?

Well, we probably weren’t as good on a musical and vocal level. What attention we got was usually linked to the political aspect of the group. But you should remember that we were just four young oiks from Barking, and I really can’t say I feel hard done by.

I think most groups get the level of success they deserve. You might say The Velvet Underground, for example, one of the greatest groups of all time, should have had number one hits, but their music and themes were nevertheless a bit odd. You can’t sing about botched sex-change operations and hope to win the general public’s heart, as a rule.

Manic Street Preachers covered two of your songs, but are there any other artists you would like to hear cover specific McCarthy songs?

Well, I think you should always aim high, so I’d like to see Taylor Swift try her hand at ‘The Vision of Peregrine Worsthorne’. And if Miley Cyrus is available, then she might like to take on ‘Should the Bible Be Banned’.
A few years ago, you were writing a couple of books. Were these ever published? Are there any projects that you’re working on just now?
Yes, I wrote a couple of books, but they weren’t published. Today I still write, in a way – I translate from French for a living.

Are there any current bands, or artists in any medium that you find interesting at the moment?

Although I follow current events, I’m afraid I’m not very good at following current bands or artists, as I said above. On this subject, I’m sorry to say, I agree with Ian McDonald in his book about The Beatles, Revolution in the Head, where he says that pop music probably peaked sometime in early 1966.

Do you have any plans to re-release your Herzfeld recordings at some point? How do you feel about those recordings now?

The album is very amateurish. Perhaps the single, ‘Two Mothers’, is a bit better. ‘Two Mothers’ was covered by two Spanish women a few years ago, in fact, and their version was very good, I thought, but I can’t remember the name of their group now.

What led you to use ‘Frans Hals’ as a song title- did you feel something in common with the artist’s approach to compositional technique and/or the joi de vivre contained in his work?

It is based on a few pages in a book by the art critic John Berger, Ways of Seeing. The extract is a bit too long to quote in full, but here is the beginning:
“The last two great paintings by Frans Hals portray the Governors and the Governesses of an Aims House for old paupers in the Dutch seventeenth-century city of Haarlem. They were officially commissioned portraits. Hais, an old man of over eighty, was destitute. Most of his life he had been in debt. During the winter of 1664, the year he began painting these pictures, he obtained three loads of peat on public charity, otherwise he would have frozen to death. Those who now sat for him were administrators of such public charity.”

The people in the portraits are shown as cold and grasping and, in one case, drunk.

What was the most satisfying, rewarding or interesting aspect of the whole McCarthy experience for you personally?

Probably creating something. I don’t mean in the sense of ‘self-expression’, which might be interesting enough for the person involved, but doesn’t take very much account of anyone else. When you do something creative, on the other hand, whether it’s writing a song, cooking something, planting something or mending something, dancing or singing, then you are stepping out of your passive role, the role of a mere spectator, for a while. This isn’t something that is restricted to artists, but everyone can temporarily overcome passivity in this way, I think.

Many thanks to Malcolm Eden for his generosity with his time and his considered and witty answers.

“While there’s still a world to win, my red dream is everything” Red Sleeping Beauty, McCarthy.