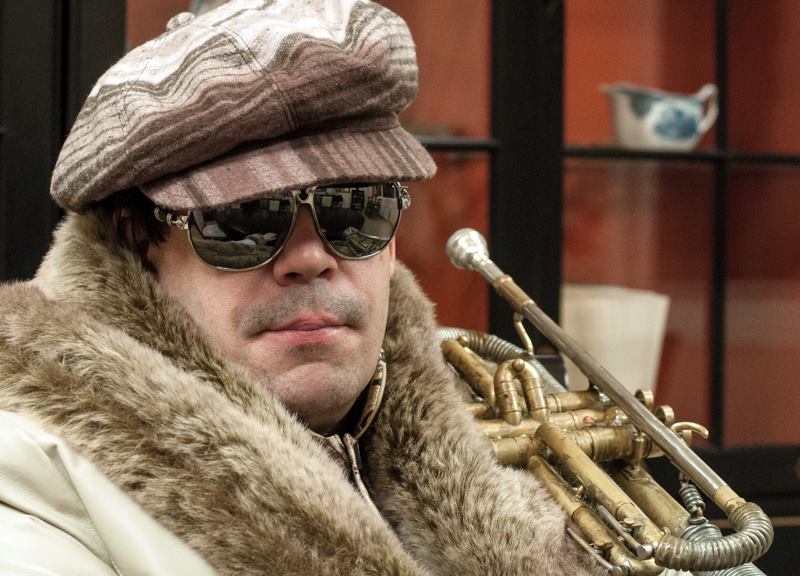 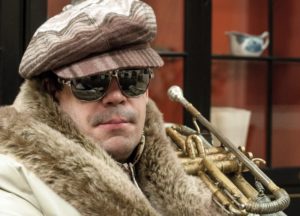 Nicknamed “Chops”, by Miles Davis, Mac Gollehon has been the lead trumpet arranger/player on more than 500 gold and platinum albums. With his new album Mac Gollehon and The Hispanic Mechanics he’s blended a fusion of EDM and Salsa.

With a history of recording with artists such as David Bowie (on Let’s Dance), Duran Duran, Niles Rodger’s Chic, Grace Jones, Rick James, Blondie, and many others, his single No Drama, is an explosive and powerful track, like none other. His music concept is unique, innovative, and extremely relevant.

He talks to Eileen Shapiro.

Louder Than War: Thus far it seems as though you have led a very exciting life, working with Bowie, Duran Duran, Grace Jones and omg I can’t even name them all. Who was most fun or interesting to work with?

I found they all had their very specific talents and essence of expression but the real gem was David Bowie. The reason for that I think is he had a natural instinct for seeing what the musicians can do and in my case I felt as though he gave me the room to contribute to the sessions without feeling as though he had to control every move. He was more interested in getting the most interesting  and inspiring performance that would still retain itself within the scope and song message.

How did you turn an instrument like the trumpet into EDM?

It happened for me many years ago when playing on house re mixes by artists like Arthur Baker,Little Louis Vega, Little Louis and the World, Eight Ball Records, Latin Rascals, Frankie Knuckles and way too many more to mention. So the trumpet and trombone and a couple of times mouthpiece solos would find their way into the mix. I will admit that the stylistic approach to  playing in EDM on trumpet requires a conceptual shift to be most effective. I have heard other horn players play business as usual jazz solos and they always fall short. You have to love and respect the genre.

No More Drama is an extremely cool release, however I feel like the music is filled with explosive drama in the best way possible. What’s the song’s message?

It is explosive and dramatic and the message is a playful way of saying don’t stop the drama. The video soon to follow will reflect the visual message also.

Do you plan on touring to support the album?

Can you recall the funniest or most embarrassing thing that has ever happened to you live?

I was on the TV show Soul Train and Don Cornelius came up to me for the brief interview and told me I sounded great. Then on national TV I enthusiastically said thanks Don Corleone.

You play a million instruments, who where your musical influences growing up?

So many to mention but standouts for me early on would be Jimi Hendrix, Harry James, James Brown, Johnny Cash.

Do you have a favorite song on your new album, one that’s more fun to perform or one that you are most proud of?

One of my favorites in the session was il Aceite just because it is so greasy and fun and funky.

What was the most valuable thing that you learned from Miles Davis?

One of the times I was at his house with Miles and the ex-boxer Tony Anthony. I was very young and was showing off a bit on the horn, Tony was smiling and Miles had a very serious concerned look on his face. After about a one minute stare down he said  “you know you have a style of playing a lot of notes so make sure you make em all muthafucka.”

Are there any other new projects on the horizon for you?

I am looking forward to taking the Hispanic Mechanics Concept in the direction of collaborative teamwork with great artists in varied genres and to develop this concept on live gigs. True Groove has some new things in the works that I am excited about as well.

What advice would you give your younger self?

If I could go back in time and do it over I would not have gone to music school. Instead I would have left for NYC right after high school . The reason for that being that so many of he great legends that were in New York in that four year span when I was in music school were no longer performing or around by the time I got here.

You can find Mac Gollehon and The Hispanic Mechanics on Facebook and Twitter as @mgollehon or @truegroove1.