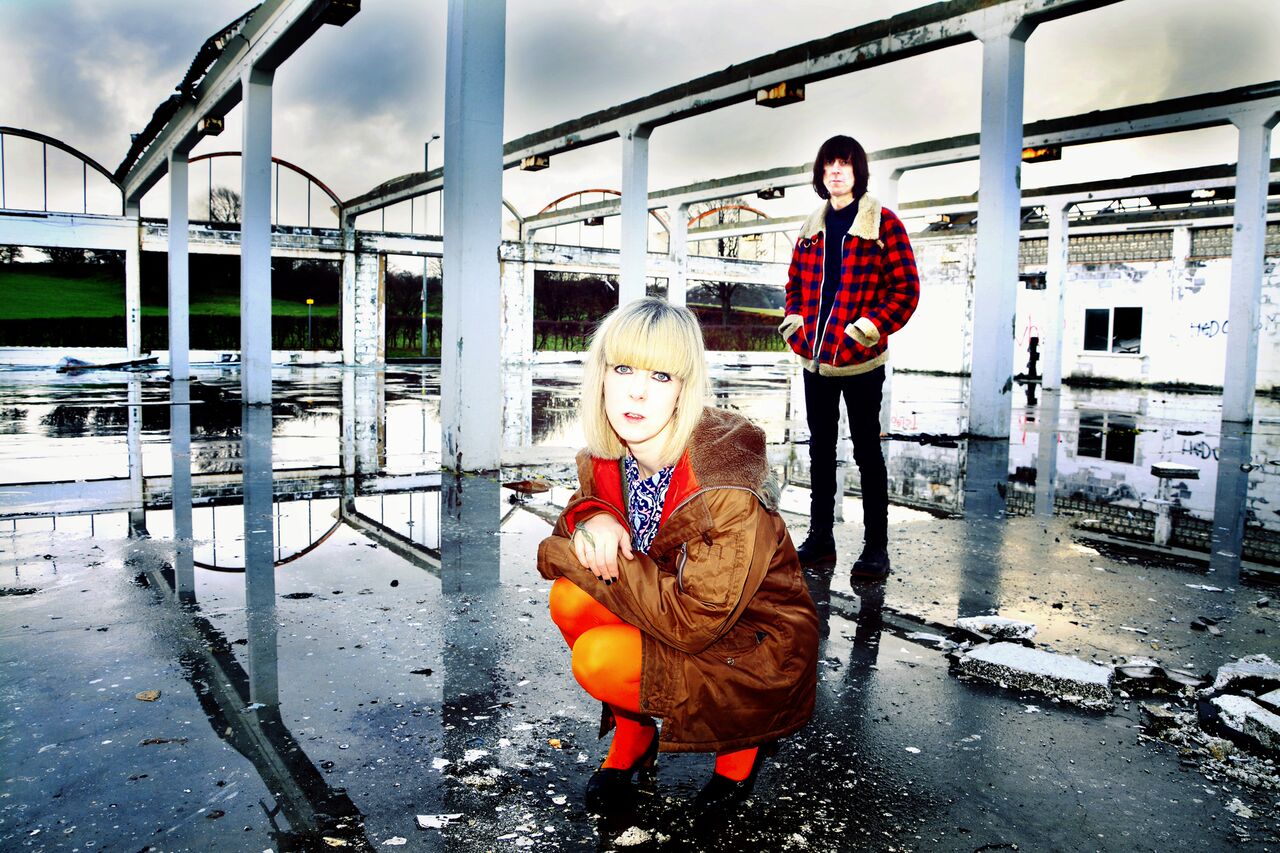 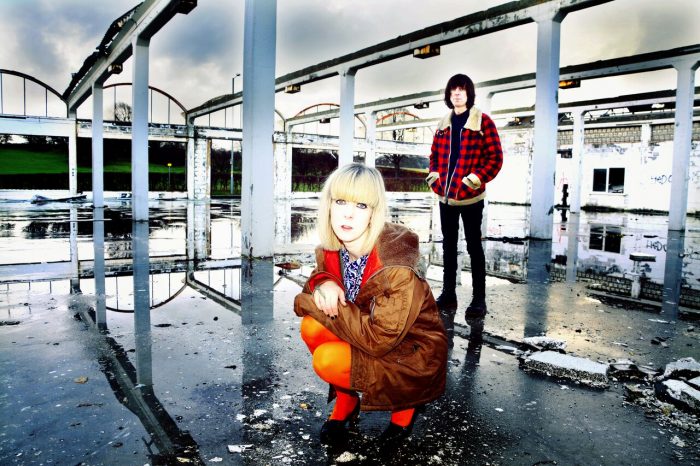 Releasing This Is Nowhere last year quirky punk rockers The Lovely Eggs celebrated a scene they love but which doesn’t exist in the eyes of the mainstream media. Stalwarts of DIY the band, a duo of Holly Ross and David Blackwell, are one of the most loved on the underground scene and steadfastly dedicated to making music their own way.

Forming in 2006 they re-released their first three albums – 2009’s If You Were Fruit, 2011’s Cob Dominos and 2012’s Wildlife – on coloured vinyl and having toured extensively with This Is Our Nowhere last year they head out again over the next few weeks for UK dates.

We grabbed a quick chat with the band before they piled into the van for the first date.

LTW: How have things changed musically and in your approach over the 10 years you’ve been creating music?

Well, we don’t think our approach to making music has really changed in the last 10 years. Our main objective being in a band has always been to have fun and a party and enjoy playing together. And that’s still true today.

There are SO many miserable bands around that argue and end up falling out and splitting up and ultimately stop enjoying making music. So we just make music that we get a kick out of doing. It’s that simple. It should be that simple for everyone!

Obviously what we enjoy doing has changed over the years. When we first started out we did quite a lot of experimental stuff. Weird songs using weird instruments and we had quite a basic sound. More recently we’ve been more consistently heavy in our sound and have started dicking about with drum machines and that. Who knows what we’ll do next; just whatever we want.

LTW: How important is place and regional identity to your music?

To us it’s a very important factor. In fact it’s an integral part of our band. We think it’s bullshit that as a band there’s a lot of pressure on you to move to London or a big city to “make it” in the music industry. It’s like you’ve got to cast off your roots and homogenise yourself in order to fit in. That’s why we sing in our own accent. It’s important for us to stand up and stand out and say look we’re from round here, we’re a proper band and we still live here! There is no reason to turn yer back on where you are from, unless you hate the shithole you come from, which we do to a certain extent, but we also love it and defend it fiercely. We’ve got a funny relationship with Lancaster. It’s a bit like living in Twin Peaks. What can we say… This is Our Nowhere!

LTW: What are your main influences? Are these longstanding or are you finding new inspiration all the time?

Generally we are influenced by the magic and mundanity of everyday life. Life can be pretty funny. It just depends what glasses you have on. We’re hugely influenced by the author Richard Brautigan who seems to see things in that way. He always seemed to find the surreal in normal everyday things. So does the artist David Shrigley. It’s like taking everyday life and putting it under the microscope and realising that every damn thing is just fucking ridiculous. So we suppose we take inspiration from situations as they arise every day. Obviously we also have our musical influences. For example we love a meaty Black Sabbath type guitar sound. And we love the popiness of Pavement and the surrealness of The West Coast Pop Art Experimental Band. So that all takes its toll and winds itself up into a giant elastic band ball with us two stuck in the middle.

LTW: What are the benefits and pitfalls of being so DIY? Was it a definite decision to deal directly with the business of being a band as well as the creative side?

The benefits of being DIY is FREEDOM! You don’t have to answer to anyone. You can make the music you like, no one tells you what to release, you have complete artistic control. You can also become friends with promoters and fans and get to know a good network of people so you make your own scene. It’s a pretty empowering feeling! On the flip side, we are not well connected people so it can sometimes be tough!!

We didn’t consciously decide to be DIY We started off releasing stuff on DIY label Cherryade Records and it just sort of happened cos they wanted to take a break and we wanted to release more records so we called their distributor and they took us on. We set up our own label to release our own stuff and that was that. We love the creative freedom of doing our own stuff but the admin/business side of things can be a right ball ache. Sometimes we scream and go “arrggghhhh this is getting too much” but at the end of the day there’s always cider!

We listen to loads of stuff. A lot of stuff we’re into is from the ’60s and ’70s. We listen to anything from Jazz like John Coltrane to spoken word poetry like Richard Brautigan or Bukowski, to repetitive psych stuff like Silver Apples, to Riot Grrl like Huggy Bear and obscure sitar tracks to hardcore punk like Black Flag. Musically we like a lot of stuff. A lot of bands nowadays seem quite bland and safe which we’re not into. It’s like there’s a machine churning out mediocre tunes made by rich kids with trust funds. That’s not to say there isn’t any good new bands about, there are, but you have to root to find em. Not really sure how what we listen to influences our own music. We always think our music sounds nothing like the stuff we are into. It just comes out naturally like a big shit.

LTW: About to set off on tour – best and worst things about touring? Do you have a gig ritual?

Best thing – getting to have a party every night and meet new and old friends. Not having to do housework or cook your own meals. Worst thing- This used to be the hangovers but now it’s the 6.30am starts with our little boy who we take on tour with us. It’s pretty hardcore!

Drug Braggin’ is released on 28 October through Egg Records as digital download (pre-order on iTunes here) and on psychedelic swirl 7″ vinyl.

Interview by Sarah Lay. Sarah is editor at Louder Than War. You can find her on Twitter or read more from her in her author archive here. She is executive producer of The Rumble on Radio Andra and provides Louder Than War’s recommended track of the week on the show. Tune in Tuesdays from 8pm or listen again here.