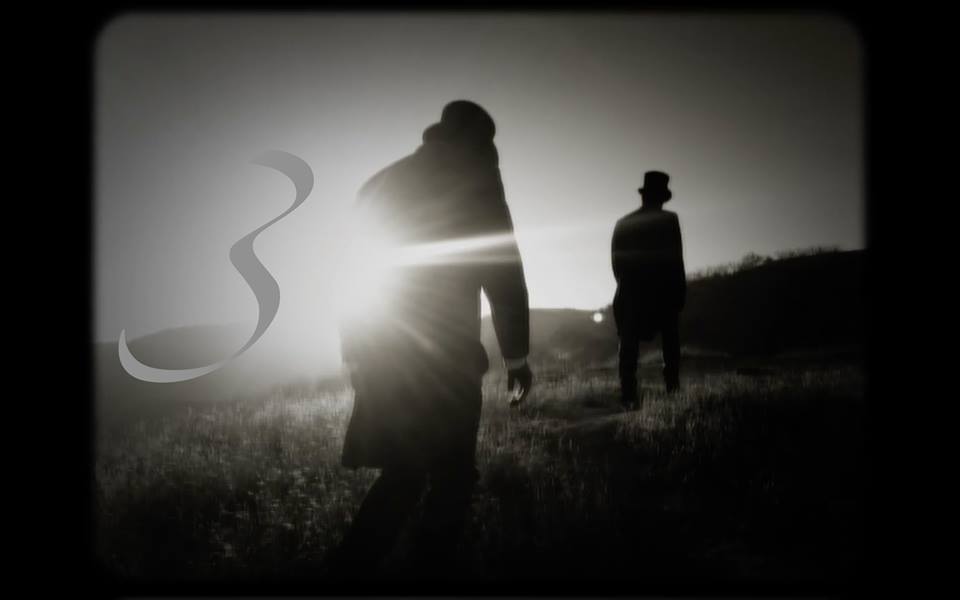 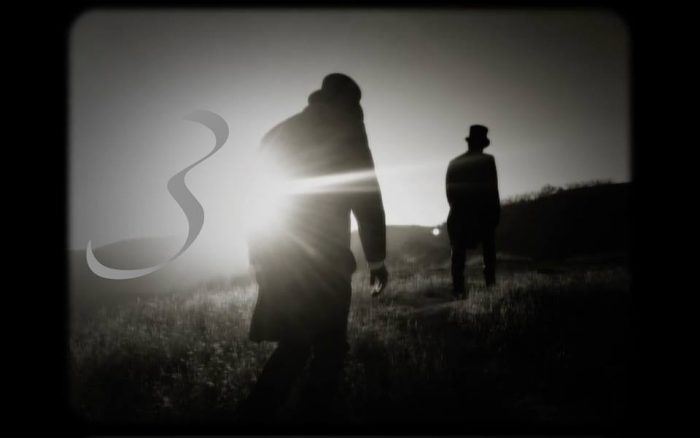 The Lost Poets are a mysterious, dark duo from Sweden. Their faces are unknown, and coveted by a tar like substance, and they wear top hats and suits. Their unique music is beautiful, yet dark at the same time. Their new release is entitled: “Insubordia PT11”.

Sought after internationally after their previous album was released,”Insubordia”, they are to be included in Dolph Lundgren’s forthcoming film, “Without You I’m Nothing”. They are also oddly enough, currently working on a children’s book.

Louder Than War shared questions and answers with the duo….

Why all the mystery? Do you ever plan on unveiling yourselves?

The whole idea wasn’t really anything we planned. It just happened and we went with it. We’ve both been in a lot of bands, before The Lost Poets, but they were all the same in a way. Trying hard to be cool looking and badass. This time, David and me explored different ways to express our feelings for our music in a different way. Not just sonically, but visually as well. In the beginning we just did it for ourselves as we felt that it really enhanced what we were trying to say. The idea just expanded and what you see today is merely a glimpse of what is to come.

We have no intention to unveil ourselves as we enjoy the anonymity. What you see is what you hear to put it clearly. It’s not too hard to find out what we look like underneath our costumes, but why would you? Isn’t more fun not to?

Your music is very unique and creative, who writes it and what inspires it?

Thank you. I write most of the material but some of it we’ve written together. The whole point, though, is what happens when the base of the song is complete and we start exploring it together. That’s when the whole sound of The Lost Poets comes to life. Let’s take ”Bound” for instance. I wrote that on my acoustic Martin that I often use and it started out as a ballad. The first time we rehearsed it together I just brought an electric guitar and, with the input and ideas from Petter, it metamorphosed into something entirely different. The exploding distorted guitars, the heavy drums, the pauses and tempo. So, in a sense, we write everything together as the whole spirit of TLP wouldn’t find itself into the music otherwise. I made a solo album a while back that I never released and it was very, very different from what we do today.

What inspires me creatively is, to put it simple, life. What I see and experience every day gives me input to different lyrics and songs. Also, I’ve been through some stuff so that kind of rubs off.

What will you be doing in Dolph Lundgren’s film, “Without You I’m Nothing”?

First off, our song ”Mouth” is to be included in the film ”Don’t Kill It!” directed by the one and only Mike Mendez. It’s liberating to be included in a film like this as it’s not what The Lost Poets is about, really. One would think that we’d only be featured in darker, more serious productions, but this is a movie about slashing demons! Also starring Dolph Lundgren by the way. He’s really into what we do and has been helping us a lot to get established in the US. In ”Without You I’m Nothing” we have some songs featured, and hopefully we’ll be writing some of the actual score. We also wrote music for the movie ”If Everything Was Real” which was showcased in the Cannes Film Festival.

What are your musical inspirations?

It’s no surprise that we’re compared to a lot of ‘90s rock bands as I, in particular, find that era very interesting musically. Back then it was about the music. Sure, most of the bands wanted to be cool but they weren’t posers. It was more raw and natural and I can identify with that. But that being said, I actually don’t listen to a lot of music at all since it always inspires me to write new material. It may sound like a luxury problem, but sometimes it makes me over creative and I tend to drain myself completely. Maybe my taste in music sometimes seeps through, but the idea of trying to sound like anyone else is absurd to me. Then there would be no reason for me to make music. I often hear bands that sound exactly like their obvious inspirations and that’s kind of sad to me. Why not be a cover band and play what you really want instead of trying to make it with the soul of someone else’s music?

Yeah, I agree with David on that last point. Why bother? Anywho, I find that we’ve found a great way of producing TLP material. The process is working out extremely well for us and I feel, as David said, that if we didn’t approach this together, there would be no TLP sound. Maybe there would be no TLP at all.

Are you planning a tour to support your new release?

Certainly! Right now we’re booking some gigs for this fall in Sweden and the US. Maybe we’ll play some in Europe this summer as well. We’re very selective over where we play these days. No more venues where people are there to just drink beer and don’t care about who’s on stage. We want to connect with an audience who have come out to see us. That gives us more energy and makes us deliver more.

Petter is actually the one of us who is more intent on playing live. This is a good thing because otherwise we’d probably be locked up in the studio all the time. This may sound a bit odd coming from me, being the front man and all, but I’m not really into exposing myself too much. With that being said, when on stage I always give my all. Our motto is ”f-k it, lets rock!” and that’s what we do. If an audience has paid and taken the time to come and listen, it’s not about us, it’s about the people who are there to be entertained.

Tell us about your children’s book.

People have asked us why, of all things, we’re writing a book for children. It may seem a bit odd, yes, but we believe that children aren’t all about My Little Pony or The Gummy bears. We think that they also have a darkness inside them that needs to be approached and appreciated. Without it there would be no light, as we all know. This is a book that addresses that exact issue. Good versus Evil, Light versus Dark etc. Kids know all this but parents often seem to shy away from the fact that their children don’t always need to be protected from anything that’s bad or dangerous. I’m not saying that you should put them in front of slasher films, or the news for that matter. Just show them that you don’t need to fear all that’s dark, but to confront it instead.

It sounds like you have lots of projects going on, what does the future hold for Lost Poets?

Yes, we have a lot on our plate right now and it feels great! First of all we need to keep working with everything surrounding ”Insubordia pt. II”. There is always new things popping up and it’s a special feeling being the ones who are wanted instead of chasing record labels etc. Every musician knows what I’m talking about.

Next week we’re finally going to dig into ”Insubordia – The Movie” as it is called now. Even the name is a work in progress. We have an insane amount of footage that we need to go through and decide what we want to use. It could end up being 3 or 30 minutes. We have no idea how it will pan out.

And then there’s the book. It’s almost finished actually; we just need to find the time to make it happen since we’re, also, working on several different film and TV scores at the moment. After everything starts to calm down we also have the next album to start writing for…

The thing is, all these projects not only takes time, but they also drain you emotionally. You put so much into every little detail so you need to put your head on straight before you jump into the next challenge. It may not look or sound like it, since our style is very rugged, but we’re extremely thorough. That’s why everything takes so long to finish.

How do your audiences react to your mystery?

I think the response has been 99% positive. It seems that people long for something different and hopefully we can bring this. So far we’ve only performed in character and that has been really appreciated. The ones who haven’t seen or heard us before look a bit confused to begin with, but usually they appreciate it when we start the show.

Yeah, it’s been really positive. Not many bands choose to hide what they look like. It’s more common amongst rock bands though, like Slip Knot and Ghost to name a few, but it also spans over different genres like Dead Mouse, Daft Punk and The Residents. I don’t know what their thing is and why they choose to do it, but we feel that we don’t have to show our faces because it really doesn’t matter how we look in real life. The Lost Poets are about taking the listener for a journey and to forget everyday life for forty minutes.