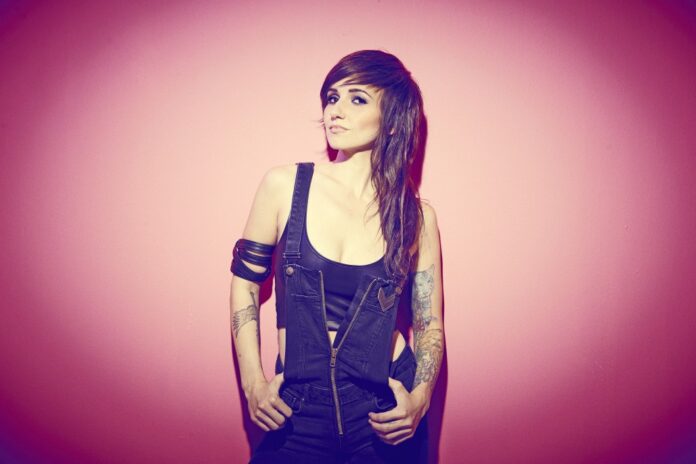 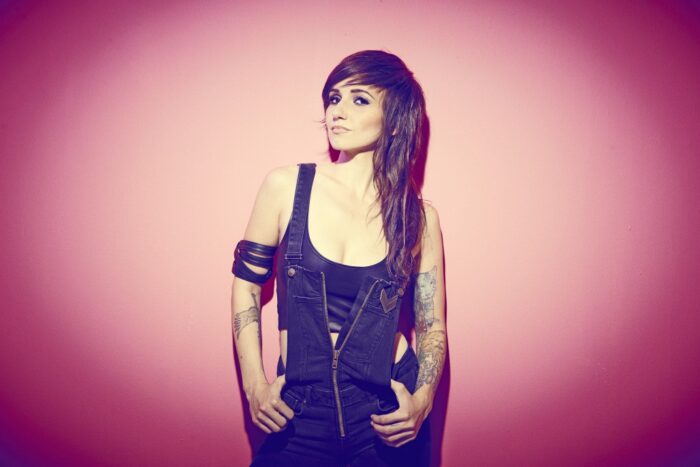 From her bedroom Starry Night Studios, to releasing albums through Warner Bros, Lights has shown determination and perseverance in becoming who she is today. Louder Than War’s Abi Gillibrand had a chance to catch up with her on her cookie break and talk about all of the exciting things she has hidden up her sleeves.

At the end of 2014, Lights brought out her latest album Little Machines which captured her halcyon childhood memories through an array of synths and heavy drum beats. Now, she is set to release a midnight acoustic version of this album early next year.  “We’re releasing a very chilled out version of Little Machines. I can’t give too much away other than that we brought in a string section and the full band played on it. It’s a whole new version of the songs and it’s played in a very intimate way. It’s nothing like the acoustic stuff I’ve put out in the past. This whole rendition brings out a darker side to the record. It’s funny, depending on how you dress up a song you can change the intention of it. A song that’s really powerful like Up We Go is an uplifting anthem on the record and when we play it live it’s like that too, but when you hear this new version, it takes on a whole new life. It’s pretty cool, I’m really excited for you to hear it.”

Lights let it slip on Instagram that the album features two unreleased tracks. “One of them is one of my favourite songs I’ve ever written and it actually was written after Little Machines came out. I wanted an opportunity to give it to the fans and I guess this was the best way. It’s called Follow You Down.” She’s also currently working on a new music video for one of the songs off her new release, saying that, “we did some really complicated things for it. I’m just hoping it turns out well. It was a long day standing in the cold shooting and I was freezing. But then I watched Everest a couple of days later and realised I was being a chicken.”

Over the last couple of years Lights has worked with a number of charities, one of which included Hard Rock’s Breast Cancer Awareness Pinktober campaign. “It’s a shirt that they sell once a year through an artist or musician and they put photos up of the musician wearing the shirt in every store across the world. That was amazing experience for me. It was such a powerful platform to talk about something so important. It’s the biggest demographic that affects us girls in their 20s who have no idea that it’s a possibility and feel a little bit invincible so they don’t get themselves checked out. It was a really special thing to be involved in and Hard Rock were really great to work with.”

Lights has also recently collaborated with Kiehl’s (an American cosmetics brand) and has brought out her own face cream where she designed the packaging. “100% of the profits goes to MusiCounts which basically keeps music education alive across Canada and allows everyone to have access to instruments. Because music was such a big part of my youth I see it as such a good outlet to have for all of the emotions you’re dealing with when you’re going through your adolescence and your teenage years. I poured that into something that I could get a lot out of in the end and help shape my identity. Music is such an incredible tool that can bring people out of their place and turn it into something good. Everyone, regardless of their economic status should be able to have access to that power and that was what Kiehl’s was all about.”

Not only does Lights express her creativity in the form of music, but she has also been known to be quite the artist. “There was a time when I started painting every three months and it was really special because people got to see the progression of my art. After that I’ve actually been painting ever since. I have a huge collection of paintings that no one has ever seen before. One day I’ll have an art show and bring all of those areas of paintings together. I find that listening to music and starting a painting is a great way to lose yourself.”

On many of Light’s Instagram photos and video blogs her painting of Batman and Wonder Woman can be seen in the background. “The original picture I was inspired by with that was with Batman and Cat Woman and I was like ‘I’m not Cat Woman I’m Wonder Woman!’ So I had to rework my inspiration into that. It’s good to have a great idea in your head and make it happen. I try and put that onto my little one [her daughter Rocket] too. I spend a lot of my time showing her how to draw. I’ll draw all kinds of women doing all different things, like a female construction worker and a female superhero, just to show her how to dash the stereotypes of women which seems to be infiltrating every corner of our entertainment world.”

Her humble attitude and musical prowess has formed a loyal and dedicated fan base who are inspired by her talent and beauty. Many have been enthused by her artwork and have taken it upon themselves to create portraits of Lights. Fan, Ian Taylor (aka Sarcasticcoffee on Instagram), has taken many amounts of these pieces and has created a hardback, glossy picture book full of fan art which he is hoping to present to Lights at her November show in Detroit. Lights was so enthusiastic about this, saying, “I saw that! I’ve been lurking on that, I know he’s doing it. I’m so excited. That is definitely going to be one of my favourite books.”

She has such a close relationship with her fans and believes that she is on the same level as each and every one of them. “I feel as though I’m not meant to be on a different platform than my fans. I feel like we’ve all grown up together. Having a fan base like this is so powerful and it inspires me every day.  It reminds me that every time I’m low they believe in me and honestly it’s the most powerful thing, you have no idea. It’s so easy to let yourself get down and start feeling uninspired or uncreative, but I always have this kind of back up team that always support me. They’re my cheerleaders man, they’re my cheerleaders.”

When listening to Lights’ albums you can hear a spiritual side to some of her songs as though they have been written to a greater being. “I’m definitely inspired by my spirituality, believing in something gets me through life. There is so much out there that is bigger than us and I believe that’s where our creativity comes from. Like this portal in the sky. I write about that a lot.” Lights was raised on the Missionary Field up to the age of ten when her parents settled back down in Canada, “It’s amazing and inspiring to know you are called to do something and you can fulfil an intention that you have, and then return to what you had before. It raised me through this fearless part of my life giving me that ability to go with the things you’re being guided to do, which I think is what you need being a musician.”

Finally I couldn’t resist posing Lights a couple of questions suggested by fans. If she were to be a colour she would be orange because “it looks delicious and dreamy”; and if she could chose to be any animal she’d pick an eagle – “it sounds too epic, but I’d love to fly, flying would be amazing and they’re just loud and cool I guess.”

Just like the old times, she has returned to her editing software and says a new video blog will be up shortly about the creation of her new album.

She is currently touring the US, and hopes to return UK in the New Year.  You can find the dates to see her on her website: https://music.iamlights.com/tour/