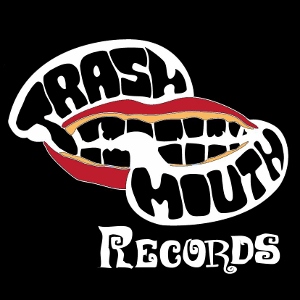 Trashmouth Records already have a whiff of notoriety about them, due to their affiliation with the seedily sensational Fat White Family,  a band as well known for their on and off stage antics as their music. It would, however, be presumptuous to dismiss them as a one-trick-pony. Championing some of the more interesting and vital bands snapping at the heels of the current music scene, Trashmouth Records has been catching these ragged butterflies in its holey net since 2002. The label originated as a platform for the two DJ’s of Medicine 8, brothers Liam and Luke May, to release their own output. I recently managed to catch up with Liam May, who was kind enough to talk to me about his days in Medicine 8, how they began to sign other bands and met The Fat White Family, and where their newer signings are taking the label now.

LTW – I’d really like to begin by thanking you for taking the time to answer these questions. I wondered, who are the bands Medicine 8 most enjoyed remixing?

Liam -The remixes we most enjoyed doing as Medicine 8 were probably the Manic Street Preachers, I-Monster & Orbital, but to be honest, we were much more into making original tracks.  Our debut album Iron Stylings featured vocals from Wesley Willis, Afrikka Bambaattaa & Charlton Heston (this was definitely not sanctioned by him though – it was a sample of him addressing the National Rifle Association of America, reciting the lyrics to Cop Killer by Ice T’s metal band Body Count, as a way of highlighting the “threat” America faced from evil “rap music”. . .) & an interpolation of The Velvet Underground’s Murder Mystery.

Lou Reed’s reaction to this was definitely our favourite bit of press. In an interview in The Independent he said: “One time, this band called Medicine 8 sent me a new version of a track that only a Velvet Underground aficionado would know existed. They did it so much better than I did and I love when that happens.” The album came out on Parlophone & we did a bunch of Radio 1 sessions & toured the world for about 7 years. . . In the early days a guy in New York who worked for Strictly Rhythm Records started booking us to play at his club nights there. He is the man we all now know & love as Clams Baker – currently vocalist for Warmduscher & Paranoid London. We already had a vague connection with him as we’d gone to school with his wife – Cloudy Truffles, who’s currently the bass player in Meatraffle – so it was more fun doing gigs with them than most other promoters.

We brought Clams on our US tour. Normally a DJ duo doesn’t really need a tour manager, but we thought it would be fun. & it was. It was a lot of fun, so when we started writing the second Medicine 8 album, we thought we’d get Clams to do the vocals, rather than trying to clear samples from Charlton Heston & ridiculous stuff like that. So we recorded a load of music together, but rather than coming up with Medicine 8 style Acid House as we originally intended, it turned out to be this sort of surrealist, fuzzy rock & roll thing instead, so we decided to just go with it & that became Black Daniel. We toured all over with this too, did 3 albums & had a lot of fun & it was all pretty weird in a good way (the most surreal being this massive arena tour supporting Bryan Adams, of all people. . . Still no fucking idea what that was all about, but it was a hilarious and kind of awesome thing to do).

LTW -When did you decide to start signing other bands to the label rather than just releasing your own material, and who did you sign first?

Liam – In the middle of everything, some of the bands that we were knocking about with started to ask me & Luke to produce records for them. We’d built a small studio in New Malden with the advances from Parlophone & we thought it would be a cool thing to try. Only problem was nobody had any money to pay us, so we figured if we created a label & we really, really loved a band, they could sign to it & we could release the music that way. Didn’t really know what we were doing to be honest, but then nobody else seemed to have a clue at that time either, so I guess it didn’t matter too much. The first bands we produced & signed were The Boicotts – a London based Japanese garage band who we co-ran a club night with in Camden called Hotaru Gig. Loved them, but they got booted out of the country back to Japan, just after we finished the record, & The Helmholtz Resonators who were also a lot of fun. They did all their gigs, videos, interviews, everything dressed, named & speaking in these sort of nineteenth century scientist/industrialist characters they’d created for themselves, never played guitars & swapped instruments for every song they played.

Other bands around that time that we got to know were David Cronenberg’s Wife; The Bombers – who opened up for us a couple of times before they went on to become the far, far superior Pit Ponies; Japanese girl band No Cars; The Saudis – Lias & Nathan from Fat White Family’s first band & a very short lived band called Nagasaki Dust People that was fronted by Saul Fat White. They opened up for us at the Windmill once & all though I wasn’t sure about the music, I really liked the way Saul jumped head first, guitar and all, into the drum kit with no thought of his or the drummer’s physical safety (I think it was Dan Lyons) after three & a half songs & it all ended awkwardly & abruptly. Didn’t play with the Saudis, but I thought the photos of them playing a gig bollock naked were pretty cool. . .

LTW – How did you end up signing The Fat Whites?

Liam -A couple of months later, Clams called saying “Hey, you remember that band Nagasaki Dust People & that other band the Saudis? Well the guys from those bands have started another band & they want us to play at a night (the first or maybe second Slide In) they’re putting on at the Tulse Hill Tavern. . .” I checked a Youtube video that Lou Smith filmed of them playing their only gig at the Windmill & I thought straight away that this was the best thing I’d seen since Acid House happened. We did the gig & all got on it afterwards & I asked if they wanted to make a record & they did, so we did. . . The first time we met to chat about things, we went to the Queens Head in Brixton & after overhearing us talking about records & stuff Simon Tickner sidled over & offered the band free rehearsal space upstairs. . .

Champagne Holocaust took ages to make, as it was all trial & error & total chaos, but once it came out things quickly started to happen. The bands’ Slide In nights were a massive part of it, not just for the Fat Whites themselves, but also for Trashmouth, as pretty much all the bands on the label played there at some point. It’s all been a little bit greasy & debauched & a lot of fun, as well as the headaches, & still is, even after the sad, but inevitable, demise of the Queens Head.

LTW – What’s been happening lately, and where do you see Trashmouth going in the future?

Liam – After the Fat Whites stopped doing the Slide In nights, we started doing the Trashmouth Nights (mainly at the Windmill) & keeping the anti-hipster, anti-bankster, anti-gentrification flame burning. They’ve all been rammed (maybe because there are so few venues left open in London as much as anything else!) & a bit of a blur, but I do remember pretty clearly everyone, women included, jumping around topless to Nick from Taman Shud’s unexpected choice of 180 bpm happy hardcore in his dj set at the Christmas party. Seamus the landlord didn’t like it at all though, women with their tits out in his pub. . He was properly fuming. . .I thought he was going to kill Nick for a moment. . .

So the whole thing is very incestuous, but it’s not like it’s some exclusive club or anything – it’s just what’s going on where we are right now. Don’t really have much of a vision for the future of Trashmouth apart from just carrying on making the records we & the bands want to make for as long as the vibe is there. . .

LTW – Is there anything special you look for in a band?

Liam – Don’t really know what we look for in a band exactly, but one thing the bands do have in common is they all have a lot of personality & passion & humour & have good tunes. Not really into really straight, fast, white, punky style music. . . I used to say I wasn’t fussed about jazz either, but then Meatraffle came along, so you never know. . .

LTW – There have been some great albums released on Trashmouth this year, “Viper Smoke” by Taman Shud, “Khaki Tears” by Warmduscher and “Magnificent Second Occupation” by Pit Ponies. What other releases have you got planned?

Liam – The new album “HIFI Classics” from Meatraffle is out next on Friday 13th November & it’s as out there as you’d expect, & then after that, Bat-Bike’s album “Getting Back” is due in December which is totally all over the place – some of what you’d expect from them & a lot which you probably wouldn’t expect. . .

Then to round the year off a Trashmouth compilation with a mixture of tracks from the band’s albums, plus some exclusives & some tracks from new bands too.

For the new year we’re half way through recording the second Taman Shud album which is already sounding insane; we’ve just started a project with the visual artist & Lee Scratch Perry collaborator Peter Harris – we had Vic Goddard from The Subway Sect in the studio doing some vocals the other day, which was pretty cool & we also have recording sessions booked in November with our new favourite band Madonnatron.