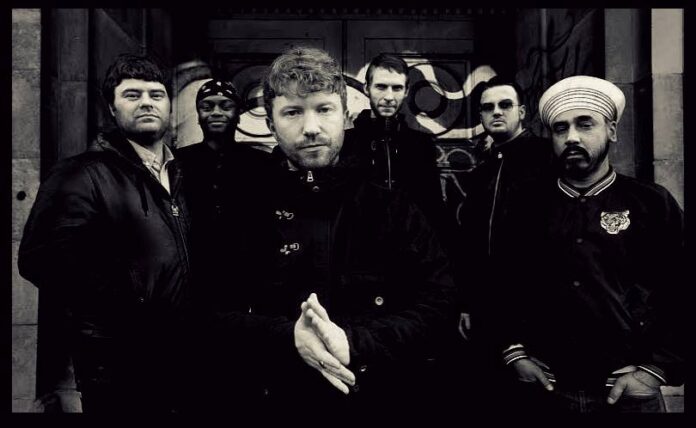 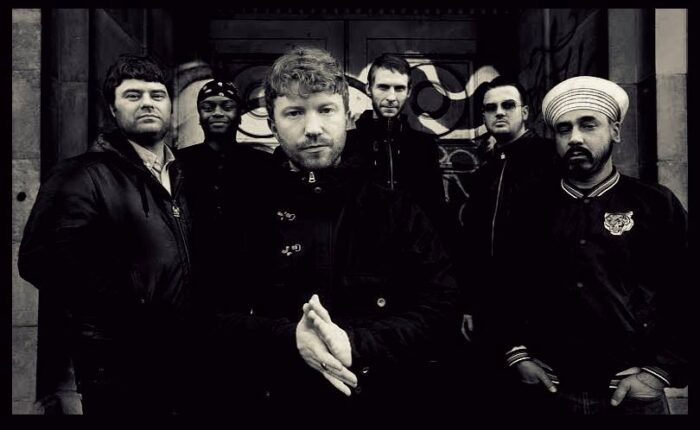 With their own original and stylish mix of funk, hip hop and dance beginning to turn heads, it’s looking as if the next half of 2015 is going to be all about The Winachi Tribe. Below, Louder Than War’s Carl Stanley catches up a band’s charismatic front man Liam Croker.

The Winachi Tribe have just released a brilliant new single ‘Time for Love’ -which you can check out below. They also have upcoming shows playing alongside Happy Mondays, Stereo MC’s, Tinie Tempha and other name groups lined up and they feature on the new Hacienda film ‘Do You Own The Dance-floor’ (the reason for the band’s name change from ‘China White’ to Winachi Tribe). But it’s the band’s upcoming EP we’re most excited about, a release we think is the best thing the Warrington born and now Manchester based favourites have done yet. check it out below then scroll down for the interview…

Louder Than War: Hi Liam – firstly congrats on the new Winachi Tribe single ‘Time for Love’, which brings the funk and dance together for a cracking debut release. What’s the reaction been like so far?

Liam Croker: The reaction’s been amazing. All the reviews for the single have been really positive and full of praise. Everyone keeps saying it’s a breath of fresh air, a credible pop record, which is what we were aiming for when writing the track.

I think people are really digging the fact they can get their rocks off and dance to it. It’s been receiving a lot of airplay both in the UK and also Europe and the States. At the end of the day people want to have a good time and ‘Time For Love’ is a good time summer record.

The launch party for ‘Time for Love’ took place last Saturday in the West End, how did the show go down?

Hottest gig of our lives…literally it was fucking sweltering!!! ‘Sense Danger’ clothing had given me a top leather jacket a few weeks earlier so I was determined to wear it at the show as a thank you to them for sorting us out. I was throwing up just before we went on stage. I was being interviewed and had to keep running off to throw up…fucking brilliant, think I had a dodgy pasty on the way to the venue. We did the launch bang in the middle of London’s West End in a mad little Burlesque venue called ‘The Electric Carousel’, it’s where Sammy Davis Jnr and The Beatles use to play, loads of history about the place. It was a great show, The Winachi brothers and Sisters were out in force.

I’m loving the video too, everyone dancing away in the nightclub with the one and only Keith Allen making a rather groovy guest appearance … how did that come about?

Keith’s playing an older version of myself in the video. We met Keith in 2012 and featured in his Olympic opera ‘Will Cliff Be There’, we did a small tour of the album with him and have been friends since. He just came up to Warrington and did the video with us. He’s our mate.

So why the name change from China White, the group’s original name, to The Winachi Tribe?

Lets just say that being in a band whose name is street slang for Heroin can have it’s limitations. We had to change the name to move the band forward.

Influences, a standard question! I guess you’ve a right mix going on in ‘The Winachi Tribe’ like Chic, Happy Mondays and many old club favourites and classic dance tunes. But what are the artists, groups and records which inspire your sound?

We’re not into one type of music. Winachi’s a melting pot of influences and ideas. Everything from Parliament to The Beatles. We like to constantly evolve when we’re writing and not feel constrained to one particular genre. Funkadelic, Massive Attack, Primal Scream, Tom Tom Club…it’s all in there, you just gotta look.

You’re already looking ahead to the next single too aren’t you, ‘Plant the Seed’, a track which will be featured in the upcoming film on the Hacienda ‘Do you Own the Dance-floor’

‘Plant The Seed’ was entered into a competition to feature in the film and won!!! They chose our track, it’s got an acid house vibe to it as we were listening to Geralds Voodoo Ray at the time of writing it. It was also featured on the soundtrack to Trevor Millers ‘Trip City’ which is a legendary Acid House novel which was re-issued last year. When you bought it, it came with a soundtrack that included ‘A Guy Called Gerald’ ‘Paul Oakenfold’ and ‘The Winachi Tribe’. Julie Gordon features as the vocalist on the song. Danny Saber is currently remixing the track…it’s a killer song.

Really like the track ‘Yeah Fool’ too, a real tight mix of hip hop and dance smoothed off with a wicked chorus. Can you tell us who is actually in the group and how do the tunes come together?

There’s no set way to how we make the tunes. I write the lyrics and develop the tracks with Ant in our studio but everyone will bring something to the table. We add live instrumentation as we go along. We do the pre-production in Winachi H.Q then do the final mix in a bigger studio. We’ve worked with producers such as Latch, L.C Coleman Inder and Danny Saber on the final mix’s of the tracks. We just do our thing. Painters use a canvas…our canvas is silence, we’re in our element when we’re filling that silence. There’s more than one way to milk a goose!!!

So apart from the name change from China White to Winachi Tribe…which you did a lot of work under, are there any major differences musically or style wise between the two groups, and where did the new name come from exactly?

Winachi is more colourful where China White was more Dark and moody. Winachi is more organic and live than C.W was, we’re better musicians and songwriters than we were when we started China White but China White is and was a massive part of our lives, it’s in our blood. C.W made The Winachi Tribe possible, all the hard work that went into China gave us the leg up and foundation we needed to hit the ground running with Winachi. You have to remember when me and Antony started China White we were stark raving lunatics and were into a lot of heavy stuff, there’s a few casualties who knocked around with us at that time, luckily we managed to get through it with our sanity relatively intact. Winachi’s totally about the music, any bullshit has long gone.

Looking ahead to some of your up coming dates there’s support slots with the likes of Happy Mondays, Stereo MC’s and Tinie Tempha, what’s it like to be sharing the same stage with some of the groups who inspired you and the band, and what are you most looking forward to

I’m really looking forward to our E.P launch at ‘The Ruby Lounge’ in Manchester, 27th August. Also playing the main-stage at ‘Victorious Festival’ 29th August in Portsmouth will be amazing, opening for the likes of Primal Scream and Tinie Tempah, it’s a massive stage and festival. We’ve been asked to play twice that day, we’ll also be appearing on the ‘Seaside Stage’ later that day. Gonna be a mad few days. We’re also opening the main stage at the ‘Shine On Weekender’ 7th November which is a killer line – up with The Mondays, 808 State, Stereo MC’s, Peter Hook and loads more over the weekend. Sharing a stage with these acts just feels right, feels like home…it’s where we belong.

Finally Liam can you tell us what other shows you have coming up and if you can tell us what a Winachi Tribe gig is really like?

Next up is our EP launch at ‘The Ruby Lounge’ in Manchester, it’s the 27th August. We’re really looking forward to be back in the MCR, feels like coming home. What’s a Winachi gig really like?…you’ll have to get yourself down to the launch and see for yourself ;) From Winachi with love.