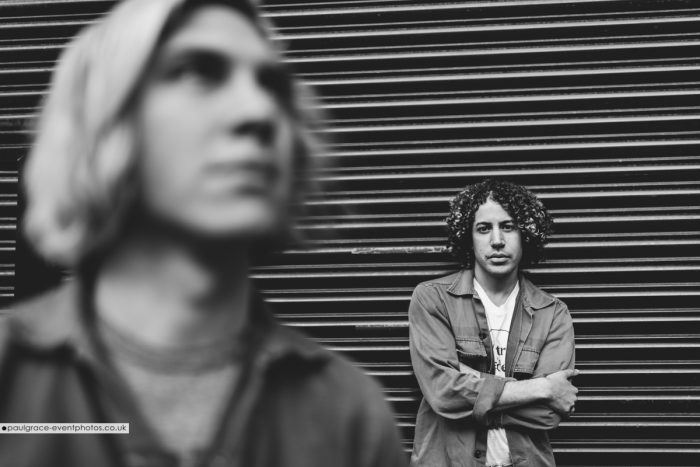 It’s been a busy time for US experimental electric-urban duo Lewis Del Mar. In little over 12 months their debut single ‘Loud(y)’ has received over 5 million Spotify streams, they’ve toured the UK and Europe, opened Lollapalooza in Chicago, and even appeared on James Corden’s Late Late Show.

Who is Lewis Del Mar?

Lewis Del Mar is two people (Max Harwood and Danny Miller). We’ve known each other since we were nine years old and grew up making music together in our friends’ basements. We spent several years touring around the US in a station wagon with another band before settling in New York City about three years ago. That is when we began to write the material that would become Lewis Del Mar. We recorded the entire project in our bedrooms and in the living room of our bungalow in Rockaway, while we were working shit jobs bussing tables and such in the city. Both of our fathers are named Lewis, which is where the name stems from. Danny’s father is from Nicaragua, and Max’s currently lives in Panama. We have close ties to Latin America, and our art is heavily influenced by the region. “Del Mar” means “of the sea” in Spanish, and we live and record down the street from the ocean; another huge source of inspiration for us.

Where are you at the moment?

We are currently in Salt Lake City, Utah supporting Miike Snow. We’ve been on the road the entire summer, so the team is missing home a bit, but on the whole, we’re humbled and very grateful to be out there spreading our sound and sharing the stage with such good people.

The Lewis Del Mar sound is pretty unique – a heady cocktail of indie, folk and rock, with heavy hints of latino and even a splash of reggae. How would you describe your sound and musically who are your influences?

We think of our sound as a natural mix. Our tastes are all over the map and our music strives to combine them into one cohesive identity. Maybe we’d call it latin-inspired, electric-urban, rhythm-folk? As products of the 21st century, we’ve come up in a time where having eclectic taste is the norm. People listen to individual songs more than they listen to whole albums. So, when we share playlists with our friends they are always strange mixes of every modern genre. That’s how we listen to music, and thus it’s how we make it too. We are influenced as much by actual musicians and styles as we are by the time period in which we are creating. 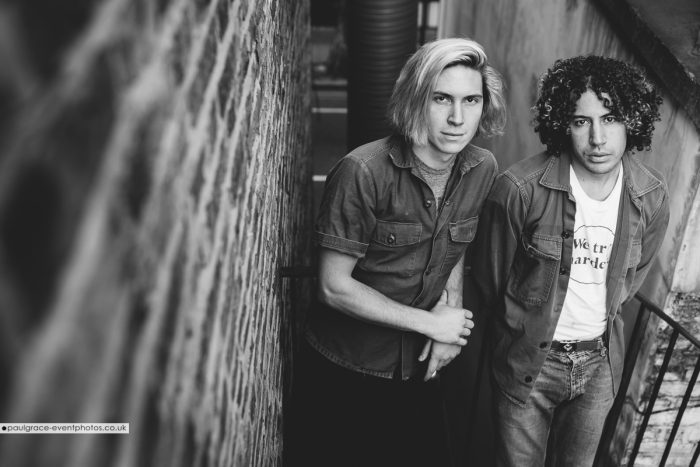 How was your recent European tour?

Being on the road in a foreign country is always enriching. You’re not only learning about and seeing new places, but you’re also getting a glimpse into the artistic stylings of an entire culture. It helps to contextualize the art you’re making, and lends an understanding of how the people who live there might react to it and why.

How were you received by the British audiences?

The support really was overwhelming. We’re a young band, so anytime the audience knows all the words and is giving a lot of energy during the show, we’re grateful. But to be in the UK, to be so far from our home, and to be able to play to sold out crowds was surreal.

Did you have any funny/strange experiences while you were in Europe?

We ate some mushrooms on the drive from The Netherlands to the UK. Still trying to figure out if it was “funny” though!

Your debut single Loud(y) received over 5 million Spotify streams in a year. What do you attribute to its huge success?

Find a sound or approach that is only yours. And say something that is meaningful to you.

You recently appeared on James Corden’s Late Late Show. Is he a fan?

James is a fan, and one of the kindest and most down to earth people around. We were lucky to be able to make our TV debut with him. The show was a huge learning experience for us. No matter how many gigs you’ve played, nothing prepares you for being on national TV for the first time. You’re playing live to a small audience, but in the back of your mind you know tens of thousands of more people are watching. It’s a trip. 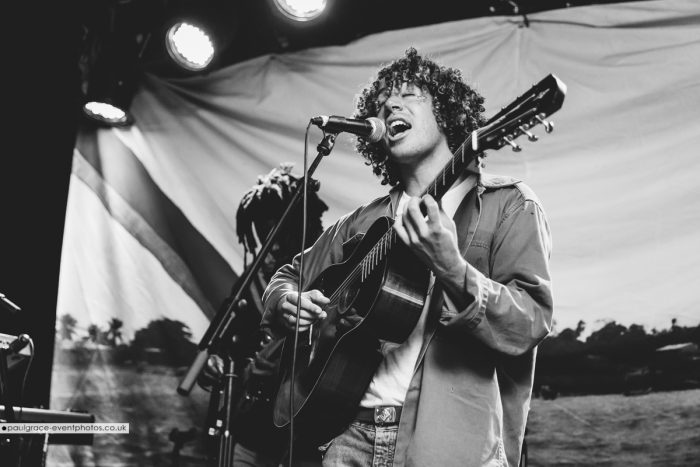 How was the recent Chicago Lollapalooza show?

Not exactly what we expected. Our set was cut short and we didn’t get a soundcheck. Future was playing later in the day and they were setting up his light show when we were supposed to start performing. It’s all good though, we’re a small band and Lollapalooza is a huge festival. Chicago is a beautiful city, and we’re excited to be back there this fall.

Are there any musicians you’d like to collaborate with?

We’d love to work with Sampha or Gallant. Beautiful songwriters with moving voices.

When are you next in the UK?

We’ll be at Reading and Leeds Festivals in August.

Will we be hearing a Lewis Del Mar album any time soon?