Home Music Interview! Laibach on their new remix album and their unique history 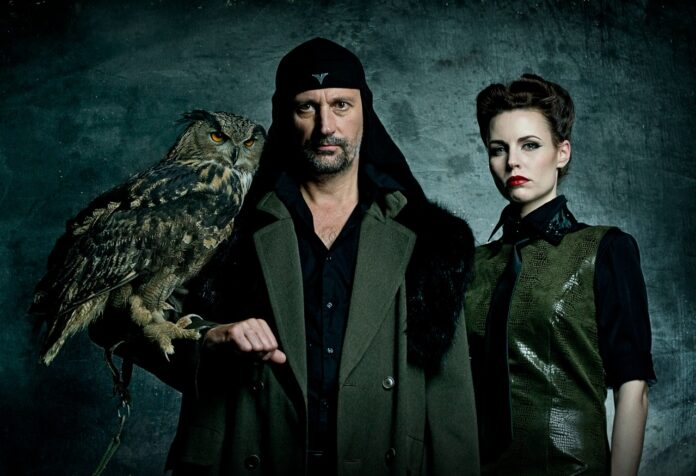 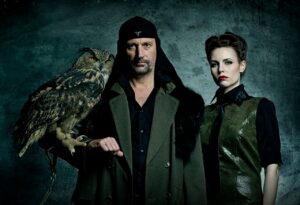 Laibach have been consistently innovative, operating on the fringes throughout their career.

Based in Ljubljana on the edge of Europe they’ve been forever on the outside looking in, reflecting the pomposity and confusion of the times with a sly and cunning wit, a sheer nerve and a musical imagination that has seen them labeled as dangerous or eccentric in equal measure as they pioneered so called industrial music.

They create confusion and debate with their records and live shows, both filled with dark and artful ideas. Their old records were dark, sombre affairs with an undertow of sheer beauty, whilst their last album, Spectre, was like artists holding up a mirror to modern pop music and turning it inside out as they sung of Snowden, WikiLeaks, protest movements, the wobbling Euro and the Arab spring in their most directly ‘political’ work yet. It was an accessible yet compelling work.

This year sees a remix of the whole album being released, with special guests called in to work on the albums tracks of dark Europop. For example listen to Marcel Dettmann’s remix of Eurovision here…

The Spectre remix album is out on Mute on March 30th 2015, featuring remixes by Marcel Dettmann, Diamond Version, Function and many more. The deluxe version of 2014s Spectre will feature the original album plus bonus tracks and SPECTREMIX, an album of remixes (also available  sold separately on the same date.)

In addition, the band embark on a worldwide tour that includes four UK shows:

The tour begins next month in Germany and includes a performance at the Kampnagel / Krass Festival in Hamburg on 14 February (with further dates to follow, full tour details below including new N American dates).

Included in the European tour dates is a performance at Munich’s Residenztheater on 11 April, part of their collaboration with the award winning Swiss director Milo Rau for his latest production, The Dark Ages. The Dark Ages is the second part of Rau’s Europa trilogy, focusing on the dark history of a Europe in the process of unifying. Actors from Bosnia, Germany, Russia and Serbia tell their stories of displacement and homelessness, of departure and arrival, of dedication and despair.

Laibach took time out to answer some questions we sent them…

Louder Than War: What can we expect of the new album- how drastic are the remixes?

Laibach: They are probably as drastic as the DJ scene in general is. Basically we asked several different DJs and remixers – from Slovenia and around – to create possible alternative perspectives on tracks from the Spectre album and result is now presented on the Spectremix album.

Would it be fair to say that Spectre was the closest Laibach have flirted with pure pop?

No it wouldn’t; we were already much closer in the past, especially with remakes like Across the Universe, Life is Life, Final Countdown, etc.

The album was almost the band’s most directly political yet – is that because no-one can afford to be poetic in dangerous times?

It really is hard to be poetic in these banal and cynical times we live in, but we believe that a good poetry can still resonate louder than a thousand guns. The best would of course be a combination of the two.

Could you explain the bands birth and the NSK art collective?

Difficult; it was a long time ago. Laibach was established in 1980 in Trbovlje, a small industrial-coal mining town in Slovenia (in the then Socialist Republic of Yugoslavia) as an avant-garde experimental, industrial and multimedia group, with music being the central tool of expression. Our first multimedia show (a concert with an exhibition in 1980) in our hometown, titled “The Red Districts”, was banned even before it happened, but the media response to the ban created a lot of fuss. Members of the group were soon called to serve the obligatory military service for 15 months. Laibach appeared again in 1982 in Ljubljana, the capital of Slovenia, with a now legendary concert in the underground club FV 112/14. The first tour in wider Yugoslavia followed, including Zagreb and Belgrade shows, as well as a headlining appearance at the “New Rock festival” in Ljubljana’s Križanke (Crusaders castle) auditorium, in front of an audience of 4000. Soon after the spectacular, but controversial multimedia appearance at the Music Biennial in Zagreb in April ’83 (along with Last Few Days and 23 Skidoo) we had our first major television appearance on national TV, an interview on the political/news programme “TV Tednik” (TV Weekly), on June 23rd 1983. The interview provoked more controversial reactions and an administrative/political ban on public appearances and the use of the name Laibach followed. Therefore we decided to ‘export’ ourselves to wider Europe. November and December 1983 saw the first European tour, titled the “Occupied Europe Tour” (in collaboration with the British group Last Few Days). The 17-date tour covered 16 cities in 8 countries in Eastern and Western Europe with the final concert in London’s Diorama, after which we signed to Cherry Red Records. Still forbidden in Slovenia and Yugoslavia, we performed around Europe, but also rare underground shows anonymously back at home. In 1984, we co-founded the NSK (Neue Slowenische Kunst) guerrilla art collective – a union of several artistic groups that were all inspired by Laibach, but worked extensively in different media.

Are Laibach still operating with the NSK?

NSK lasted as an organised interdisciplinary action till 1992, when it ceased to exist, proclaiming the NSK State as a virtual State in Time, with no physical territory, now operated directly by its thousands of citizens from around the world. As one of its creators we still generally support the idea of the State, but we feel that it did not fully succeed to develop its potentials of the utopian project. Therefore we decided to create a party (Spectre), not to replace the NSK state but to establish the possibility for the synchronised international movement and a network, whose members would critically and more actively correspond in cultural, political and social issues, locally and internationally, with our support and supervision. Unlike the NSK State, which was created as a democratic experiment, Spectre is a totally totalitarian concept. In principle it functions independently from the NSK State, but the two can also intertwine, and in time the party can become the core of The State, which already has more than 15,000 official citizens and NSK State passport holders around the globe.

Initially the band used provocative symbols to make a powerful point – and were even banned from using their name. Why were they provocative and how has this changed?

That is a complex question and can probably be answered only by a thorough analysis, but in Laibach there is always silence or scandal. This is our state of mind, our natural behaviour. We like conflicting situations, but we never provoked for the sake of provocation itself; we did it out of necessity, because by definition a work of art is no good if it doesn’t provoke – and that is a vital rule, valid in any political system anywhere. Judging by reactions we get today we provoke only by simply still existing. For instance even after several sold out shows in Paris we still have difficulties performing in France, recently we also received a ban from performing in Moscow and St. Petersburg, where the Orthodox church attacked us (through Christian Human Rights Centre) for allegedly being Satan’s worshipers – due to the fact that we have recorded and performed Sympathy for the Devil in ’80, and even the promoter in Kassel (Germany) was advised not to host Laibach’s show for god knows what reasons. So, in reality, nothing has really changed. And if it has, it has changed to worse.

Watch the trailer for The Dark Ages featuring Laibach here: