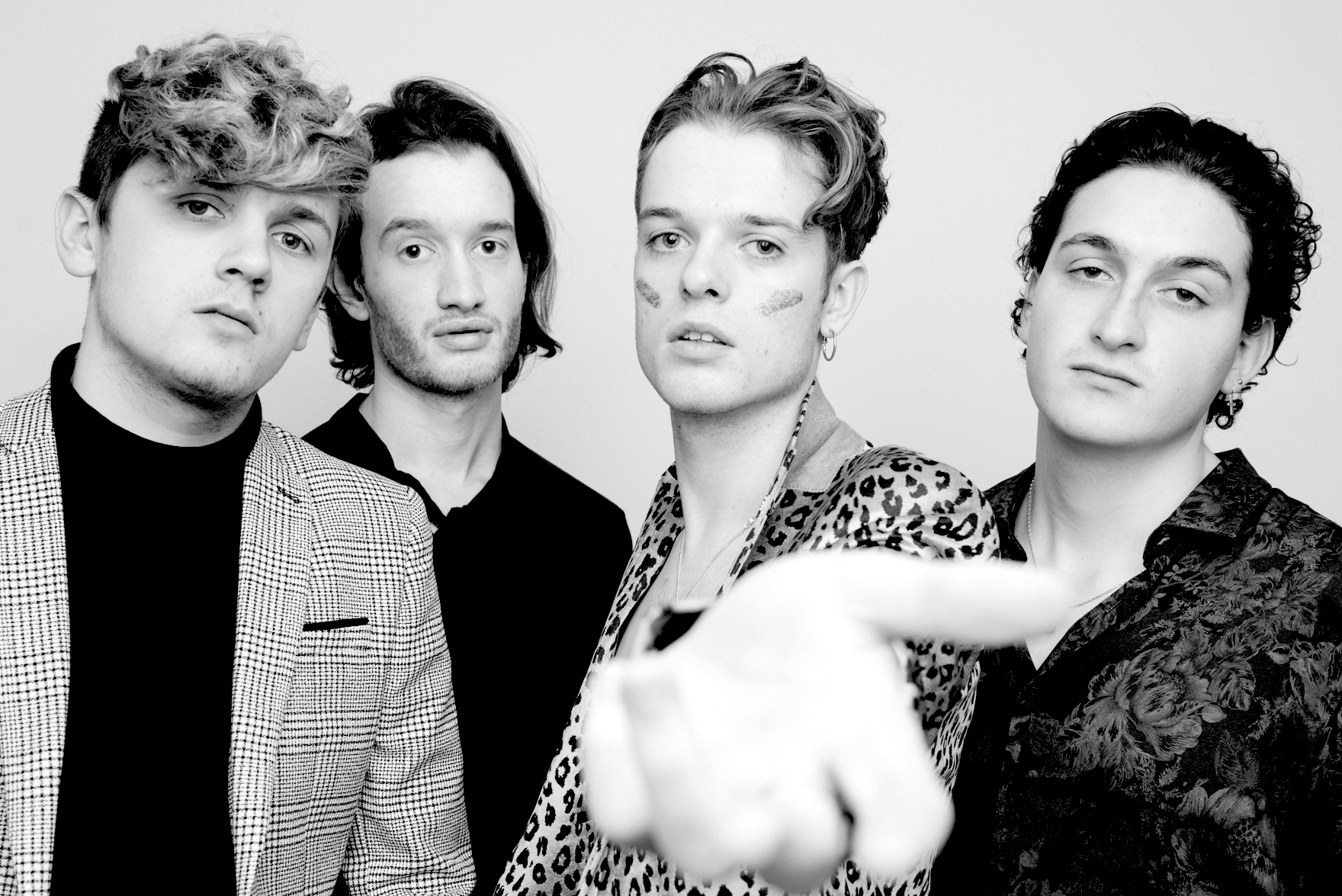 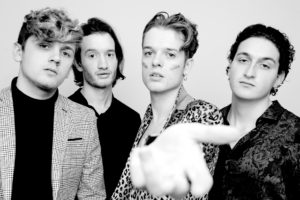 Antichrist, the new single released by the compelling and explosive band, King No-One, is an empowering anthem dedicated to those “Standing strong against the arrogance and narrowmindedness surrounding recent events happening across the globe”. As well as it having a commanding message to all mankind, it has a persuasive sonic appeal.

Recently coming off of a sold out, successful U.K. tour, they have become one of the biggest ticket selling emerging bands in the U.K. The band sparks on excitement not often heard in today’s music industry. They evoke emotion and enthusiasm from their audience, and gain new followers constantly.

The band thrives on the fact that everyone is equal. In other words, No one is the King.

Louder Than War spoke to lead singer, Zach, about the inspirations and aspirations of this captivating band.

Louder Than War: I would love some history on King No-One.

“We’ve been going at it a little bit now. There’s 4 of us, me Zach, Alex, Joe and James. Of course with a band our incentive is always the music. We found that with our music, there’s more to music than just sound. I think that music can be an art when you marry it with the right lyrical content and musical content, and the relationship between them can create art. We believe that we can reach that content like pop-modern art. That’s what we drive to, because as you may have seen the four of us have a social message that sort of stands with King No- One, that everybody’s equal. Theres an undertone on everything that gives us as far as songs a different meaning. That’s us in a nutshell.”

Louder Than War: Where are you from?

Louder Than War: Who writes your songs, and what inspires them?

“I’m the main song writer. I’m a very subconscious person and I’m driven completely by my subconscious. If I am feeling a particularly strong emotion I won’t really be aware of it until I go to a pen and paper, or I  pick up an instrument. It’s almost like I’m drawn to write the songs, it’s basically like an expression of how I feel under a certain circumstance. That’s basically how all the songs start. It’s kind of like I’m getting my head around what I want to say. I send it to the guys and then we turned it into the piece that you hear on record.”

Louder Than War: Where would you like to be in 10 years?

“In 10 years, it’s kind of far. We keep progressing and progressing. We will break Europe, and we will break America and Asia as well. I do think there’s potential there. I don’t sound very overly confident do I? It’s just how we all feel. We have already broken records were we are. Amazing things have happened to us. Our last tour was so incredible. The reaction of the people that were there, they weren’t really special shows. A lot of people who have never seen the shows said, “wow, I’ve never seen anything like that before”.  It was really about the engagement with us and the audience ….like we we’re just there to share the moment together.”

Louder Than War: Do you have a favorite song that you enjoy performing?

Louder Than War: That’s  a great song, what is the message contained I it that you are trying to bring to the world?

“It’s about the people who seem to be doing something wrong. There is always someone higher who dictates what’s wrong and what’s right. Its a song of empowerment of those people. Its a song to those people who are being oppressed, for example like homosexuality. The early 1900s and quite further than that it was seen as wrong to be homosexual. It never should’ve been. It affects people who are born with it, they don’t choose it. It’s like a song of empowerment from these people’s angle. It’s kind of like a sarcastic gesture to human history.”

Louder Than War: What is the best reaction that you can hope fore from an audience when you play live?

“I think for me the best reaction, I love it when people go crazy. I love to jump around and have the best time of it. The reaction that really gets me is when I get close to the audience, and a lot of people will just kind of cry. They just like to let everything go. Maybe they are trying to stop them selves from crying but they just kind of let go and start crying. I think there is something really special about that because they are not crying out of sadness of course,  they are crying out of joy. Crying is such a strong emotion that when I’m on stage and I see people releasing these huge emotions it makes you feel so warm inside.”

Louder Than War: When you were growing up, what kind of music inspired you?

“My mum was a bit of a hipster. She was in to alternative bands. I never really heard pop music early on, I never knew what pop music was. All the kids in grammar school were into Abba, and I never really know who Abba was, which kind of sounds ridiculous, but….. I think my first band was Radiohead. My first ever favorite song, I remember I was six years old and I was in the back of a car. This song came on that had this driving punch. I couldn’t believe it. I asked my mum to replay it three or four times. It was a song called, “Everything Hits at Once” by Spoon. I absolutely love it. It was that kind of music that I was into.”

Louder Than War: Do you have a hero?

“Yes I do. I definitely do have a hero. It’s a cat called Dizzy. It just saves my life. It fills my life with so much happiness. Humans have this real world and you have to think about everything, and I come home and see my cat, and it doesn’t give a shit about anything. It’s just happy.”

Louder Than War: I don’t think I’ve ever gotten an answer like that before. So, if you could say anything to your fans and followers, what would it be?

“That’s a really good question, I’m unprepared for this one I think. If you’re already a follower I want to thank you. It’s  not about us playing our music to you, but it’s about us all being a team. Everyone joins us.”

For all Social Media: