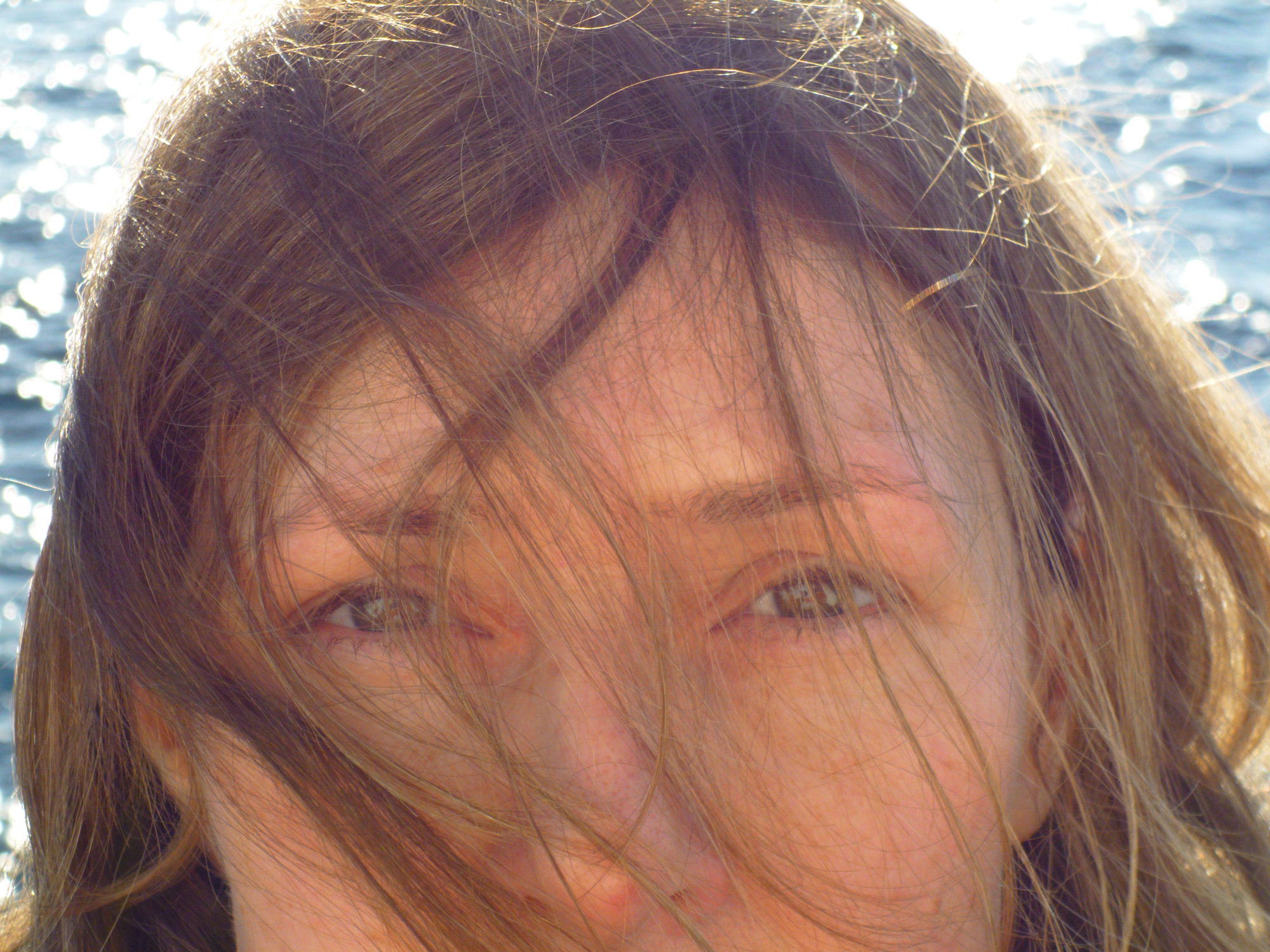 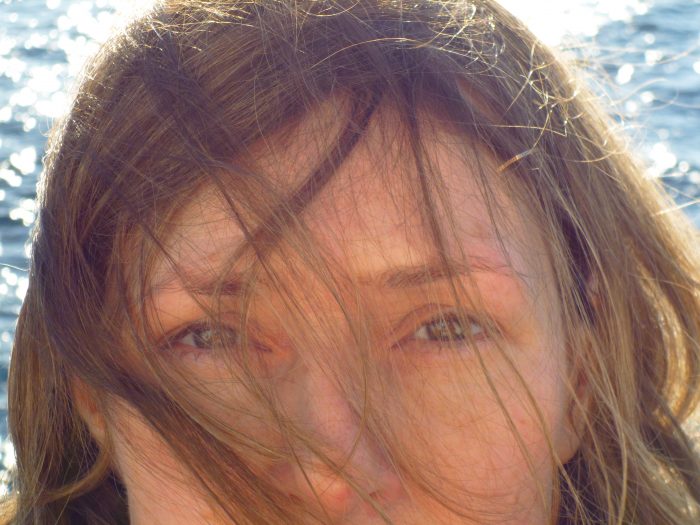 Currently working alongside Gareth Bonello of The Gentle Good, Cardiff-based musician Katell Keineg is playing a one-off show in support of Joan Osborne at London’s Union Chapel.  Louder Than War’s Melz Durston caught up with Katell for a chat.

Some stars shine the brightest when out of view, and this would be true of Katell Keineg, BretonWelsh musician who never quite embraced the glaring lights of fame and fortune, despite a voice that soars, and cuts you to the core, and a life lived fully and courageously. You can live your life in an endless wait, or build it high on the present tense, are the words Katell sang on One Hell of a Life, and she has surely lived up to that philosophy.

Born in Brittany, Katell spent the first eight years of her childhood travelling back and forth between there and Wales, where eventually she would settle with her family before leaving to study in London.  Propelled towards sonic adventures from an early age, aged 16, Katell and her friend made a pilgrimage to Bron Yr Aur, having identified where Led Zepellin wrote their third album.

“I found it on an ordinance survey map and me and my friend hitch-hiked there and camped in the garden.  They were long gone, of course!” Katell recalls.

Drawing on inspirations as varied as Greek mythology and Breton folk music, Katell writes poetic songs where every word counts and not a single breath is redundant.  Releasing her debut album in 1994, Ô Seasons Ô Castles, Katell went on to release a further three studio albums including 1997’s Jet, featuring the track The Battle of the Trees and her most recent, 2010’s At the Mermaid Parade.  Referencing The Girl from Ipanema on her track, Summer Loving Song, taken from her most recent album, this would be a pre-cursor to the work she is currently doing with saxophonist and jazz composer Marike van Dijk, alongside singer Jeff Taylor (collectively known as The Stereography Project).  They’re each recording one side of a vinyl album and playing upcoming gigs in the Netherlands.

“Marike Van Dijk has re-arranged some of my older songs for her 11-piece band, the arrangements are somewhere between jazz and experimental music and I don’t play guitar, I just sing.” Katell explains.

Katell has played with Jeff Buckley, worked with Calexico and sang with Iggy Pop, she has appeared as Levon Helm’s special guest at The Midnight Ramble in Woodstock and has dueted with Natalie Merchant.  Quite a resume for someone who naturally prefers to remain in the shadows.

In talking about her songwriting, Katell says, “I usually start with a phrase, or a word and I try to pull the melody out of the words, although lately, I’ve realised that my tunes become restricted to fit the pattern of speech. The songwriters I really admire like Ray Davies, Brian Wilson and The Beatles, are real tunesmith so I’ve been trying to concentrate more on melody than lyrics. I try not to analyse my songwriting too much though, I’m afraid it will go away and never come back.”

Perhaps Katell Keineg hasn’t penned the ultimate sing-along theme, but that was never the aim.  With songs including Hestia, inspired by the Greek Goddess of the Hearth and The Gulf of Araby, covered by none other than Natalie Merchant, Katell needn’t worry that she hasn’t quite got the tunes nailed.  The emotional weight of her vocals alone are enough.

“I’m not an extrovert, I think in a way, you don’t have to be an extrovert to be a good performer.” Katell reflects. 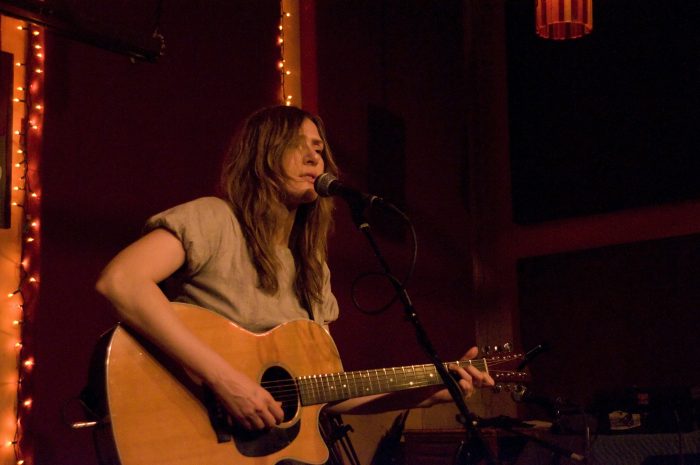 Moving to New York in 1992, via Dublin, Katell made the decision to return to a path in music, having previously been in bands since she was a teenager, but taking time away from music when she studied for a Law degree.  It was in New York that she secured herself several residencies in coffee houses including the thriving Sin-é on St Mark’s Place.  The following year, Katell released a single on SOL Records (Bob Mould’s label) titled Hestia, which would find its way to Iggy Pop, whom Katell had worked with previously on his American Caesar record.  She was later signed to Elektra Records.

“I had the major label experience, though not leading to fame and fortune. At that time, New York had a lot of places to play – coffee houses, cafés, the kind of places you could play several times a week.  They do a lot of residencies there, I think that’s a great way of trying stuff out.  I wish I had a residency now!”  Katell says.

Citing Mary Margaret O’Hara as a particular favourite, the two vocalists have much in common – not least their voices which seem to build from the depths of an invisible essence of both pain and euphoria – but both musicians never truly received the recognition they warranted.

“Miss America is one of my favourite albums, I wish she’d make more music.  That was her only album, she did a couple of EPs later on. But you know what?  If that’s got to be your only album, that’s good enough!”  Katell laughs.

“She played in Ireland when that album came out but I missed her.  I was in the other room, talking to someone!”  Katell continues.

Although Katell is now settled in Wales, her life to date has not exactly been rooted, and this has all contributed to her perspective and songwriting, something she attributes to being as widely interested in as many things as possible:

“I’ve lived a very peripatetic life, I’ve moved around a hell of a lot.  I did make a decision to move less, so I’m more rooted now than I have ever been.  I do like travelling, but you gain and you loose, when you’re constantly on the move.”  Katell says. 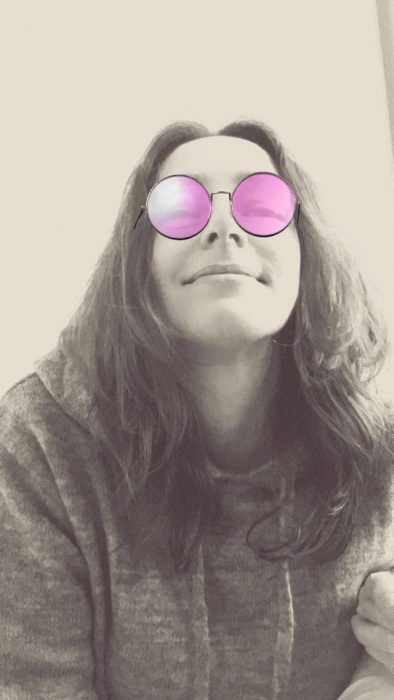 “I’m trying to be based in the one place now, I’ve discovered the joy of going to the pub quiz once a week, like normal people.”  Katell laughs.

Choosing to write and play outside of the limelight for quite some years now, Katell  has experienced both sides of the music industry coin and it turns out, the flipside has been just as rewarding, if not more so: “I got caught up in a lot of the politics at the time, mergers and regime changes. My label completely changed while I was signed to it.  That’s been the experience of lots of people.  A lot of people drop by the wayside as a result,  they don’t keep going beyond youth, especially women, unless they’ve had major success.  But no, I don’t have regrets, I think I’ve had a more interesting life than if I’d had a hit single.”

At a time when the internet was not even in existence, musicians had to rely upon the immediacy of playing out in public, making real-time connections and responding to the spontaneity of situations as they presented themselves, something that Katell appreciates more so now than ever (despite having a very lovely website and regularly updated Facebook page): “There wasn’t any internet then.  That’s completely changed everything really.  You don’t have to be physically in the same room as anyone now.  So much happens online but I’m not particularly interested in that.  I don’t think you can replace playing live, to other people who are actually present.”

Katell also learned a lot about her voice and development of performance through busking, something which she still maintains is a valuable experience in building confidence and projection:

“Busking is great!  I think it helps you to develop volume, it’s very immediate, if people like it, they give you a few coins.  There’s no middle man.” Katell says.

In 1999, Natalie Merchant covered Katell’s song The Gulf of Araby which she recorded as a live version for her own album, after Katell appeared on Natalie’s own track, Carnival for Natalie’s debut album Tigerlily, in 1995. There are now plans to include this track on her forthcoming boxset showcasing a selected discography of her work to date.  In 2010, Natalie and Katell performed the song together at Bristol’s Colston Hall.  Katell’s own version is simply recorded with vocals and acoustic guitar.

“I love her version. I’m honoured she’s recorded it because she has a lot of her own great songs.  My version is just guitar and voice, it’s really nice to hear it with other instruments.” Katell says.

Certainly, the music industry has gone through rapid changes since Katell was immersed in its politics  and more and more musicians are given the relative freedom to make music, record and promote their own material through DIY means, especially with the internet.  Yet, having the technological know-how does not always equate to being an artist.  These things, for sure, are an innate intuition – as fragile as they are visceral.

“I think it’s become extremely hard to make a living, particularly in the UK.  But first and foremost I consider myself to be an artist.  That’s a choice, it’s a vocation, more than a job. That’s either how you want to live your life, or not.  As a career option, it’s not that great but if you’ve got it in you then you need to do it.”  Katell reflects.

Apart from working alongside Dutch composer Marike van Dijk, Katell is also currently working on a script for the stage – a commissioned project, with more details to be released in the near future.  The stage-play will feature original songs written by Katell, which will be released as a album eventually.  Though no stranger to writing prose, having penned an essay on Nina Simone for an anthology book titled Here She Comes, published in 2015, this latest project is a new one on Katell:

“I’ve really enjoyed it, it’s quite a challenge writing things other than songs, it’s definitely harder. Prose is harder because there’s more of it, songs are condensed and distilled, you’re constantly shrinking things down.  But with prose, you’re making it longer, you’re elaborating.”  Katell says.

And she makes it look so simple, with just her voice and guitar to shield her from the world, she can knock you down with the sheer emotional force of her vocals, the ability to wrap up an entire novel and scatter it like sand from an hourglass, as though stopping time in its tracks.

“There’s an element of wanting other people to hear me sing my own songs, but most of all, I’d like them to have a life of their own.”  Katell says.

“When I left university, I did make a conscious decision to pursue music and now, once in a while, I wonder if I took the right path, but I know I did.”  Says Katell.

And we’re glad Katell chose music, too.  What you want, after all, is what you need.