Louder Than War talks to Jóhann Jóhannsson, the Icelandic composer who’s written the score for Oscar tipped film The Theory of Everything.

The Theory of Everything, the film which looks at the relationship between Stephen Hawking and his wife, is scheduled for UK release on 1st January. It’s already being tipped for Oscar success – and unusually not just because because it has the might of the Weinstein company behind it. Eddie Redmayne’s performance as the famous physicist has scored a Golden Globes nomination as best actor, but so too has the brilliant score for the film by acclaimed Icelandic composer Jóhann Jóhannsson. Having received an early stream of said score we can confirm that it’s intricate compositions are simply stunning and we can only imagine they provide a perfect backdrop to the film. The soundtrack is now in the shops – just in time for Xmas – and would make an ideal present for someone who likes both great film and great music!

Enraptured by the score we decided to fire off a few questions to the composer himself. They, and his answers, can be below this trailer for the film.

Louder Than War: How far along in production was it that you became involved with The Theory Of Everything?

Jóhann Jóhannsson: I came on board after shooting and when James had a first rough cut of the film.

What was it about the film that made you agree to take the job of composing the score on? I’m assuming you were familiar with the brilliant Man on Wire so the fact that James Marsh was directing it must have helped sway you?

I think it was a combination of being fascinated by the story of Stephen Hawking, which I thought would make a great movie, and the fact that James Marsh was directing. I knew James from another project which we both worked on in Copenhagen and I’ve been a fan of his work for a long time, ever since I saw Man on Wire and Wisconsin Death Trip.

How did you go about composing the score for the film? Was it a collaborative job or did you just go away and work on your own.

Filmmaking is always collaborative in general and film scoring happens in a dialogue with the director. James and I started out by watching certain scenes together and then broke them down and discussed the moods and emotional beats that occur in the scenes. We also talked a lot about where not to use music, which is just as, if not more, important. Finding the voice of the film is the most important and difficult part of scoring a movie and when you’ve found that voice you’re half way there.

What was your starting point with the score?

I usually like to start with a significant scene in the film and try things out until something clicks and starts to resonate somehow. In this case, one of the first scenes I worked on was the beginning sequence. I started playing with a four note ostinato motif, which then begins to mutate and evolve until it explodes into this very vivacious and animated piece which is then layered with harmonies and countermelodies. This four note motif became the source for some of the subsequent material in the score, so you could say that there’s a whole tapestry of patterns and melodies that blossoms from these four notes.

How does the finished score compare to your initial ideas of where you thought the score would go?

I think it’s fairly close to how I envisioned it. I was happy that I was able to keep a sense of unity to  the score. It’s a film that has a very large scope in terms of it’s timespan etc, and the challenge was to do justice to the sweep of the film while still retaining a unified vision and sound.

How does composing a score for a film compare to just writing music in general?

There are definitely differences in terms of practicalities, deadlines, schedules etc. and also the fact the filmmaking is a collaborative medium, so you’re always working as a part of a team. But putting those practical parameters aside, the raw business of writing music is always the same and I don’t really go into a different zone when I’m writing film music than when I’m writing for my own projects – it’s always the same basic process. 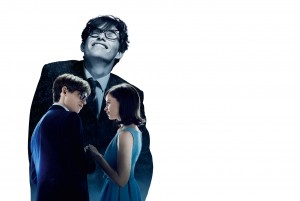 You’ve collaborated with huge variety of different artists in the past – I was especially intrigued to find out you’d worked with (Louder Than War favourites) Barry Adamson and Stephen O’Malley (from Sunn O)))). How did you come to work them and was there anything in particular you learned from each of them?

I produced and commissioned a collaborative piece between Barry Adamson and Pan Sonic, where they worked with an Icelandic choir. We recorded the piece in Iceland and it was released on CD in 2002. I wrote a piece with Stephen O’Malley and Peter Rehberg under the name KTL. They sent me a 15 minute long electroacoustic drone and I wrote and recorded an orchestral layer around the recording they sent me. The piece turned out great and we’re planning some more collaborations. I think working with different people is always inspiring and nudges you in directions where you would perhaps not have gone otherwise. I always try to find opportunities to work with musicians I admire and feel I have some affinity with.

How do you think where you were born has affected your writing?

Surroundings and the environment you grow up in always has an effect on your development as an artist. Iceland is a very creative place with a great music scene and it was a good place to grow and develop as an artist.

Does working to something specific, like a film, restrict your writing at all?

I think there are always certain restrictions in working in film, but if you think of them more as creative constraints they cease to be a problem and become an asset.

The role of the composer has changed a lot since the early days of cinema – the silent era when all films were accompanied live. Are there any silent films you’d like to compose a score for and have you any plans to accompany The Theory of Everything live anywhere?

I wrote a new score for a Soviet film from the late 1920’s called End of St. Petersburg, by Vsevolod Pudovkin around 15 years ago. I have only performed that one once live, but last year I toured with a score I wrote with the Icelandic cellist Hildur Gudnadottir for G.W. Pabst’s Pandora’s Box starring Louise Brooks, which was a very enjoyable experience. I’m a big fan of early cinema and really enjoyed doing these projects. There are no plans to play Theory of Everything live as yet, but I’m very open to it, if the occasion should arise.

Final question – what does 2015 hold in store for you? Any new projects in the pipeline?

I’m premiering a piece for choir and string quartet called Drone Mass at the Metropolitan Museum of Art in NYC in March. Then another new work premieres in May of a new audiovisual piece I’m working on called Last and First Men. Currently I’m finishing the score for Denis Villeneuve’s Sicario, which I’m very excited about as well.

All words Guy Manchester. More by Guy on Louder Than War can be found at his author’s archive. Guy tweets from @guidoman.