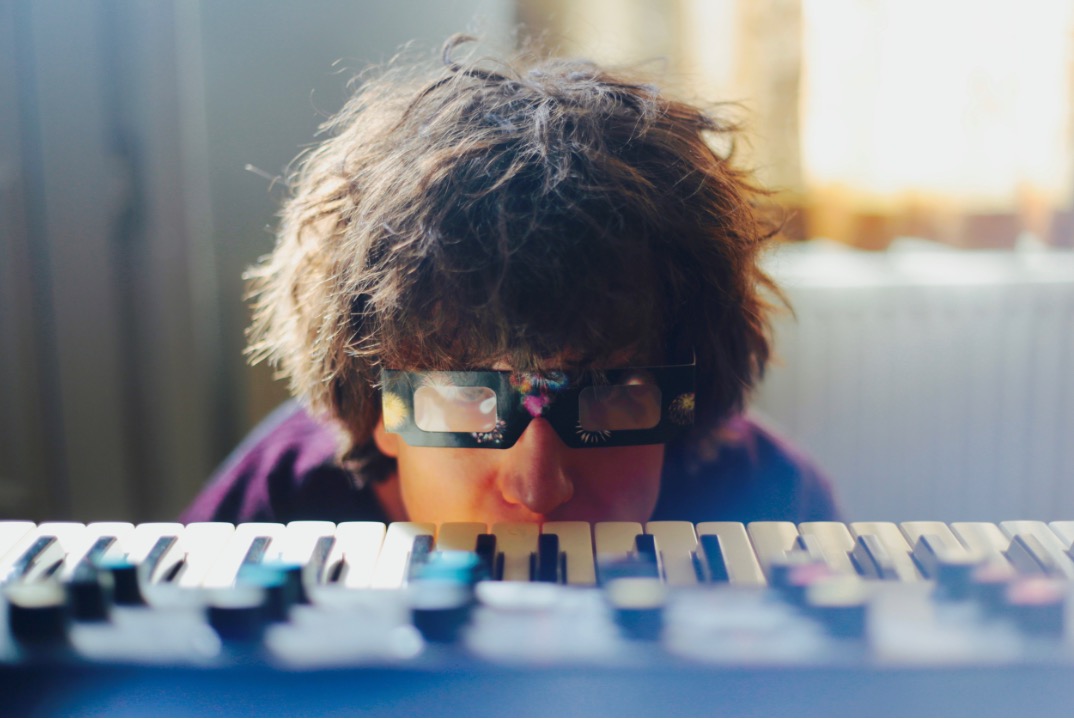 The mastermind of Tiny Eyes, Joel Evans, is a singer and producer hailing from Leicester, who is introducing his new self titled EP which is filled with soulful ballads and heart-felt melodies. To accompany his release he has also unleashed a new video entitled Falling. 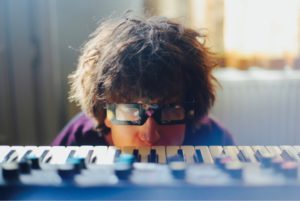 After spending some time as the frontman in a heavy rock band, Joel acquired an old piano and switched his instrument, and his genre and  began again as a narrative songwriter. Joel and I met in Starbucks and discussed his influences and music.

Why do you call yourself Tiny Eyes?

I don’t know. My friends have sort of mocked me about it throughout my life. Maybe they just had abnormally big eyes. I actually wrote a song called Tiny Eyes first and then I thought it would work as a name as well. I guess mine could be a band name. It’s nice to keep an ambiguous.

So explain yourself a little.

I’m a kind of one man band. I guess I originally grew up as a guitarist. Then I switched over to the piano, a couple of years ago. I started to write mellower songs on the piano. I sing as well obviously, I put together records.

How long have you been recording?

Well I had a band a few years ago that was kind of heavy rock. I’ve spent  several years recording with that, and then I guess I wasn’t so angry anymore. The piano sort of suited the mellower me. Somebody gave us this old piano. My girlfriend used to work in a guitar shop. Somebody came in with this piano, this beautiful old thing. I don’t know why somebody would want to get rid of it, so we decided we would have that. It ended up in our house.

Not in the worshiping kind of boy. When I was really little my parents got me into listening to the Beatles. I was a really big Radiohead fan over the years as well.

Do you have a favorite song that you’ve written?

What thrills you about playing live?

You kind of find out what works in a way that you don’t when you’re jamming stuff at home. You get an idea of what they are really in to.

Where do you wanna be in 10 years?

I just hope to have made some great records. I do this full-time and obviously making a living as an artist is everyone’s dream. You have to kind of scratch around playing here and there to pay the bills. It would be lovely to make a career out of it, out of being the artist Tiny Eyes, but I don’t want to be in that situation where the first priority of that is to have money, if that would get in the way… It’s more important to just make some really good quality music and then try and find somebody that is interested in it.

I never really thought that far a head. I’d just be happy to play anywhere with a crowd of people who are really into the music; a packed venue with the right atmosphere is cool.

Do you have any gigs lined up?

I’m keeping it strictly recordings and videos right now. Then when I’ve got a kind a barrage of songs ready, and have built a little bit of a fanbase from sharing that stuff around, then I will consider gigging stuff. In the moment it feels kind of like early days. I wanted to sort of build stuff up a bit. As well I’ve never gigged with a piano. The one I play you couldn’t see over the top to see the people, or watch their faces.

Where does your inspiration cone from?

If I’m messing about on the piano, I’ll record any ideas I have on my phone, and call them the first thing that comes into my head. For example, with one of the songs on the EP, the time signature’s in 6/8 so I called it Sixes. Then when I came back later to write some lyrics, I saw Sixes and immediately thought of rolling dice, about luck and confidence, and also the flipside of that when you just want to hideaway! So it can often be a word or phrase or random thought that sparks things off, and then I’ll take the idea for a walk and see where I end up.

More information about Joel Evans on his website/Tumbler,Soundcloud and Twitter pages.