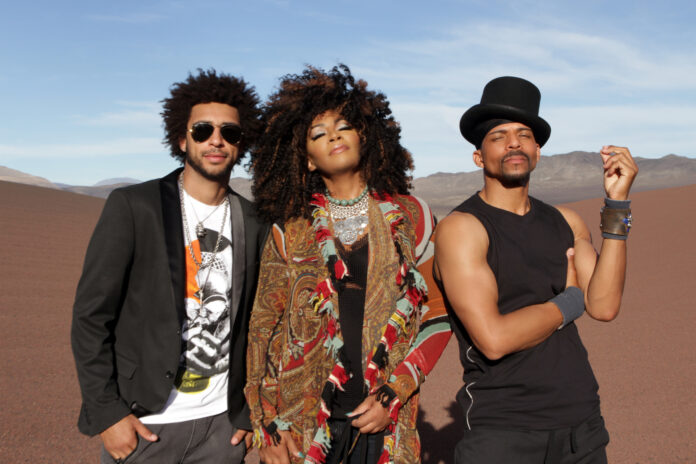 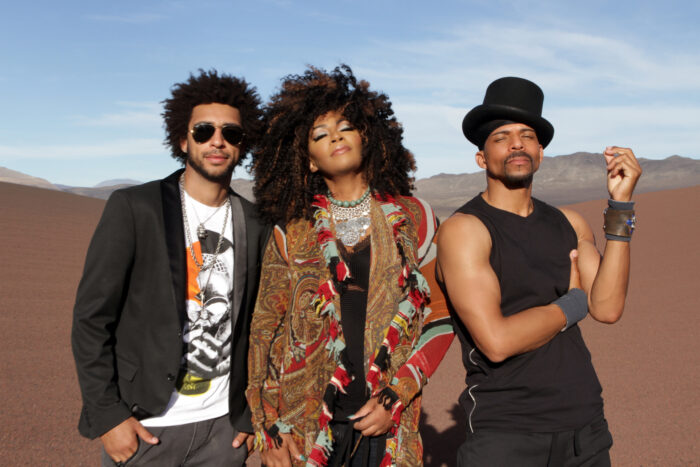 Just coming off both a high energy concert at the “Rock London Festival”, and an epic gig at Lincoln Center in New York City, R&B, pop and dance music artist Jody Watley, along with Shalimar Reloaded are currently preparing to release their new funky chic video, “SlowDance”, directed by Damien Sandoval.

R&B superstar of the 70’s and 80’s Jody Watley‘s inception into the entertainment industry was via dancing on the acclaimed television program “Soul Train”.  She ultimately celebrated such top hit singles as, “Looking For A New Love”, and “Real Love”.  Jody is presently set to release her “Dancer” remix, from her solo album “Paradise”, on October 2nd.

The group is preparing to embark on a major tour momentarily in the U.S., and plans to visit the U.K. during the upcoming year. I caught Jody Watley and the boys after they returned from their international tour, and in the midst of their celebration over the completion of the video.

Louder Than War: Did you have a great summer?

Jody Watley: We had some pretty amazing moments this summer.

Anything you care to talk about?

Rosero: London, Amsterdam, but for me New York was the highlight. The performance that we did,and all the people that were there. I love New York. I’ve been going there since I’m 18 and 19, to the clubs out in New York, and it’s just a great time.

Nate:  And for me, probably because it was the first time I’ve ever been out of the country, when we got to Amsterdam that was probably the highlight for me. I got to walk around a little bit, enjoy the scenery, for me it was a very cool experience.

And now you’re about to release his brand-new video?

Jody Watley: We are just so excited, and looking forward to seeing the finished product. The director is Damien Sandoval, he’s a new young filmmaker. We filmed it in Death Valley. It was 2000°, and so were all very happy that we survived the shoot and received the fabulousness of it all!

To me this song is very emotional, and also very sexy. Despite the fact that you almost died from the heat, how much fun was it to film?

Nate: Omg! I enjoyed it. Everyone that was involved in making the film was great. It was just great to be a part of it.

Rosero: For me it was like filming art. All these great fashions were in it, all this great art. It was amazing and a great experience.

Why do you think Death Valley was chosen for the location of the video?

Jody Watley: The scenery is so epic and cinematic and majestic and grand and all of the things that we aspire to represent!

Jody Watley: I think it’s very “Mad Max 2”, I think that the sexiness of the lyrics, the groove of it and the kind of sentiment, does anyone slow dance anymore, it’s like we were the last people on earth, myself and Shalamar Reloaded. That question will leave it open to the viewer, without being overt about it we really wanted to capture those elements, the sexiness…..when Damien the director suggested the location, we thought it would be like a film and that’s what he was very enthusiastic about. He thought we would make it a film, he wanted it to be more than just a music video. The enthusiasm and passion that all of us felt, particularly for me, was so refreshing and it kept me me energized, just being in the moment of. We were happy to be doing what we love. Damien was so passionate about the song he said he wanted to give it the video that it deserved. We can’t wait until it’s released, and that will be in the next couple of weeks.

Jody, you will also be releasing the “Dancer” remix from your solo album “Paradise”. Correct?

Jody Watley: “Dancer” is from my current album, and there are some hot remixes that I worked on with a variety of remixers, coordinated by Bill Coleman out of New York City. Bill has always done the instrumentals with a lot of these remix projects. So I tip my hat to Bill. There are eight remixes and it’s hard to pick a favorite. I hope to have everyone twirling into the new year and beyond. There’s a call, a response, a battle, it’s about confidence even if you’re not really a dancer. When I wrote it, I touched on quite a lot of different things. I had Nate, Rosero, and all the guys that I know are great dancers, kill it on the dance floor, so there’s something for everyone, hip-hop, waacking, tango, all of it. It’s a celebration of dance and confidence.

So now what’s next for you guys?

Jody Watley: Yes, we’re hitting the road. We are looking forward to many concerts coming up this fall. Some of them I can’t announce because the venues haven’t announced them yet, but straight off the bat will be in Washington DC at Blues Alley from November 6th to the 8th, and we have more music coming up, just more more more.

Now you visited the UK this summer and did some concerts there..

Jody Watley: Yes, we did the “Lets Rock London Festival” this summer. That was definitely a highlight, and we look forward to coming back to the UK to do some more concerts in the upcoming year, as well, for sure. We were very well received our first times over there and now that we were very triumphant in our performances, we will be back. There was like 30,000 people there.

Nate: That was one of the best experiences for sure walking out and having that many people cheering you on. Honestly I think we got one of the best receptions of any of the groups there.

Rosero: When you have everyone singing along with you, it’s like working with one machine.

Jody Watley: At the end of our performance we tried to take the worlds biggest selfie. It was really awesome and we posted it on our website, and on our social media. We tried to fit everybody in and it’s pretty awesome. It shows the joy in our faces and the audience, because when we said we’re going to try to take the worlds biggest selfie you see everybody smiling with their hands up. So it’s a collective of just love and joy, and that’s what music is about. I still get nervous when I’m on stage whether it’s at an intimate venue or a huge festival. When I’m on stage I’m still excited. I think it proves that I’m not jaded. So, to get the butterflies in my stomach, you know I’m still alive. Just like anything you do you want to have the touch of butterflies, that excitement. I think it’s the essence of the child in you that’s still excited. It’s just something that’s very special.

Jody Watley: Well we are going to continue on, “SlowDance” was just the appetizer. We will continue to write and record and keep building on what we’ve established in the short amount of time with the group, and for me individually as well.

Words by Eileen Shapiro, you can read more by Eileen at her Louder Than War author’s archive.